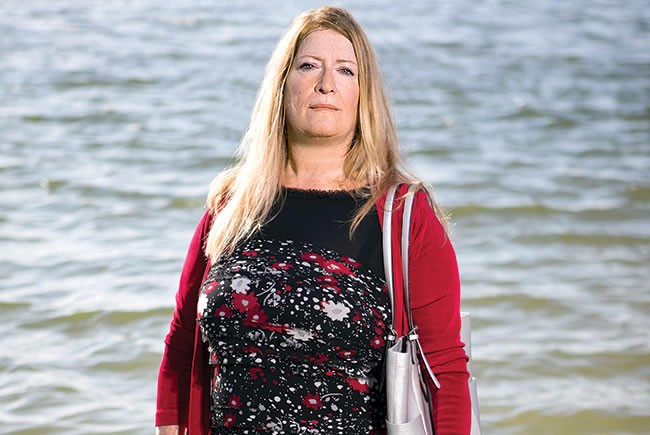 Susan Glickman, a Tampa native, lives in Belleair Beach in Pinellas County, where she runs the Florida operations for the non-profit Southern Alliance for Clean Energy.

Clean energy advocate Susan Glickman is rolling with the punches

Clean energy advocate Susan Glickman's fortunes ebb and flow depending on who's in charge.

In 2006, Susan Glickman, a longtime Tallahassee lobbyist who represents environmental interests, helped steer a bill through the Legislature that led to a new commission for addressing climate change and energy issues.

The next year, at a summit that Glickman was involved in, then-Gov. Charlie Crist signed an executive order requiring state agencies to take steps to reduce their greenhouse gas emissions. During a “stop global warming” rally in Gainesville, Glickman introduced Crist to environmental celebrity activists Sheryl Crow and Laurie David.

A decade later, times are tougher for Glickman. Gov. Rick Scott, who has expressed skepticism about the science behind climate change, avoids even using the term. The Trump administration, in addition to withdrawing the U.S. from the Paris climate accord, has disbanded a federal advisory panel for the National Climate Assessment, a government effort to summarize current and future climate change impacts.

Glickman, the Florida leader for Southern Alliance for Clean Energy, a non-profit that promotes renewable energy throughout the Southeast, jokingly brands herself “Clean Energy Girl,” a superhero battling moneyed interests in government.

“Tallahassee is very clubby,” she says. “When you have to take on the powers that be, you need to psyche yourself up.”

Glickman has been involved in renewable energy and environmental concerns since the late 1990s, when the World Wildlife Fund hired her to drum up Republican support for U.N. climate talks in Bonn, Germany.

Before that, she spent nearly a decade working on health issues, advocating for research funding to fight prostate cancer and for authorizing the FDA to regulate tobacco with the Campaign for Tobacco- Free Kids.

As a consultant for Washington, D.C.- based Trust for America’s Health, Glickman studied the connection between pollution and chronic illness. That deepened her interest in energy policy, she says. “I became more keenly aware of the link between environmental hazards and our public health.”

In 2000, she teamed with the Southern Alliance for Clean Energy, which eventually led to her squaring off against Florida’s largest investor-owned utilities over solar power.

During the run-up to the 2016 election, Glickman — joined by Tea Party activists who favor a decentralized, free-marketdriven power grid — helped launch a campaign to put a pro-solar constitutional amendment on Florida’s ballot.

Under state law, only utilities are allowed to sell electricity to consumers in Florida. Through its Solar Choice amend ment, the “Green Tea” coalition sought to allow third parties — other than utilities — to sell power.

The state’s utilities responded with a rival ballot initiative that also purported to further solar power. Glickman accused the utilities of trying to “dupe” voters into thinking the Smart Solar amendment was “pro-solar when it was the exact opposite.”

Amid the confusion, the Solar Choice amendment failed to collect enough signatures to qualify for the ballot. The utility- backed Smart Solar amendment then failed at the ballot box, leaving intact the current regulatory structure.

A third proposed solar amendment generated almost no opposition, however. Amendment 4, which was put before voters by the Legislature last year, received 73% approval statewide, providing property tax breaks for solar arrays — benefits that flow to utilities and their large-scale solar farms as well as to consumers.

Government attorney Lila Jaber, a Gunster shareholder whose clients include Gulf Power [“A Low-Key Approach,” page 58], says of Glickman, “She’s tenacious and advocates for issues for which she has strong beliefs.”

Today, Glickman finds common ground where she can. She’s a Scott appointee to the Florida Commission on Community Service (aka Volunteer Florida) and has begun working to advance electric vehicle technologies by recently joining the Drive Electric Florida, a statewide coalition that includes utilities.

Meanwhile, Glickman also hopes to forge an agreement among Tampa Bayarea leaders similar to what’s been done in south Florida. The Southeast Florida Regional Climate Change Compact, adopted in 2010, lays out strategies that local policymakers can use to prepare for rising sea levels and other potential impacts.

“If you get into a real conversation about values with people, you realize most of us are closer aligned than you’d think,” she says.

Florida director of the Southern Alliance for Clean Energy

Education: Bachelor’s degree in speech communication from the University of Texas at Austin (1981)

Background: A Tampa native, Glickman grew up in a traditional Jewish family and attended an allgirls Catholic high school. “We talked about politics at the dinner table,” she says. “At school, I was influenced by the notion of giving back.” In the 1980s, she became involved in the political campaigns of her brother, Ron Glickman, a former Hillsborough County commissioner and Democratic state representative. Eventually, she transitioned to issue-oriented work.

Notable: In 1992, she was founding chair of the non-partisan Florida Commission on the Status of Women after it was re-established through legislation she helped pass.

Quote: “When working with policymakers, you have to have a short memory. You just never know,” she says. “Politicians will change their positions on issues.”