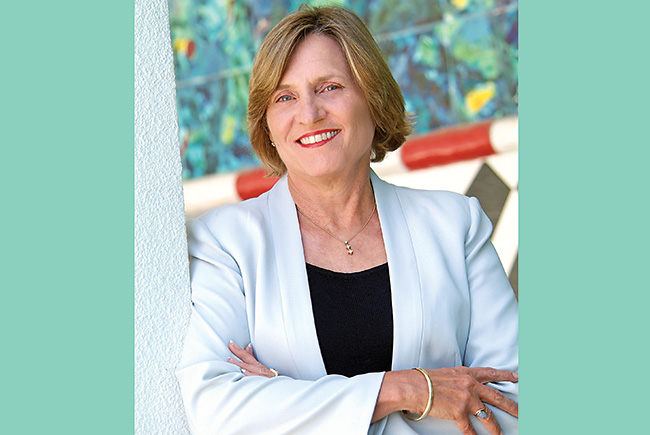 Retired FIU dean Joyce Elam said, "We tell women, 'don't eat lunch at your desk every day.' You have to have a plan for going out and forming relationships."

In 2007, Joyce Elam, then dean of the college of business at Florida International University, was lamenting the confidence gap between men and women — specifically, how women are less likely to apply for jobs they’re not 100% qualified for.

To help address the gap, Elam created a four-day training and education event for women in south Florida.

The annual Women Leaders Program at FIU has since helped more than 600 mid-career professional women develop and hone their leadership skills. Participants tend to be in their late 30s or early 40s and work in a range of industries, including banking, health care, military/defense and retail. The seminars encourage women to identify and focus on their strengths rather than problem areas.

“Research shows that if you lead from your strengths and what you’re good at, you’ll lead with a lot of confidence,” Elam says. A native of Corpus Christi, Texas, Elam earned a bachelor’s and doctorate from the University of Texas. After working for a decade at her alma mater, she joined the faculty at FIU and eventually rose through the ranks. In 1997, she became the first female dean of FIU’s business school.

Elam, who retired as dean but remains faculty director for the Women Leaders Program, spoke to FLORIDA TREND about the challenges facing female executives, why more women aren’t in charge and about breaking down gender barriers.

Her personal background: “My parents didn’t go to college. They had a high school education. My father worked at an oil refinery, and my mother was a secretary. I don’t know that I had any real aspirations. I had two sisters, and we were all encouraged to go to college. I was really good at math. A high school math teacher told me it’s what I ought to do, and so I majored in math in college. Both of my sisters ended up being teachers.”

On the dearth of women in C-suite positions: “A lot of it has to do with networking and building relationships. Women often get too focused on just doing the job and think they need to spend all of their time working. They don’t understand how important it is to build relationships with others who are going to help them do their jobs. We tell women, ‘don’t eat lunch at your desk every day.’ You have to have a plan for going out and forming relationships. It will pay off for you in ways you can’t even envision right now.”

On work-life balance concerns: “Many women opt out from seeking leadership positions because they think they’re not going to have a life. Or they think it’s really lonely. They don’t have a good idea of what it’s like. Yes, it is demanding. But let me tell you, I take two weeks of vacation every year. I don’t sleep with my phone on my pillow. I turn it off. I set boundaries. It’s doable.”

On being named FIU’s first female business dean: “I think it was hard for some of the male professors. But I think they would have been hard on anyone new coming in. It’s hard to be dean of a business school, man or woman. It took them a little while before they figured out I was OK. You just try to let them get to know you, be open and transparent, and be true to what you say you’re going to do, and they’ll come around. I would give that advice to anyone who’s a new leader, not just to a woman.”

On what companies can do to increase the number of women in leadership roles: “A lot of times, companies do things unconsciously that make it harder for women to shine. A recent study looked at reference letters for men and women. What it found was that most of the reference letters for women talked about their softer side, how good they were with people, how collaborative they were. The reference letters for men talked about how forceful they were, how they take charge and can get things done. Now, when I write a reference letter, I make sure I put in there, ‘This woman is take charge, gets things done, and oh, by the way, is also collaborative.’ Just look and see if there’s something you’re doing that in a very unconscious way is preventing women from fully competing with men.”

On the best industries for women leadership: “I don’t know that there is a big difference. We’ve found women who’ve done pretty well in all industries. Maybe in health care you have a level playing field. It’s not very difficult to find women who are chief of medical staff or dean of a medical school. We do have a CEO of General Motors, so it’s possible. I think it’s the company culture that matters rather than the industry.”

Ana Lopez-Blazquez was already chief strategy and transformation officer at Baptist Health South Florida when she took on a third role as head of a for-profit subsidiary overseeing the organization’s real-estate holdings. The new position involved more day-to-day operational management than she was used to, and “being a female leader added some complexity,” she says. To ease the transition, Lopez-Blazquez attended the inaugural Women Leaders Program at FIU, where she honed her executive skills and gained new insight into the unique challenges that female leaders face. This year, she returned to the program as a keynote speaker, telling participants, “Don’t aspire to be like the guys — revel in the difference.”