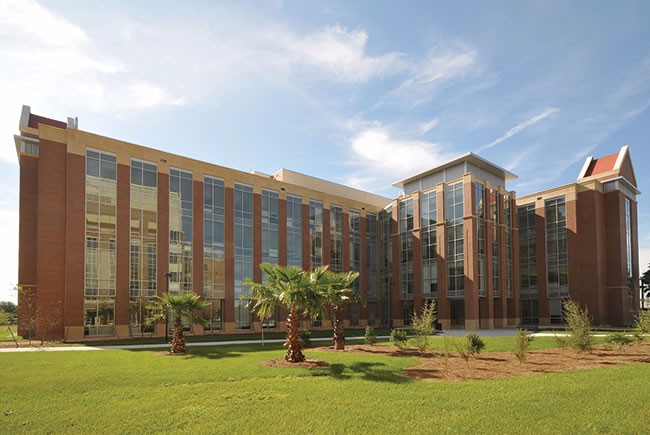 The Emerging Pathogens Institute now has its own 88,000-sq.-ft. building with 200 affiliated faculty. 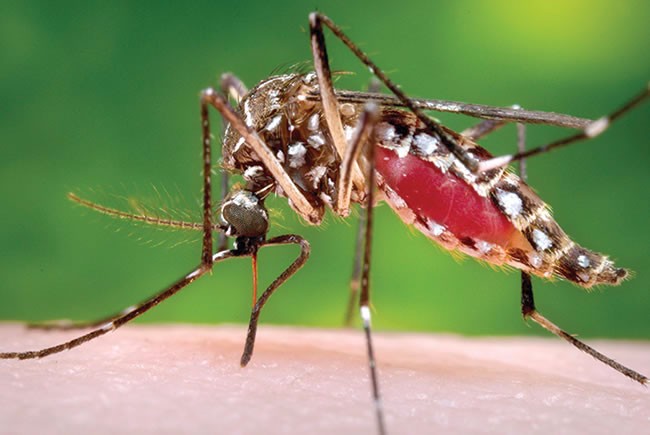 Research on the mosquito-transmitted Zika virus was funded in part by the European Union. 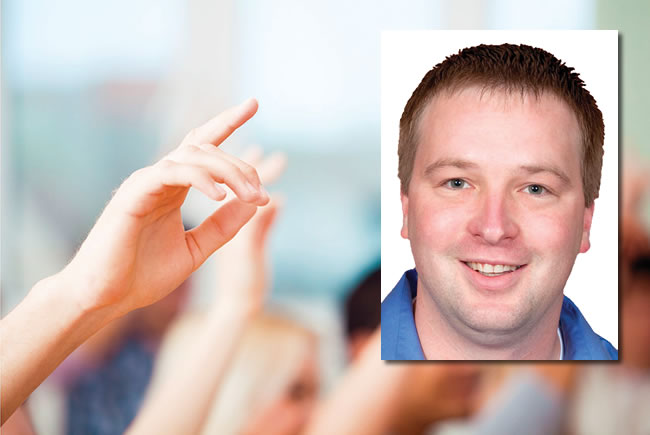 Associate professor Brad Cox received $300,000 to study how best to get students with autism to excel in STEM-related fields. 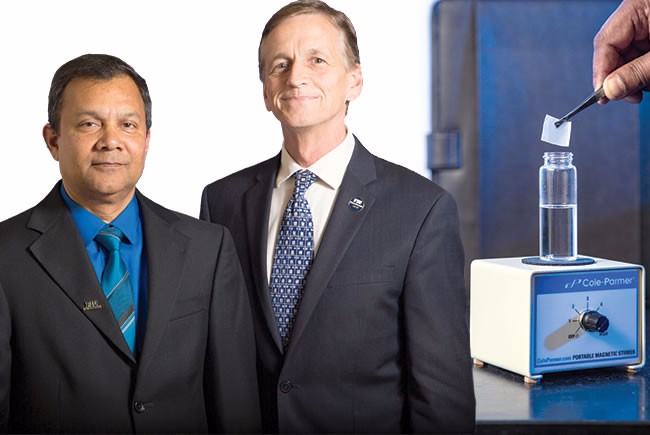 Abuzar Kabir (left) and Kenneth Furton found that cotton muslin, when coated with a special polymer, could better allow scientists and other experts to separate compounds in samples. 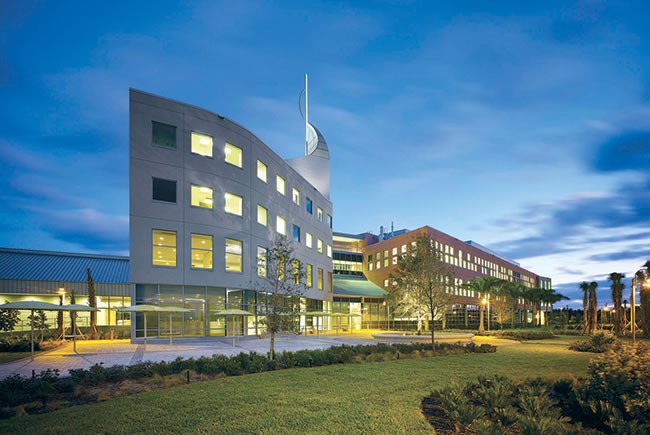 Scripps shares equipment and facilities with the Brain Institute. 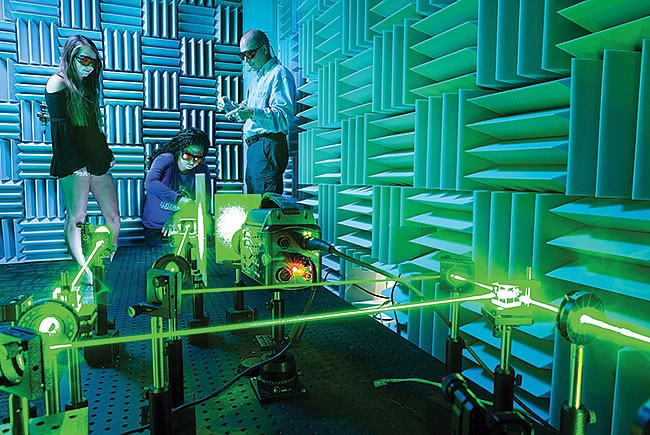 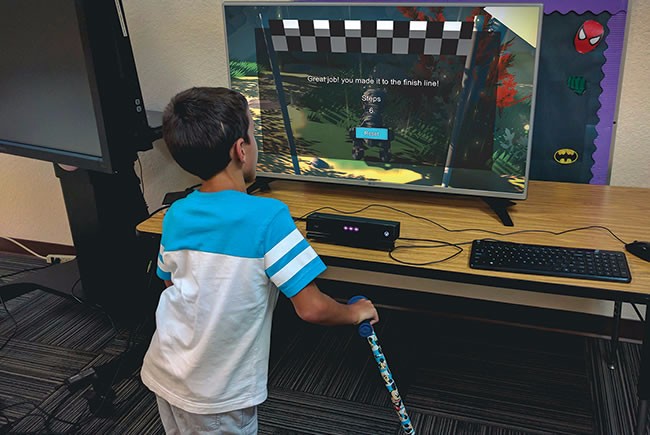 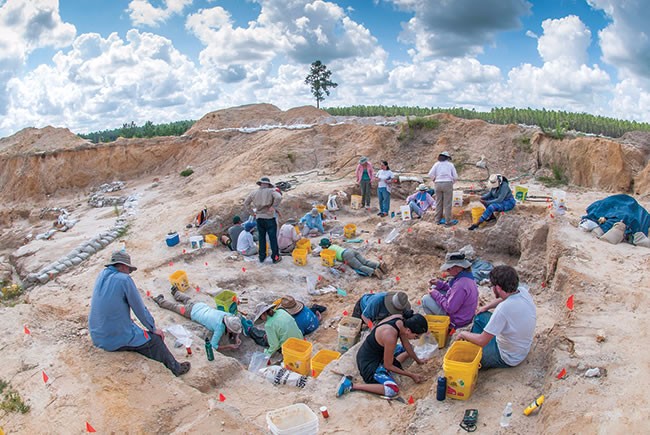 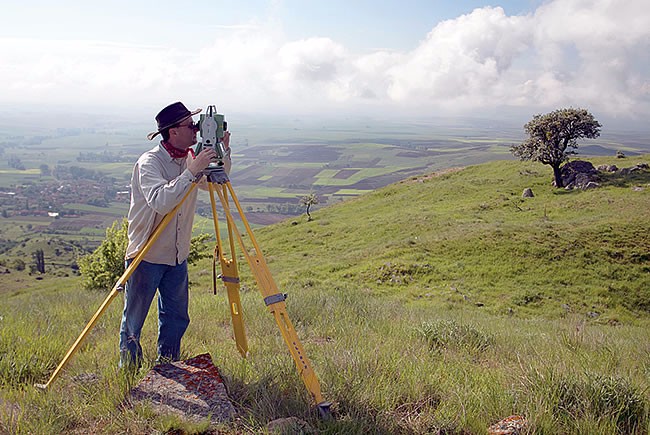 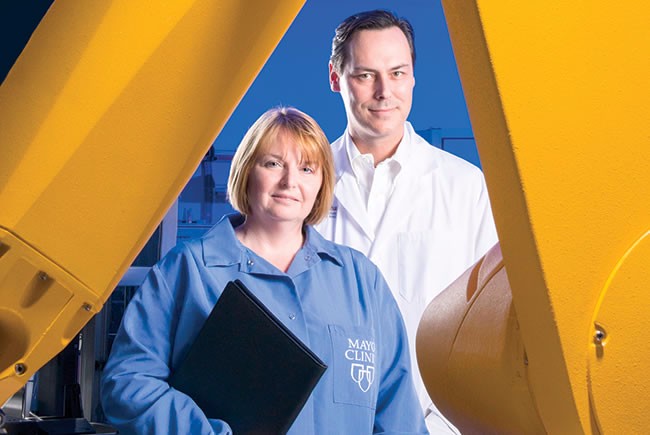 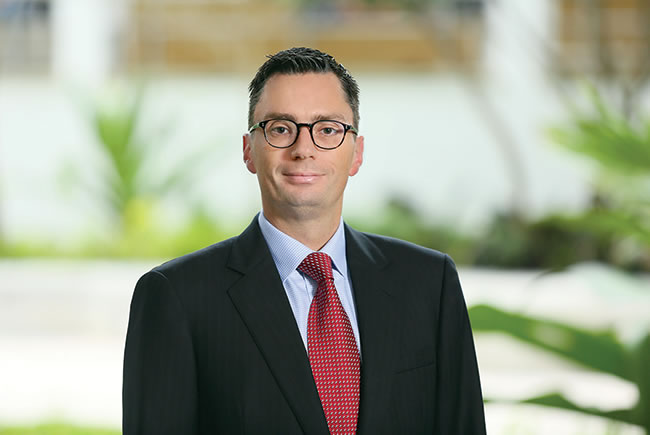 Professor Henrik Cronqvist: Investors are turned off by red.

The virus, however, provides an example of what Morris sees as the problem with pathogen research. The public’s attention span — and government funding — is too short. What’s needed is a standing emergency fund to address novel outbreaks and also more continuing funding into known ones. He cites the unexplained mysteries of Zika, including why an obscure African monkey virus broke out with previously undocumented side effects in Brazil in 2015. “There is a huge amount of science that still needs to be done on Zika,” Morris says.

The Legislature appropriated $55 million in 2006 to create the Emerging Pathogens Institute to focus on human, animal and plant pathogens — an unusual trio. Morris became its first director the following year. “When I got there, I had a small office in a little shed,” he says. The institute now has its own 88,000-sq.-ft. building and 200 affiliated faculty from 11 UF colleges. Its research is funded by grants, about half from the National Institutes of Health and the other half from a mix of federal departments and, for one Zika research project, the European Union.

Morris can reel off dangers from pathogens spread by bugs, people and food. Viruses evolve constantly, and modern travel allows them to spread fast. “You can have a problem in Korea or Afghanistan, and in 24 hours it’s a problem in Orlando,” Morris says.

“If you ask me what my major worry was, it’s probably influenza,” he says. “All it takes is a couple viruses getting together in a pig in Iowa, and we could lose millions of people.”

“There is a huge amount of science that still needs to be done on Zika,” says J. Glenn Morris Jr., director of the UF’s Emerging Pathogens Institute.

Every year, about 16,000 people diagnosed with autism head off to higher education. Roughly one in three pursues a degree in science, technology, engineering or math. Unfortunately, people on the autistic spectrum often don’t do well in college or in employment. Florida State University College of Education associate professor Brad Cox last year received a nearly $300,000, three-year grant from the National Science Foundation to figure out the prevalence of autism-related characteristics among STEM students, see how it affects their performance in “gateway” STEM classes such as calculus and chemistry and investigate how formal disability accommodations play out. Cox’s grant says “the very traits that can cause students with autism-related characteristics to struggle in college classrooms may also serve as a springboard from which this population can make distinctive contributions to STEM fields and workplaces.” Cox founded the non-profit College Autism Network to facilitate the translation of research into real-world improvements for students. Says Cox, “We’re hoping our study will begin to show schools how to unlock these students’ potential for college success.”

Here’s the problem in chemical testing for medical labs, coroners and environmental scientists: Analyzing a substance — blood on a towel, for example, means separating it from the sample, and that takes time, solvents and expensive equipment. At Florida International University, Kenneth Furton, FIU’s provost and an analytical chemist, and Abuzar Kabir, an analytical chemist and materials expert, found a way to simplify things. They found that by coating cotton muslin — an everyday textile — with a special polymer, it would soak up enough of a component from a sample in 15 minutes to allow a chemical analysis. More component means more conclusive results. FIU, which holds a patent on the method and process, is working on commercializing it. FIU says researchers at 30 universities globally have invested time in validating different applications of the technology and have produced more than 25 peer-reviewed articles for publication. “We hope this will be a game changer for the industry,” Furton says.