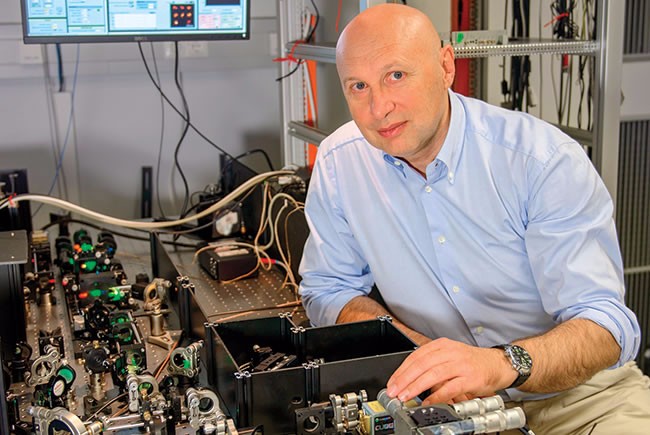 Stefan Hell — in his optics laboratory at the Max Planck Institute in Germany — is taking a sabbatical to work at the Florida branch of the research institute. 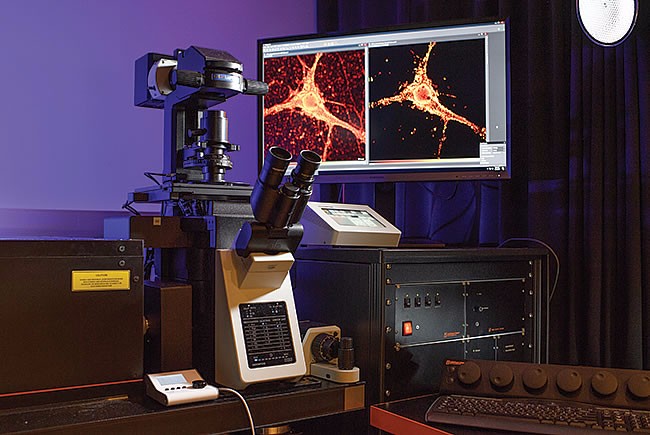 Hell’s microscope allows researchers to see down to 20 nanometers, a 10-fold advancement beyond what previous microscopes could see. A human hair is about 75,000 nanometers wide. 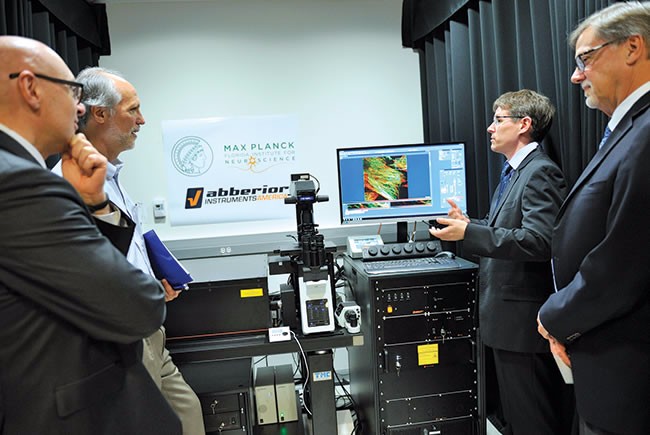 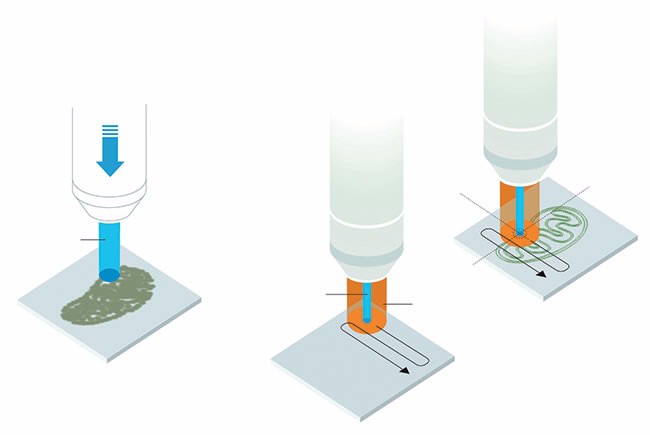 Traditional microscope (left) with a single exciting beam. Hell’s approach uses two laser beams (center and right). The first scans and “excites” the molecules; a second laser then “quenches” the fluorescing molecules aside from those within a certain desired volume. 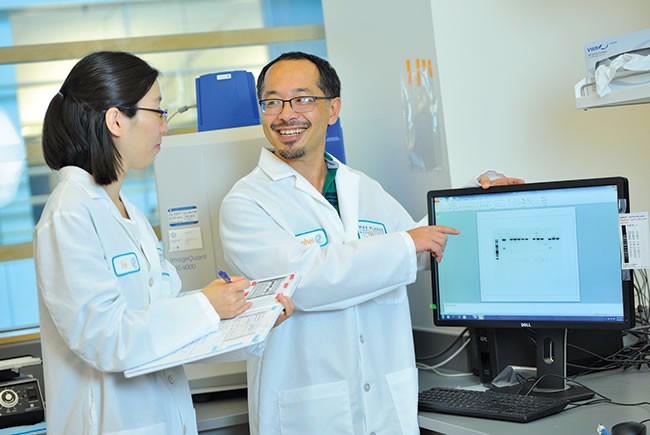 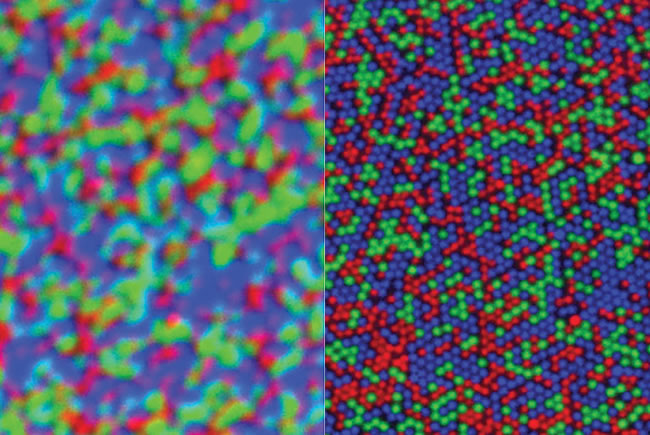 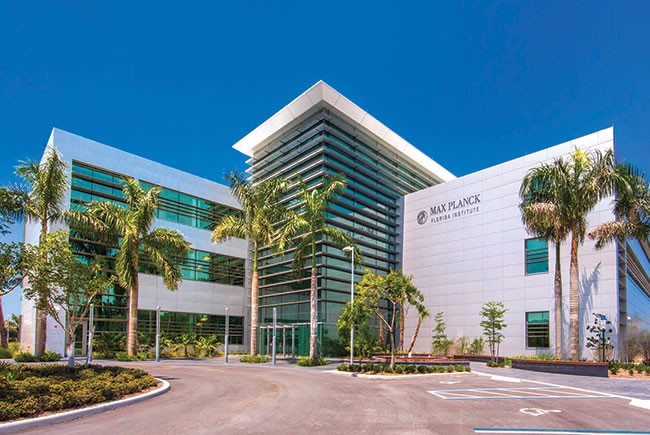 Max Planck Florida occupies a 100,000-sq.-ft. building on the campus of FAU in Jupiter. 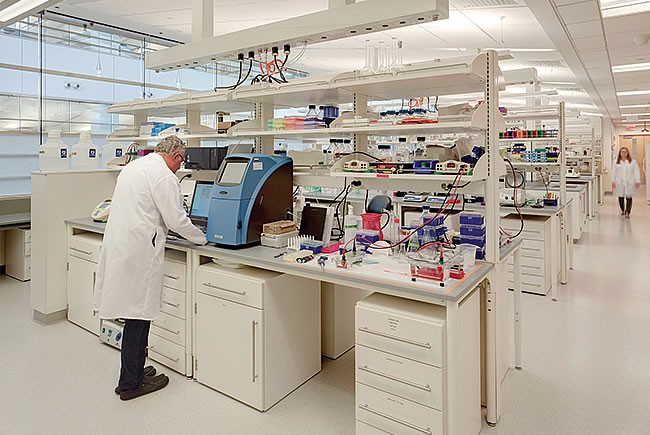 In 1873, German physicist and optical pioneer Ernst Abbe discovered the limits of “microscope resolution” — how precisely an optical instrument can focus light, and thus how small an item can be seen clearly. Abbe found that the laws of physics make it impossible to get resolution on objects smaller than half the wavelength of light — about 200 nanometers. That’s really small, a fifth of a thousandth of a millimeter, or about a hundredth the width of a human hair.

Abbe’s discovery of the “diffraction barrier” was a breakthrough, but it was also bad news for researchers. Microbiology had been born thanks to microscopes, and much of scientists’ understanding of biology had come from being able to see microbiology at work.

For scientists, it was akin to learning that they’d be able see details on the facade of a building without being able to observe how the people inside lived. Post-Abbe, researchers knew they’d be able to see larger parts of cells but never examine a cell in molecular detail — unable, for example, to observe molecules forming synapses between nerve cells. Or see how proteins aggregate in disease.

That was the state of affairs until 2000, when another German physicist, Stefan Hell, proved he could do an end-around past the resolution barrier by using lasers and fluorescence. His microscope sees down to 20 nanometers, a 10-fold step beyond the diffraction barrier.

For that solution, he and two other researchers — who came up separately with their own end-around — were awarded the Nobel Prize in chemistry in 2014. “Due to their achievements, the optical microscope can now peer into the nanoworld,” the Royal Swedish Academy of Sciences said in announcing the award. “Today, nanoscopy is used worldwide, and new knowledge of the greatest benefit to mankind is produced on a daily basis.”

Perhaps some of that new knowledge will be discovered soon in Jupiter, Florida, home of the Max Planck Florida Institute for Neuroscience. Hell, 54, arrives there in January for a sabbatical from his job at the Max Planck Institute in Germany. The Florida institute also has become the U.S. base for Abberior Instruments America (a play on Abbe’s name and “superior”), Hell’s small firm that makes and sells his microscopes to research universities and organizations.

Max Planck Florida purchased one earlier this year — an “unprecedented level of imaging,” institute scientific director and CEO David Fitzpatrick says. And Abberior has based a second there so it can show scientists around the nation its potential. “It was a very easy choice to come here because there’s been such a good reputation that has been built up here,” Hell says.

Traditional microscopes allowed resolution no better than half the wavelength of light, meaning a scientist could see a cell, but not the individual molecules inside the cell. Stefan Hell came up with a way to bypass that limitation.

Hell’s approach uses two laser beams. The first scans across what the researcher wishes to view and “excites” the molecules inside the cell that fluoresce. A second laser then “quenches” — turns off — the fluorescing molecules aside from those within a certain desired volume. The researchers know exactly where the beam hits the sample and use that information to process the image.