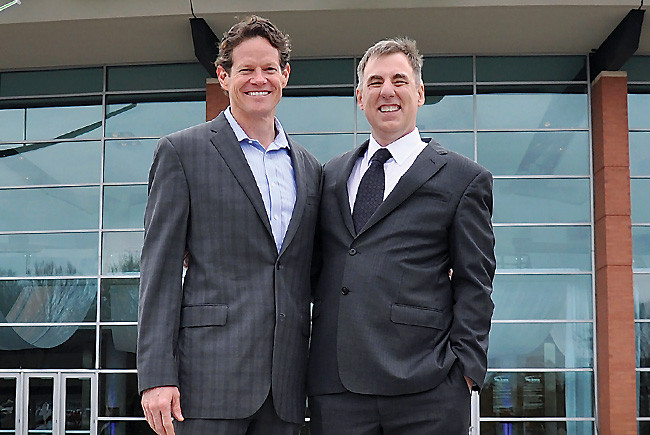 In 1987, Darin Cook, right, graduated from the University of Florida with a bachelor’s degree in statistics. After working as a stockbroker and then pursuing a math degree, he became a natural gas buyer for six municipal utilities, including Gainesville Regional Utilities, where he knew Rich Blaser, a business and finance graduate of Florida State University. In 1994, they created Infinite Energy. 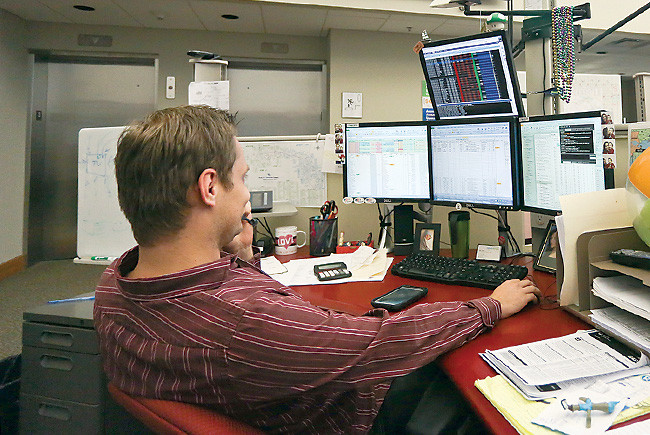 Supply side: A Gainesville company supplies natural gas to utilities in 15 states

Infinite Energy supplies natural gas to utilities in 15 states — and is pushing for deregulation in Florida's electric power markets.

In the late 1980s and early 1990s, the federal government restructured the regulations governing the operators of interstate natural gas pipelines. The changes meant that gas customers no longer had to purchase gas from the pipeline operator. They could buy directly from gas producers or third-party marketers.

At the time, Darin Cook, a former stockbroker, was working as a natural gas buyer for Gainesville Regional Utilities, where he knew a young accountant named Rich Blaser. Together, they saw opportunities in the industry and decided to create a gas wholesaling company.

“We took about three months to write our business plan. Rich and I would play racquetball, then go to work,” Cook says. “Once we had a plan, it took us about two years to find a backer.”

In 1994, Cook and Blaser secured funding from a pipeline group in Louisiana and began supplying gas to wholesale customers in Florida. “We made some good arbitrage plays and became profitable quickly,” Cook says.

Their company, Infinite Energy, based in Gainesville, now supplies natural gas to 15 states, including Florida. The company searches the commodities markets daily for the best prices on natural gas and arranges for delivery through any of 27 pipelines. Local utilities then deliver the gas to homes and businesses.

Today, Infinite Energy, which also sells electricity on a retail basis in Texas, generates annual revenue of nearly $460 million and employs about 340 people. Cook and Blaser, who share leadership duties as co-CEOs, own 97% of the company.

Infinite Energy almost didn’t survive its early years. Originally, it had a partner that was acquired by a company that Cook describes as “not so ethical.” In 1997, “we saw that they were doing some weird stuff, and we broke with them,” he says. “It’s fortunate that we did. About four months later, they went bankrupt. They could have dragged us down with them.”

Infinite Energy expanded to Georgia in 1998 and to New York and New Jersey in 2004. In 2010, the company began selling electricity to homes and small businesses in Texas, where lawmakers had deregulated the state’s power market to allow retail price competition. Under the Texas system, Infinite Energy buys power from private power generators and resells it to consumers, handling service and billing issues. Only the power lines remain regulated. Infinite Energy is one of dozens of retail electric providers offering hundreds of different price plans statewide. Cook calls Texas “our fastestgrowing market.”

The company is now considering expanding to other U.S. markets where regulations are changing, including states such as Nevada, as well as internationally, to Japan. Meanwhile, Cook and Blaser are pushing for retail electric choice in Florida, via a system akin to what exists in Texas. (While Florida allows commercial and industrial customers to choose among multiple gas providers statewide, it maintains a traditional monopoly priceregulated franchise system with its electric utilities.)

Earlier this year, Florida Energy Freedom, a Gainesville non-profit led by Blaser, filed a proposed amendment with the Florida Constitution Revision Commission to allow competition in the state’s electricity market. The commission could decide to put the issue on the 2018 ballot. If 60% of voters favor the measure, the Legislature would then need to enact legislation.

Infinite Energy’s stance on electricity competition has put it at odds with Florida’s monopoly utilities, which are among its biggest wholesale customers for natural gas. Even so, Cook says, “we’re very big in Florida. It’s tough not to do business with us.”

Quote: “It’s a very complex industry. Each pipeline has what’s called a tariff, which is anywhere from 200 to 500 pages long,” Cook says. “It’s also very strategic — where am I going to get gas, and how am I going to get it to Florida?”

Infinite Energy occupies a 55,000-sq.-ft. headquarters complex in Gainesville. In addition to customer service representatives and computer programmers, the company employs energy traders, who search commodities markets daily for the best prices on gas and electricity. “We’re buying close to $50 million in natural gas a month,” Cook says. The traders “have to find the cheapest and most reliable way to get it to our customers.”