NOTE: This is a longer version of the interview that originally appeared in the May 2012 issue of Florida Trend.

» I dared to go into Costco the other day. I thought, "What the hell," so I walked in. Everything was fine until I was trying to find a little tiny paintbrush and some paints and I turned around and there were eight people staring at me. I was in line to check out and the manager came over and said, "Can I help you get through this?" And I said, "No, no, I'm fine." Suddenly, I'm signing autographs and if you sign one, you have to sign another, and people are getting PO'd because you're stopping the line, so you have to step out of the line, but you can't go back in, so you have to go to the back of the line. Eventually, I said to the manager, "I'll take you up on that offer." 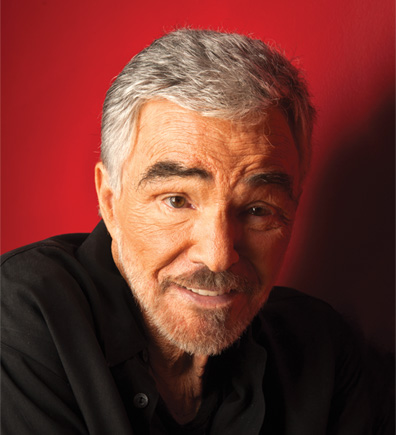 » I was walking with Marilyn Monroe on our way to the Actors Studio and she just had on an old football jersey and pair of slacks, no makeup, and we're walking on Broadway. We're just coming up to Childs Restaurant and I say to her, "You know, this is amazing Marilyn. We've been walking four blocks and nobody is bothering you." And she went, "Oh. Want to see her?" I said, "What?" She says, "Do you want to see her?" Now, she didn't take off any clothes. She didn't do anything, except change her posture. We took about four steps and it was damn near a riot. We needed the police to get us out of there.

» Growing up, I was enormously shy. I would hide behind being a jock.

» My freshman year at FSU, I started two games. My sophomore year, I was a starting left halfback, but before the first game, in practice, a guy hit me — the play was over and he just came in and cut me on the side — and I ended up eventually needing four knee operations. It really was devastating emotionally and in every other way. It was very difficult for me to get it through my thick head that there was possibly something else you could do at the university besides play football and chase Pi Beta Phi's.

» I came home, recovering from the knee operation, and they wanted me to pick up some credits because I was going to try to come back and play. I enrolled at Palm Beach Junior College. I was in an English literature class and, like all good football players, I was on the last row. Watson Duncan, the teacher, was talking about Byron, Shelley, Keats and he waved me to the front of the class. I though, "Oh no, I'm in trouble. What did I do?" He said, "I want you on the front row,' and I said, "Why?" and he said, "Because you're going to be an actor." I thought he was crazy, but I thought maybe I'd get a good grade, so I sat on the front row. And then he said, "At 12 o' clock tomorrow, we're having readings for a play and I want you there."

» The play was 'Outward Bound,' which is a magnificent play. He gave me the part of this tragic character who was an alcoholic and I was in a perfect mood to play the most tragic character on the planet. I was never a drinker because of being a jock, but I understood the part about having your dreams come to an end and feeling totally impotent and hopeless. Opening night, it felt like when I was 9 or 10 years old and I walked on a football field the first time. I thought, "I'm home."

» I think it's a tragedy what's happening to our beaches, that we're not taking better care of them. The sea turtles come ashore and it becomes a show. Some people think it's funny to turn them around the wrong way and that makes me crazy.

» The other time my father arrested me I was stealing donuts. It was a silly thing, you know, but it's still stealing. The donuts were set out at 5 o' clock in the morning at the stores and my friends and I, we'd go by and take some donuts. It wasn't like stealing jewels out of Doris Duke's house, but it was getting a couple of donuts and giggling about it and going down to the beach and watching the sun rise out of the ocean. When I wasn't fighting, I was eating donuts and looking at sunrises.

» I live in Jupiter because people here aren't constantly talking about show business.

» We just had our 40th reunion of 'Deliverance.' Jon Voight and Ned Beatty, they still think I'm Lewis, the character I played. Regardless of their success — Ned has been nominated for an Academy Award and Jon has won one — regardless of that, they say, "Where are we going for dinner Lewis? Can we go to dinner?" I have to tell them what to do.

» Playing college football was a wonderful time for me. When I think of it, I have nothing but great memories, despite the fact that it was brutal. It was hard to watch guys getting hurt and being cut and their dreams, since they were old enough to dream, were suddenly over.

» I remember when I was in high school, my football team when over to play St. Pete. It was my senior year. My girlfriend and I were walking around the city and seeing how many of those green benches we could sit on in the space of a half hour. We got up to 100.

» My part in 'Deliverance,' Lewis, was the most gratifying, because it was the most difficult character to play. He was such an egomaniac that the only thing that was forgivable was that he really was as good as he thought he was.

» You never have to be rude, even if people are rude to you.

» In high school, I dated a girl from Palm Beach and, I'll never forget, the second night I had a date with her I went to the door and rang the doorbell. Her mother, who was very attractive, came to the door and said, "From now on Buddy, when you come to pick up Mary Alice, please come to the service entrance." And I said, "Well, that's all right. That's what I had in mind, anyway."

» Being shy helps you in the sense when you get a character to play who is not shy, you revel in it. You just love the fact that this guy has no problem walking into a party and just taking over. That guy is somebody I had no idea was lurking inside me.

» Smokey and the Bandit has a life that I can't explain. It goes on and on. When we did the picture, sales of Trans Ams went up 700%, so GM gave me a Trans Am every year. Well, I gave one to my niece. I gave one to my nephew. I gave one to someone else. After five years went by, I didn't get my Trans Am. I didn't want to be one of these schmucks who calls up and says, "Where's my Trans Am?" But I thought maybe something happened in the delivery or something, so I called GM. They put me through to one guy, then another, then another and I finally ended up talking to the president and he said, "I'm the new president and I didn't like that movie." I never got another one.