Florida Memorial's grads include Barrington Irving, the first African-American and the youngest person to fly solo around the world in 2007. 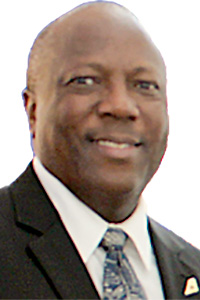 Since then, Tolbert has pushed the two-decade-old aviation program to earn new accreditations and designations — including an accreditation from the Aviation Accreditation Board International (AABI). FMU is one of just 34 bachelor of science in aviation management programs nationwide accredited by the AABI and also one of only four designated Cessna pilot training programs in the U.S.

Aviation is the premier program at FMU, which was created in 1963 from the merger of two schools founded in the 1800s. Roughly 80 students now study in aviation-related degree programs at the university, which offers 28 undergraduate and three graduate majors. Among the school’s 1,400 students, 18% are international — the highest percentage of any college or university in the state. Most are black and the first generation in their family to attend college.

Many students are like Colombia- born Christian Andrade, who transferred from a north Florida school that he found less friendly and less motivating. He likes the aviation program’s small classes and Tolbert’s hands-on leadership. Andrade plans to intern at FMU’s contract flight school after graduation, while he earns his certification as a flight instructor.

Sydney Chanlatte came to FMU from New York City to pursue engineering, lured by a full-tuition scholarship. She later switched to aviation management, inspired by Tolbert. She now plans to earn a master’s in aviation operations and eventually run a division at a major international airport. “From my first class in aviation, I had a passion for this,” says the 21-year-old Haitian-American.

Tolbert, meanwhile, recently led the program’s switch to a new contract partner school, Endeavor Flight Training, at Opa-Locka Executive Airport, near campus. “I see the airport from my office window,” he notes.