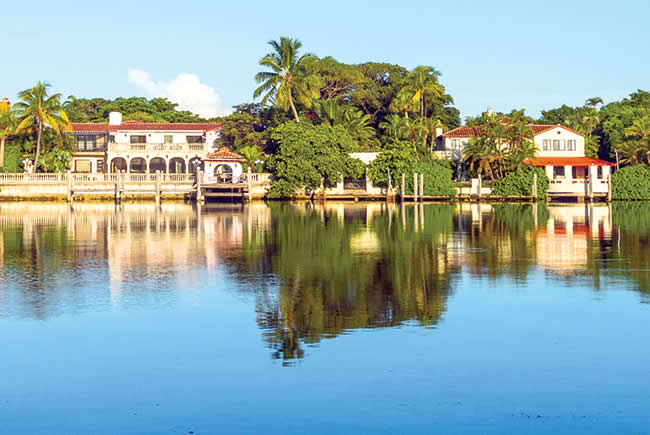 An oversupply of posh in Miami

Buyers now rule the roost in Miami’s luxury-home market. Some $1-million-plus residences now are selling for 20% to 35% less than their original asking price, says Ron Shuffield, president and CEO of EWM Realty International. Downtown Brickell has more than three years of condo supply, he says. “We definitely have a tale of two markets,” he says. “Under $1 million, you can’t get enough inventory. Under $500,000, there’s way too little. But cross the $1-million mark, and there’s too much.” — Doreen Hemlock

25.9Months of supply (considered a buyer’s market) at year-end

Fabiana Estrada runs Florida lending for non-profit Accion, an international microfinance group. Since taking over in Miami in 2011, she has more than tripled the office’s annual lending in Florida to nearly $2 million last year. Accion’s sweet spot is $10,000 loans for home based businesses, repayable in two years at 8.99% to 15.99% annual rates.

Trained as a lawyer in her native Argentina, Estrada came to the U.S. in 2000 and worked as a loan processor and loan modifier for a decade. After seeing the pain that the financial crisis wrought in 2010, she joined Accion. She’s since opened Accion offices in Orlando and Jacksonville, often serving Hispanic, black and low-income clients referred by banks. When she can’t offer a loan, Estrada directs entrepreneurs to other non-profits, government agencies and programs. “I don’t like clients to leave empty-handed,” she says. Ñ Doreen Hemlock

HIALEAH — The owner of Hialeah Park Racing & Casino has proposed adding up to 4,400 residential units in a mixeduse development on its 200-acre property.

MIAMI — Aventurabased ESJ Capital Partners will pay nearly $60 million — including assumption of debt owed to the city and to Miami-Dade County — to acquire the Jungle Island animal park. It plans to add zip lines, a water sports and swimming lagoon, water slides, new animal attractions, a private beach club and more during the next two years.

MIAMI-DADE COUNTY — Airbnb is now collecting its 6% resort tax from those who use its site for short-term rentals.

MONROE COUNTY — The county commission raised its allowable building height of 35 feet by five feet for existing homes and by three feet for new homes, in a measure intended to encourage elevating homes to accommodate sea level rise.

» Michael A. Finney joins Miami-Dade Beacon Council as its president and CEO this month. He was previously president and CEO of Michigan Economic Development Corp. and senior adviser for economic growth to Michigan Gov. Rick Snyder. Sheldon T. Anderson, who had been filling as interim CEO, will stay on to assist with the transition.

» Tenet Healthcare promoted Cristina Jimenez to CEO of Coral Gables Hospital. She had been the hospital’s COO.

Because so many Miami-Dade residential real estate buyers are international, currency fluctuations matter. From December 2015 to December 2016, buying a home in the U.S. became more expensive for:

… And became less expensive for: