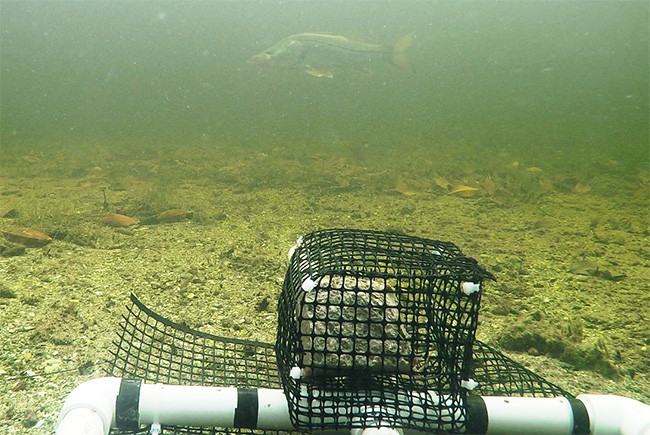 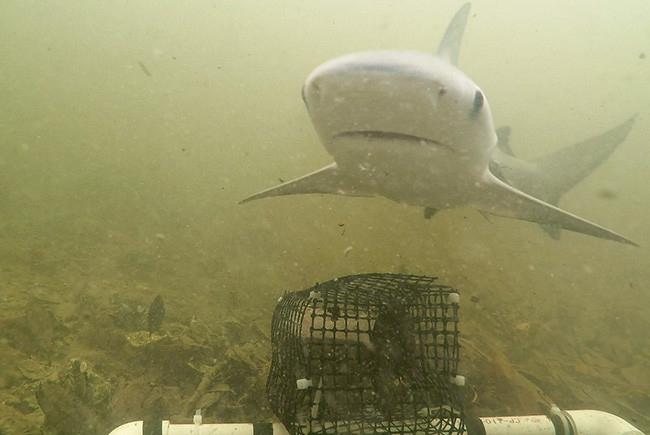 FIU researchers use baited remote underwater video surveys to catch sharks and other fish on camera.

Scientists study portion of Everglades closed to people for decades

After nearly 40 years of being closed off to the public, visitors to Everglades National Park can now explore Joe Bay.

Joe Bay is one of Florida Bay’s main sources of freshwater. Closing it was key in helping the American crocodile recover from extinction. But the long-untouched Joe Bay, along with nearby Snag Bay, is now open to visitors on kayaks, canoes or paddle boards. The park’s first designated catch-and-release area, it also welcomes fishermen in search of snook, tarpon and more.

“We haven’t had anything in South Florida closed off to human contact for this long,” said David Stormer, a post-doctoral research associate in SERC. “It’s rare outside of an experimental setting to have the elements we have here at our disposal. Being able to evaluate Joe Bay in itself, and how does a fish community respond to being separated from humanity, is a really unique opportunity.”

Led by Jennifer Rehage, an environmental studies professor in FIU’s Department of Earth and Environment, the research team is using a combination of techniques, including net hauls, snorkeling and baited remote underwater video (BRUV) surveys, to examine the size, species and number of fish in Joe Bay and nearby Little Madeira Bay and Long Sound.

The three areas have different access regulations, allowing the scientists to evaluate water conditions and the effects of the closure. With eight BRUVs outfitted with GoPro HD cameras already deployed, the scientists have generated more than 320 hours of film, catching common jack, snook, sharks, tarpon, trout and the non-native cichlid on camera.

Delving deeper into Joe Bay, the scientists are also surveying local anglers, fishing guides and visitors on their fishing catches and experiences. Miami native Bobby Gibson is one of them. He has been fishing in the Everglades for nearly 25 years. For Gibson, filling out the survey was a way for him to express his love for the Everglades and the need for science to inform management of an invaluable natural resource.

“It’s exciting to be at the forefront of a management strategy that hasn’t been tried before in the Everglades. We want to contribute information as to whether it’s working well or not,” Rehage said. “I hope this project gets the word out on the value of citizen science. If everyone who visits the area reports information on their catches and experiences, we’ll have invaluable data to help us accomplish that.”

Visitors to Joe Bay can fill out paper surveys at Trout Creek or Mooring Pilings, take the survey online, or download the Joe Bay Angler Survey app on their Android or iPhone.

The study is funded by the Everglades National Park and is expected to take three years to complete. It is being conducted with researchers from the Snook and Gamefish Foundation, Florida Fish and Wildlife Conservation Commission, and Audubon Florida. The research project was recently profiled by Florida Sportsman and Hatch.

This article first appeared on news.fiu.edu.