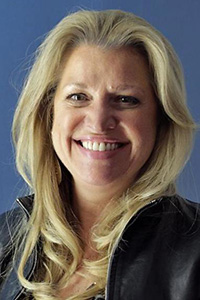 Weight Watchers International, Inc. (NYSE: WTW) announced that Mindy Grossman has been appointed President and Chief Executive Officer effective July 2017. Ms. Grossman will also join the Weight Watchers Board of Directors at that time. Until Ms. Grossman's arrival, the company will continue to be led by the members of the Interim Office of the CEO, Nicholas Hotchkin, Chief Financial Officer, and Thilo Semmelbauer and Christopher Sobecki, Directors of the company.

Ms. Grossman joins Weight Watchers from Florida-based HSN, Inc. where she served as CEO since 2008, growing the company to become a $4 billion direct-to-consumer content and commerce leader that today derives over half its revenues from digital commerce. Under her leadership, she transformed the HSN brand into a lifestyle network, launched industry-leading digital innovations and formed unique and successful partnerships with leading brands and personalities. She is widely recognized as an accomplished business leader, innovator and champion for workplace diversity and equality, having been named three times by Forbes magazine as one of the world's 100 most powerful women, among other awards and recognitions.

Ray Debbane, Chairman of the Weight Watchers Board of Directors, commented, "I'm delighted that Mindy will be joining Weight Watchers as CEO and Director. Mindy has an incredibly successful track record of bringing bold and transformative ideas to businesses to unlock their potential. Over her illustrious career, she has worked with some of the biggest brands and has consistently translated consumers' interests and aspirations into visionary innovations. Weight Watchers has returned to growth and Mindy is the right person to take our business to a whole new level and empower the brand to realize its full potential."

Ms. Grossman remarked, "I am thrilled to join Weight Watchers and lead the next phase of the Company's transformation. This is a tremendous opportunity to leverage technology and consumer insights to create innovative personal experiences, build loyal communities and accelerate growth. Ultimately, the ability to inspire people to live healthier and happier lives is what excites me both personally and professionally. I look forward to partnering with the Board – including Oprah – and the team to help Weight Watchers transform the lives of people around the world through weight loss and healthier living."

Oprah Winfrey said, "Mindy is proven as a successful visionary and entrepreneurial force in business and I look forward to working with her. She has the experience, the passion and the positive energy to take Weight Watchers to exciting new places."

Mindy Grossman has more than 38 years of experience in building and transforming consumer brands. From 2008-2017, she served as Chief Executive Officer of HSN, Inc. and a member of the company's Board of Directors. Ms. Grossman joined IAC, HSN's former parent company, in 2006 as CEO of IAC Retail. Earlier career highlights include serving as Global Vice President at Nike, Inc., President and CEO of Polo Jeans Company, Vice President of New Business Development at Polo Ralph Lauren Corporation, President of Chaps Ralph Lauren, and Senior Vice President of Menswear for Warnaco, Inc. She also held senior positions at Tommy Hilfiger and Oxford Industries.

In 2014, Ms. Grossman was recognized as one of Fast Company's Most Creative People in Business and Fortune's Business Person of the Year. In 2013, Forbes magazine named Ms. Grossman one of the world's 100 most powerful women, an honor she has received three times. In 2011, she was named Corporate Innovator of the Year at the Ernst & Young Entrepreneur of the Year® Florida Awards. In both 2010 and 2011, Mindy was ranked by the Financial Times as one of the top 50 women in world business.

About Weight Watchers International, Inc. Weight Watchers International, Inc. is one of the most recognized and trusted brand names among weight-conscious consumers. Weight Watchers provides commercial weight management services through a global network of Company-owned and franchise operations and offers innovative, digital weight management products through its websites, mobile sites and apps. These services and products are built on the Company's weight management program, which helps millions of people around the world lose weight through sensible and sustainable food plans, activity, behavior modification and group support. Weight Watchers has an unparalleled network of service providers to assist members on their journey and also offers a wide range of products, publications and programs for those interested in weight loss and healthier living.

This news release contains forward-looking statements within the meaning of the Private Securities Litigation Reform Act of 1995. These forward-looking statements are based on management's current expectations and beliefs, as well as a number of assumptions concerning future events. These statements are subject to risks, uncertainties, assumptions and other important factors. Readers are cautioned not to put undue reliance on such forward-looking statements because actual results may vary materially from those expressed or implied. The reports filed by the Company pursuant to United States securities laws contain discussions of these risks and uncertainties. The Company assumes no obligation to, and expressly disclaims any obligation to, update or revise any forward-looking statements, whether as a result of new information, future events or otherwise. Readers are advised to review the Company's filings with the United States Securities and Exchange Commission (which are available from the SEC's EDGAR database at www.sec.gov, at various SEC reference facilities in the United States and via the Company's website at www.weightwatchersinternational.com).