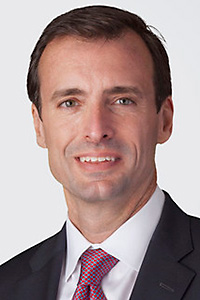 MIAMI – Holland & Knight has announced that Wifredo A. Ferrer, U.S. attorney for the Southern District of Florida, will join the firm as a partner in its Miami office. Mr. Ferrer will lead the firm's Global Compliance and Investigations Team, which focuses on corporate compliance and government investigations within the firm's White Collar Defense Practice.

"Willy Ferrer is one of the most respected government officials in South Florida. He has an impeccable reputation in our profession," said Steven Sonberg, managing partner of Holland & Knight. "We are proud that he has chosen to continue his remarkable career at Holland & Knight."

The move to Holland & Knight reunites Mr. Ferrer with John Hogan, who currently serves as head of the firm's Litigation Section. They previously worked together at the Department of Justice while Mr. Hogan was chief of staff to U.S. Attorney General Janet Reno.

"We are thrilled to have Willy join our white collar and litigation practices," said Mr. Hogan. "His 23 years of public service have given him tremendous insight into the Department of Justice and strong connections at all levels of government. Willy's excellent trial skills and knowledge of the real-world aspects of criminal law make him an extremely powerful advocate for clients."

"Over my many years in the South Florida community, I've been very impressed by the caliber and professionalism of Holland & Knight attorneys, many of whom I count as friends," said Mr. Ferrer. "The firm has an outstanding reputation in the profession and also embodies a culture that is deeply committed to giving back to the community. I look forward to contributing to its continued success."

At Holland & Knight, Mr. Ferrer's practice will focus on international and domestic investigations for corporate clients, including Foreign Corrupt Practices Act matters. He will utilize the firm's strong Latin America Practice to assist clients in the region. He will represent companies and individuals facing enforcement actions, complex litigation and other compliance issues. Mr. Ferrer will also use his considerable background in the areas of healthcare and financial services regulation to advise companies on compliance with federal and state laws.

About Wifredo A. Ferrer

Mr. Ferrer was nominated by President Barack Obama and unanimously confirmed by the U.S. Senate in 2010 to serve as the chief federal law enforcement officer for the Southern District of Florida. Heis the longest serving United States attorney in South Florida since the 1970s. Some highlights of his office's achievements include:

Mr. Ferrer's distinguished career in public service also includes working as deputy chief of staff and counsel to former U.S. Attorney General Janet Reno, and serving as an assistant U.S. attorney for the Southern District of Florida and as an assistant county attorney for Miami-Dade County.