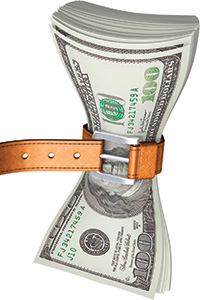 The Issues: What's on tap for Florida's Legislature

A tighter state budget and promises of spending cuts put pressure on a host of legislative priorities.

Florida's economy is improving, and the state isn’t facing a crisis. And yet plenty of veterans in Tallahassee are predicting that the Florida Legislature will careen into a special session or two this year. Why? Money. The budget is tight — the tightest it has been since the housing bust — as the state’s expenses grow faster than its revenues.

What’s more, the House of Representatives is now firmly in the grip of Speaker Richard Corcoran (R-Land O’ Lakes), who is promising deep spending cuts and has already imposed strict budget rules meant to discourage legislators from squeezing local projects into the state spending plan. Meanwhile, Senate President Joe Negron (R-Stuart), has laid out an ambitious — if expensive — program of university and environmental spending, and top senators are vowing not to be bound by Corcoran’s rules.
It may fall to Gov. Rick Scott to referee, a role in which he has struggled.

Adding to the uncertainty: This will be one of the most inexperienced Legislatures in modern history. More than a third of the members in the 120-seat House are beginning their first legislative session. And 20 of the state’s 40 state senators are in their first year in the upper chamber.

A closer look at what they face:

A year ago, an $82.3-billion state budget sailed through the House and Senate on votes of 119-1 and 40-0, respectively, greased in part by hundreds of local projects that offered a little bit of something for everyone. Life won’t be so easy this spring. The problem is threefold: People are once again moving to Florida, adding to school and health care rolls; an older-skewing population is aging and becoming more expensive to care for; and the Legislature in recent years has done a lot of spending and taxcutting. Officially, state economists project a very small surplus this year, followed by a $1-billion shortfall next year and a $2-billion gap the year after that. But that projection assumes that the Legislature will raise school property taxes and siphon off BP oil spill money meant for the Panhandle, both of which are unlikely. Corcoran has told his members that they face an immediate shortfall of between $500 million and $1 billion.

Corcoran has compared the ongoing debate in Tallahassee over economic incentives to Israel’s struggles in the Middle East; the House, he says, won’t give up territory it’s already won. That means the House of Representatives has no plans to restore funding to Gov. Rick Scott’s cherished Quick Action Closing Fund. And it won’t restore incentives for sports stadiums and film and television productions. Instead, Corcoran and the House have turned their attention to cutting or eliminating more “corporate welfare” programs — including, alarmingly to some in the Senate, public spending on tourism promotion.

One of the biggest crunches this year involves the education budget, where the Legislature last year stopped relying on higher local property taxes and instead paid for an increase in per-pupil spending with general revenue funds. But to do that again this year — and avoid charges of raising taxes — they’ll have to come up with an extra $400 million or so. At the same time, the House of Representatives has vowed to infuse more competition into the school system, promising more aggressive policies to attract public charter school operators and expand school vouchers.

Negron says he wants to elevate Florida universities to the same level as prestigious public schools like the University of Michigan and the University of Virginia. To do so, he wants to boost university spending by $1 billion over the next two years, which would pay for restoring Bright Futures scholarships and expanding need-based financial aid and aid to students who are the first in the their families to attend college. Negron also wants more money to recruit higher quality faculty, improve graduate-school programs (particularly medical, business and law schools) and rehab aging infrastructure. The Senate president is also calling for policies to encourage students to graduate more quickly, including requiring universities to offer block tuition rates rather than only charging by the credit hour.

The biggest part of the budget is also the most uncertain now that the future of President Obama’s Affordable Care Act is in doubt. The Senate, which has pressed unsuccessfully for a variation of Medicaid expansion over the past four years, is working on a block grant proposal to pitch to the Trump administration. Corcoran and the House, meanwhile, will push for a package of “free market” reforms, including repealing certificate-of-need rules for hospitals and loosening regulations on freestanding surgery centers. House leaders also talk of reducing payments to hospitals, which have been anathema in the chamber since the 2015 Medicaid debate.

Expect a rerun of last year’s narrative. The House would probably accept a limited gaming compact with the Seminole Tribe. But the Senate prefers a much broader package that expands slots and provides further help to local pari-mutuels. The budget crunch will add more pressure to come together on some sort of gambling deal this year. But don’t bet on it happening.

Negron’s Senate district includes the St. Lucie River and Indian River Lagoon, which have suffered devastating algal blooms thanks to excessive discharges from Lake Okeechobee (as has the Caloosahatchee River on the western side of the lake). He wants the state to buy more land south of the lake for water storage to ease pressure on Lake O’s dike, an idea that Everglades activists love because it could also mean more freshwater for the Everglades. To pay for it, Negron wants to bond money that was earmarked for environmental restoration through a constitutional amendment in 2014. This will take a fight: Opponents include the sugar industry, which isn’t interested in selling productive farm land; Gov. Scott, who isn’t interested in bonding; and the House, which would prefer to accelerate other projects such as bridging the Tamiami Trail (U.S. 41) and adding more water storage north of the lake in the Kissimmee Valley.

The budget is the only bill lawmakers must pass. But they need to pass a medical marijuana bill this year, or they risk losing much of their ability to regulate the industry following the passage of Amendment 2 last fall. There’ll be plenty to decide, from how many growers to license to which forms of marijuana to allow (edible marijuana, joints?). A big debate will also occur over how much freedom cities and counties should have to regulate marijuana sales, such as the location of dispensaries.

Corcoran has made new limits on the judiciary a centerpiece of his agenda, furious at what he argues are years of “activist” rulings by the Florida Supreme Court. The House will push for 12-year term limits on all appellate court judges along with other changes, possibly including a new mechanism to force courts to rule more promptly.

This is another soapbox issue for Corcoran, who has implemented new rules aimed at driving a wedge between lawmakers and lobbyists. Among the changes the House has already made: Prohibiting House members from becoming lobbyists for six years after their service ends and prohibiting them from texting with lobbyists during meetings or traveling on lobbyist planes. The House will try to pressure the Senate into passing legislation making those House rules into state laws governing all legislators and high-level gubernatorial appointees.

The state’s business lobby would like to overturn a Supreme Court ruling last year that threw out caps on attorney fees in workers’ compensation cases. But business leaders see both Corcoran and Negron as sympathetic to trial lawyers — and worry that lawmakers may come up with a “fix” more favorable to lawyers than to businesses. Big businesses may wind up lobbying against workers’ comp legislation in hopes of getting a more favorable bill in two years, when new legislative leaders take over.

GOP leaders are determined to keep the state’s death penalty, which means finding a way to comply with recent Supreme Court rulings. Negron, who was warned of needlessly “criminalizing youth,” wants to expand the use of civil citations and non-judicial resolutions for juveniles who commit non-violent offenses. A growing number of senators wants to ban fracking. Corcoran and the House want to reform the state’s group health insurance program and will push campaign finance changes. Legislation to legalize transportation network companies such as Uber and Lyft seems likely to pass. Walmart and ABC will resume their war over whether big box retailers can stock liquor. There will be some kind of tax-cut package — with a possible fight over whether to repeal outdated tax breaks to pay for new ones.