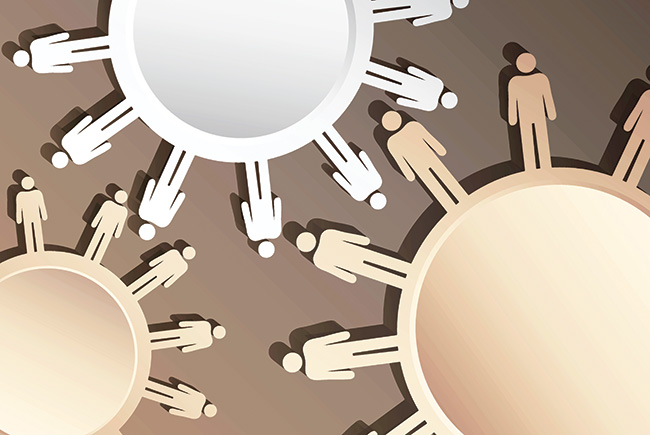 Changes in regulation and federal recognition are giving the industry a boost.

Manages another company’s payroll processing, tax payments, benefits packages, health insurance, workers’ comp and other compliance services. “We’re on top of all those things, which allows the owner to do what he does best, which is start his company and grow it,” says Carlos Saladrigas Jr., CEO of Regis HR.

While the PEO industry is more than three decades old, it’s been all but invisible to the IRS. The new federal Small Business Efficiency Act, passed in 2014 and being implemented this year, formally recognizes PEOs by allowing them to seek certification by the IRS.

» The law allows a business that would qualify for tax credits based on its workers to now get those credits even if workers are getting paid through a PEO’s employer identification number.

» It eliminates double taxation. Here’s how it worked before: If a company switched to a PEO, its workers got paid under the PEO’s employer identification number, and the federal unemployment tax paid on their behalf reset to zero. Thus, if a business already paid all the tax under its own EIN, it would pay a second time through the PEO under the PEO’s EIN. Under the act, the tax only has to be paid once.

» It gives businesses comfort that the PEO has passed audit and bonding requirements and that the IRS won’t go after the business if the PEO drops the ball on remitting taxes or fails. The law lessens real and perceived risks of dealing with a PEO.

“It’s a huge assurance for companies that aren’t sure about PEOs. We have this federal credibility the industry has wanted for a long time. With that credibility you’re going to see more PEO growth and potentially more PEOs,” says Jay Starkman, CEO of Engage PEO in Hollywood.

All that said, some PEOs aren’t rushing to get certified. Regis HR CEO Carlos Saladrigas Jr. Says he’s going to wait for implementation kinks to be worked out before applying. But, he says, “I definitely see ourselves getting it. I think being certified by the IRS really brings a lot of credibility to you and brings some comfort to the client.”

• Florida and Texas have the most PEOs. There are approximately 1,000 PEOs nationally. The industry’s gross revenue is between $136 billion and $156 billion.

Engage PEO, based in Hollywood, made Inc. magazine’s recent list of the 500 fastest-growing companies. In the most recent three years, it saw revenue grow by 2,700%. “It shows the Florida marketplace is an incredibly strong launching pad for PEOs,” says CEO Jay Starkman. He’s “extremely bullish” on the future.

Increases in workers’ comp rates — up 14.5% recently — aren’t specific to PEOs, but PEOs, as with any business, have to deal with them. “There’s now an entire plaintiffs Bar — I’m a lawyer so I can say this — sort of licking their chops. They moved out because it wasn’t a lucrative place to practice. Now they’re moving back in,” says Jay Starkman, CEO of Engage PEO.

While PEOs can’t do anything about rates, they argue they can offer clients loss consulting, risk prevention and claims management. “Ultimately, what it comes down to in workers’ comp is how you manage it. You want to be with somebody who knows what they’re doing,” says Mark Perlberg, CEO of West Palm Beach-based PEO Oasis Outsourcing.

• Private equity firms are creating strong demand for executive talent as they invest in Florida companies and grow them.

• “Highly talented and experienced executives are in high demand,” says Matthew Shore, president of StevenDouglas, a Fort Lauderdale-based executive search and interim resources firm. He says companies and private equity firms need to be ready with comprehensive compensation packages that often will include equity in the company. He says prospects also need to be sold on the long-term opportunity at a company and all the things that go along with it such as the business model, people and culture. “We are seeing candidates get offers from multiple companies and then when they resign, they are getting counteroffered aggressively to stay with their current company.”

• There’s a shortage of accounting/finance and IT talent. “I’ve been in the executive search business for over 20 years and this is as strong as I have ever seen the market for finance, accounting and IT talent in south Florida,” Shore says.

• The use of interim executives is increasing as it takes longer to fill posts, as merger and acquisition activity increases, as new technology has to be implemented and as private equity firms pressure their portfolio companies to achieve more.