The economic lives of Millennials in Florida
Millennial lifestyle: Not home alone 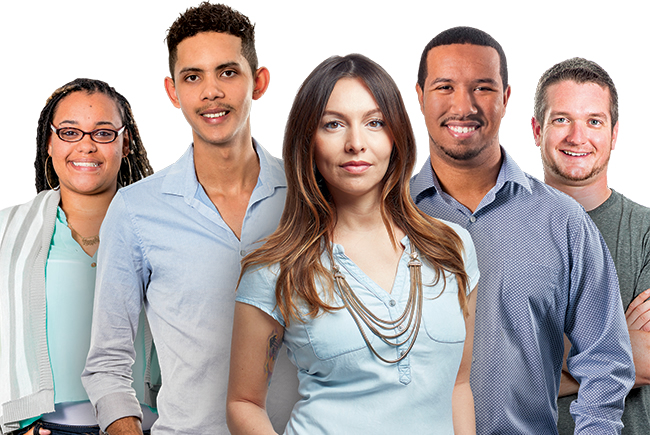 In April 2013, 17-year-old Marlon Zubizarreta boarded a plane in Cuba and joined his father in the United States. Nationally, 15% of Millennials were born abroad; in Florida, it’s more like one-fifth. Roughly 834,500 Florida Millennials were born abroad, more than triple the number of foreign-born Boomers at the comparable moment in that generation’s life. The Millennial umbrella covers native-born, tech-savvy urban youth, but also Mexican agricultural workers in Florida’s interior, Haitian immigrants in Delray Beach and young Cubans, including Zubizarreta, now 21, who aspires to being a doctor.

He knew no English when he arrived four years ago. “It was very difficult,” he says. He had finished high school in Cuba but had to enroll in English language courses before he could study biology at Broward College. He finished his associate’s with a concentration in biology in December and is applying for college to complete a four-year degree. After that, he hopes for med school.

Financial aid and a job stocking shelves at Publix about 30 hours a week saw him through Broward, where he did well enough to be in its honor society. Like a lot of Millennials, he lives with a parent, his father. In their case, it’s a rented apartment in Davie. Zubizarreta, now a U.S. citizen, sends money to his mother and two younger brothers still in Cuba; he hopes to see them immigrate to join him. He went with his church, Segadores de Vida in Weston, on a mission trip to the Dominican Republic and through another program volunteers helping the homeless in Miami. “That is my passion, to help people. That is part of why I want to be a doctor.”

Zubizarreta says that in Cuba, while he and his peers talked about the role of youth like themselves in improving the country, it was only after arriving in the United States that he heard his generation described as Millennial.

For many, college-educated evokes ivy-covered walls, Saturday football, frats and sororities. For south Florida native Stefan Dacosta, after twice being evicted along with his family from apartments, it meant getting on the Tri-Rail from his uncle’s house in Boynton Beach in time to get to work and school at 8 a.m. and then riding home at 11 p.m.

In other ways, the four years he spent earning a bachelor’s of applied science in supervision and management bears a resemblance to a typical college experience. Dacosta is a joiner. Though he attended Broward College, a commuter school, he dove into campus activities after he arrived in 2012. He got involved in clubs, organizations, student government and College Leadership Florida. A music video of a song he wrote and composed with other students is on the College’s You- Tube page.

His immediate career goal is already in hand, and his ultimate goal is to be a dean or even a college president. He’s without student debt. Two years ago, he had no apartment and no car. Now he’s envisioning owning a home. “I’m at a stage now where I don’t have to stress each month, ‘Can I pay this bill?’ ”

The Millennial generation can lay claim to being well educated. Nationally, more than one in five holds a bachelor’s. In Florida, it’s a bit lower — 18.5%, though still a substantially higher share of the generation than was the case for Baby Boomers.