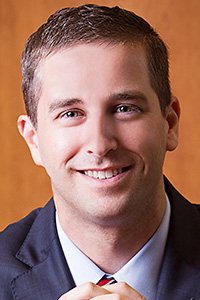 Tim Giuliani, most recently the president and CEO of the Greater Raleigh (N.C.) Chamber of Commerce, will begin leading Central Florida’s newly created economic development/chamber group (whose name will be announced soon) in March. The new organization is being created through the merger of the Orlando Economic Development Commission (EDC) and the Central Florida Partnership (CFP), which includes Orlando, Inc. (Orlando Regional Chamber of Commerce).

Giuliani, an experienced economic development and chamber professional, was selected by the organization’s search committee from a pool of more than 200 candidates from across the United States, including leaders from economic development groups, chambers of commerce and the ranks of industry executives.

“Tim’s timing couldn’t be better as Central Florida moves into a new stage of growth in the dynamic global marketplace,” adds Sean DeMartino, also co-chairman of the group and regional president of Balfour Beatty Construction.

At the Greater Raleigh Chamber of Commerce, Giuliani managed an $8 million budget and a staff of 40 with more than 2,300 members. Before that, he served as president and CEO of the Gainesville (Florida) Area Chamber of Commerce and as the Vice President of Corporate Outreach and Engagement for the Florida Chamber of Commerce. He has been involved with the creation of thousands of jobs and hundreds of millions of dollars in capital investments in addition to public policy successes, including the recent passage of the Wake Transit plan. He earned his bachelor’s degree in economics and communication from Florida State University and his master’s in business administration from the Warrington College of Business at the University of Florida.

“He is a real change agent, a champion for smart growth and innovative thinking and a rising star in the industry,” Mark Wilson, president and CEO of the Florida Chamber of Commerce, says of Giuliani.

“He is a particularly well-rounded leader, with skills running the gamut from management and sales, to market research, issues advocacy and social media integration.” Giuliani is thrilled to be returning to Florida (with his wife, Sarah, and three children) to lead the Orlando region’s efforts to create high-wage jobs, strengthen its competitiveness in the global marketplace and enhance the region’s quality of life.

“Central Florida has reached an exciting and significant stage in its economic progress,” Giuliani says. “This is an amazing community full of promise and talent and ingenuity. Working closely with the Board of Directors and our public/private and civic partners, I am incredibly excited to take a page from the new campaign – Orlando: You don’t know the half of it – and spread the word about all of the dynamic aspects of living and working in Central Florida.”

“This is a perfect leadership team,” Utsey says. “It combines Tim’s vision and innovative approach with Jacob’s 30-year track record of success and Crystal’s strategic leadership at both the EDC and Enterprise Florida.”