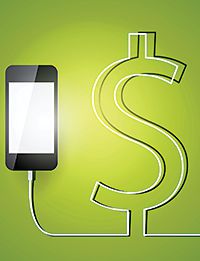 A bad -- but bulletproof -- Florida tax

The political climate has made it impossible to fix the communications services tax, even when everybody agrees how.

Florida’s communications services tax is, by just about any measure, a flawed tax.

The tax — which applies to services such as telecommunications, video and direct-to-home satellite — is complicated: Nearly 500 jurisdictions around the state levy the tax at more than 100 different rates. The average levy amounts to 12.37% — a statewide rate of 7.44%, plus local options that range anywhere from 0.3% to 7.6%.

It’s unfair: Cable television is taxed different from satellite television. The rate for residential land lines is less than for cell phones — and the amount for cell phones depends on whether they are prepaid or part of monthly billing plans.

It’s opaque: Telecom companies now routinely bundle some services that are subject to the CST with other services that are not, without breaking out the component prices. That makes it impossible for consumers to see how exactly their tax bills are being calculated.

And it’s unstable: CST revenue has declined for seven straight years as technology has evolved and prices for some services have fallen.

Economists expect collections will continue shrinking in the future. The tax generated a little more than $1.1 billion statewide last year — 30% less than the $1.6 billion peak it reached during the state’s 2008-09 fiscal year.

But the communications service tax is also a large and unrestricted revenue source for local governments, many of which have issued bonds that they are repaying with revenue from the tax. And the state uses the tax to help pay for university construction — a downtown Orlando campus for the University of Central Florida and a downtown Tampa medical school for the University of South Florida, for instance.

Recognizing this, the Florida Legislature and Gov. Rick Scott four years ago charged a task force to find ways to fix the CST. The group was divided equally between the telecom industry (with reps from AT&T, Verizon, DirecTV and the Florida Cable Telecommunications Association) and local governments (with members representing the cities of Tampa and Wilton Manors, Leon County and the Florida Association of Counties).

The Communications Services Tax Working Group spent the next year studying the issue, reviewing the tax policies of other states, the findings of Florida auditors, trends in telecom billing and the emergence of everything from iTunes to Amazon Prime. It evaluated nearly a dozen ideas, including those submitted by outside interests such as the Florida Retail Federation and MetroPCS.

And it found a solution. At the group’s final meeting, held in December 2012, all eight members voted to recommend that Florida lawmakers repeal the communications services tax and replace the lost revenue by raising the state sales tax by one-third of a cent — from 6% to 6.34%.

The repeal-and-replace option seemed to address almost every major concern. It would make collecting the tax easier since the rate would be uniform, stabilize a major revenue source for governments and eliminate or reduce the discrepancies in the tax rates paid by competitors.

The group didn’t address every issue. For instance, it said the Legislature should figure out how to ensure each of the 481 jurisdictions that receive communications service tax revenue wouldn’t get any less than they got before — without suggesting any kind of formula itself.

But it was nonetheless a remarkable show of unity between two deeply entrenched lobbies in Tallahassee — telecoms and local governments — who spend every year warring over incremental changes to the CST.

The working group submitted its final report on Feb. 1, 2013, sending copies to Scott and the presiding officers of both chambers in the Florida Legislature.

It has sat, largely ignored, since.

Soon after the group submitted its report, Scott’s office made it clear that he had no interest in championing the plan, according to a person involved in the briefings. Scott would later begin campaigning instead to simply reduce the tax, which he calls the “cell phone tax.”

The House and Senate, meanwhile, held one hearing each on the report. Neither ever addressed it again.

The CST reform plan, endorsed by every non-elected official involved in it, turned out to be a nonstarter with the elected officials who served in Tallahassee. The reason? It would have required lawmakers to vote for raising a tax.

“The issue is political,” says Rep. David Santiago (R-Deltona), one of the only people in the 160-member Legislature who has publicly advocated for the repeal and- replace plan.

“When you say you want to raise the sales tax, people get scared of that,” he says. “In today’s polarizing political world where everybody tries to spin things, something like this would be spun as a tax increase. So the momentum was lost.”

But the sales tax would be raised only enough to offset the revenue lost by eliminating the communication services tax. It’s a distinction without a difference in Tallahassee, where Scott and more than a dozen legislators — including the outgoing Speaker of the House and the incoming Senate President — have signed a no-new-tax pledge.

“Whenever you start talking about raising sales tax, you get to the issue of just raising tax,” says Sen. Dorothy Hukill (R-Port Orange), who has chaired the Senate’s Finance & Tax committee for the past four years.

Instead of reforming the CST, Scott and the Legislature ultimately only trimmed it — reducing the rate by 1.73% in 2015. The move saved taxpayers roughly $225 million a year but did little to address the structural problems with the tax.

The prospect of raising any tax — even while cutting another — is met with such hostility in Tallahassee that even some people who supported the original reform plan have since backed away from it. A spokesman for Verizon, for instance, declined to comment when asked whether the company still supported the group’s recommendation. A spokesman for AT&T said the company could not say whether it still supports the idea.

“Nobody wants to promote a tax increase,” says one telecom representative familiar with the issue.

And so the communication services tax, as flawed as it is, is likely to remain in place for many years to come.