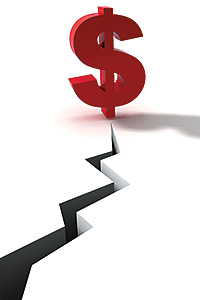 FLORIDA TREND asked a group of Florida leaders and experts for their ideas about how to address the gap that’s been growing for 30 years between the wealthy and the rest of America.

For the better part of the past 25 years, we have been engaged in an initiative that I would suggest has had a profound impact on the reduction of income inequality while simultaneously demonstrating the potential to change America one under served community at a time. We are extremely proud of our efforts to date and particularly with the success of our Tangelo Park initiative. (Since 1994, Rosen has provided free preschool to all 2-, 3- and 4-year-olds living in Orlando’s Tangelo Park neighborhood. Rosen provides all-expense paid education to any Tangelo Park resident accepted to any vocational school, community college or four-year public university in Florida.) The intent was not to impact income inequality but rather to help an under served community. What we didn’t realize at the time was just how far-reaching our efforts would span. As a result of our program, crime is down 60% to 65%; high school graduation rates are soaring to 100%; and college graduation rates hover around 77%. There is no doubt that when you provide educational opportunities for youngsters at 2 years of age, hope is instilled, and an advantage for future success is all but guaranteed.

We now have a sense that all you have to do is really something quite simple: Find someone to adopt an under served community perhaps where they live or work, and we are convinced that America will change so much that we will barely recognize ourselves. Our commitment stands at more than 25 years and counting. The key, of course, remains in finding someone who has the means, has a good heart, loves America, and is willing to say, ‘I will adopt this community.’ Done! No more income inequality.

We just need individuals who have been blessed to step up and do the right thing. We must not expect Uncle Sam to adopt these communities, but instead it must be those of us in the private sector to demonstrate to fellow Americans that we have a passion for helping, that we are good people, and that we love our country dearly.”

» Among the top 12 metro areas with the largest top-to bottom ratios between the highest earners and everyone else are four Florida metros: Naples-Immokalee-Marco Island (73.2); Sebastian-Vero Beach (63.5); Key West (58.5); and Miami-Fort Lauderdale- West Palm Beach (45.0).

To end income inequality, I would ‘teach a man to fish.’ Pervasive skill shortages, certain to multiply with the retirement of the Baby Boom generation, create the greatest opportunity in two generations to move people from minimum wage, unskilled jobs to living-wage ‘middle skill’ jobs. All that is required is serious, adult-oriented, rapid training programs that lead to immediate employment at a living wage, with the opportunity for future promotions as skills grow. Colleges like Valencia are offering these successfully now and could scale them to tens of thousands of wage earners with two policy changes: 1. Tuition support, not for college, but for training that leads to industry certifications, (current federal aid won’t cover short-term training); and 2. Expanded direct funding for colleges that offer these equipmentintensive, but effective training programs. Valencia alone could train 5,000 people a year for construction, manufacturing, welding, transportation, security and health technologies jobs in programs as short as five to 10 weeks.

The same is true in Germany, where despite huge gains in output, manufacturing employment is down 20% since 1990. For the short term, government should fund a robust infrastructure program taking advantage of the current interest rate environment. At the same time, we need to support industries that continue to provide a path to the middle class for individuals who do not have the advantage of advanced skills or education. An assistant manager of a full-service restaurant earns $40k to $50k, and it can be achieved before the age of 25 without any college. A restaurant general manager makes $80k to $100k and can be achieved before the age of 30 without any college. We also need to rethink our educational system to provide people the opportunity to acquire the skills necessary in today’s economy without the expense of a four-year college program.

Policymakers need to give lower income Floridians a hand up, not just a handout. The earned income tax credit (EITC), a refundable tax credit for low-income working people, is our nation’s most effective anti-poverty tool. In 2013, the EITC pulled 9.2 million Americans, including 5 million children, out of poverty. Not only does the EITC combat poverty, it also reduces income inequality by rewarding and encouraging work. Studies have shown that the expansion of the EITC during the 1990s had a greater impact on moving unemployed single mothers into the workforce than did welfare reform. However, low-income working Americans who cannot claim children on their taxes access little to no EITC, and are the lone group of working adults taxed into poverty. So while the EITC is one of the most effective tools to help working families keep their heads above water, it excludes nearly 1 million lowin come working Floridians. Leaders from both national parties support expanding the EITC to these workers. Both Speaker (Paul) Ryan and President Obama have proposed similar plans, either of which would ease income inequality in our state. As a workforce development industry leader, I think that rewarding and encouraging work just makes common sense.

Florida is blessed with a strong economy, good schools, a diverse population and the best beaches in the world. But Florida isn’t immune to one of the greatest challenges America faces right now: A lack of economic and social mobility. There is a lot we can do to restore the right to rise for every individual, including making work a virtue again and helping return strong, committed family life as the norm and not the exception in our communities. But the single greatest way to level the playing field for all Americans is to ensure every child has access to a quality education. Over the last two decades, Florida has taken the boldest approach to education reform of any state in the nation, and our gains in student learning prove our policies have paid off for countless children. There is still more work to do, from giving all parents a choice in educational options to recruiting and retaining great teachers for every classroom to fully embracing the power of technology to transform schools. If we steadfastly continue on the road to reform, Florida can lead the nation in truly eliminating the achievement gap, giving all students the opportunity to achieve their God-given potential.

A historically weak recovery struggling under the burden of an onslaught of regulations coupled with a zero interest rate policy by the Federal Reserve Bank has exacerbated the extent of income inequality. The bull run in financial assets, fueled by historically low interest rates, has created trillions of dollars of wealth and income that primarily accrues to wealthy households. Meanwhile, annual wage growth is just 2.6% in the eighth year of this recovery. Rules and regulations matter. Now that we have distance from the Great Recession, financial and housing crises, it is time to revisit these policies that were implemented in their wake. For example, many provisions in the 2,300-page Dodd-Frank financial regulatory reform law were added with little if any debate or cost-benefit analysis. By comparison, the Glass-Steagall Act was just 37 pages. Only 70% of the rule-making deadlines in the Dodd-Frank law have been met — more than six years after its passage into law. This is just one example of the regulatory burden that is keeping economic growth historically weak, wage growth subdued and exacerbating income inequality. It’s time to review these regulations.

So-called ‘income inequality’ is, quite literally, caused by decades of bad government policy. The solution to so-called income inequality is to focus on equality of opportunity while simultaneously ending the self-defeating, government-imposed benefit cliffs. Currently, there are places in America where a single mother of two living in poverty is literally better off making $29,000, plus taxpayer funded “assistance,” than she would be earning $69,000. The one policy I would change is to end the self-defeating practice of taking a benefit away just because you make an extra dollar an hour. If you are offered an increase from $8.05 per hour to $10 per hour, but you lose your transportation assistance as a consequence, then you decline the increase and are forever held back by the hard cliffs in our nation’s backward policy. I believe the battle of our generation is between those who believe in equal outcomes verses those of us who believe everyone in America should have equal access to opportunity.

If it were entirely up to me, the one policy change I think would most easily and quickly help ease income inequality is to institute a living wage — any full-time employee should be paid enough money for basic expenses that he or she would not rely upon various poverty programs to help make ends meet. First Green Bank has instituted a living wage for all of our employees for the past couple years, and it has been resoundingly successful and beneficial both for the employees and for the bank. The benefit to employees who previously made less than a living wage is obviously trans formative (there were about 10 First Green Bank employees who qualified when we instituted the policy in October 2014), and paying workers a living wage helps to really give them a stake in the community and the ability to support their families without food stamps and Medicaid. The benefit to our business is that it has allowed us the pick of top job applicants, and it has also decreased turnover, not to mention that loyalty and morale obviously increase by paying employees a living wage.

My one thing would be to focus on education. I would reduce classroom size, increase the school day to at least eight hours, increase the school year to 10 months, offer trade school options for those that are not going to college. I would make college affordable and not strap the kids with major debt once they graduate. Education is the new currency that individuals will need to trade in the marketplace in exchange for reducing income inequality.