Taxes and Florida: How the state compares nationally on rates, revenue

» See an overview of the report here, or link directly to the PDF.

Families of deceased Pulse patrons to get highest payments

The families of the victims slain at the Pulse nightclub will get the most money from a fund established to help the victims' families and survivors of the worst mass shooting in modern U.S. history. The fund has about $20 million. The exact amount each family will get is to be determined by how much is raised by the end of September. More at the AP

Tallahassee Doubletree to get new topper

Fresh off a $8 million makeover, the downtown DoubleTree by Hilton is primed to get a brand new topper that promises to radically alter Tallahassee’s skyline. Once finished, the stark white box will appear to float over the downtown landmark on South Adams Street. Read more at the Tallahassee Democrat.

The state of Florida cannot use the vague threat of potential budget shortfalls to deny thousands of prisoners kosher meals they request for religious reasons, a federal appeals court ruled Thursday. The three-judge panel of the 11th U.S. Circuit Court of Appeals sided with the Justice Department and against the Florida Department of Corrections. Read more at the AP

Opinion
What to expect at the national party conventions

An FIU instructor at their Department of Politics and International Relations discusses five things to watch for at the 2016 Republican and Democratic National Conventions. One quote from Dr. Sara Moats:

"For the Republicans, unification has proved extremely difficult. Republican Party leaders are very uneasy about the notion of Donald Trump as the nominee. The divisions within the party are so deep that several high-ranking Republicans such as John McCain, Mitt Romney and Marco Rubio are planning to skip the Republican Convention. It is necessary Trump find common ground with Republican leadership. If the party does not present a united front behind his campaign, it will appear weak and indecisive to the voters. Thus, next week it is expected that Trump will appear more polished and presidential, less abrasive and argumentative."

Out of the Box
Florida researchers draw parallels between baseball cards, stock markets 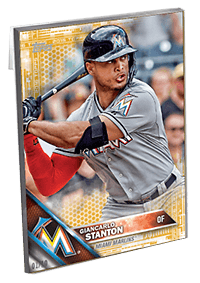 A new study finds that the market for baseball cards shows some of the same kinds of anomalies, or factors, as the stock market. The study, authored by researchers from the University of South Florida and the University of California, finds baseball cards that out- or under-perform in value tend to keep on rising or falling, a phenomenon called momentum. As well, newly issued baseball card sets and those of rookies, like Initial Public Offerings, tend to underperform the broad market for a sustained initial period. [Source: Reuters]
» Download the study, "Stock Market Anomalies and Baseball Cards," here.