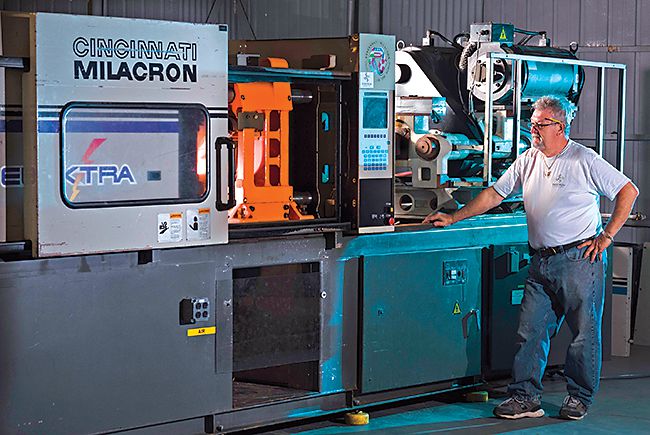 Proactive: Eliminating an impediment to growth

With their extensive tourism and military-based economies, the Panhandle’s coastal cities and counties have long dominated regional competition for new industries and jobs.

As a result, Holmes County, like many of its rural, inland neighbors, has struggled to expand its economic base and gain the attention of site selectors.

Hampering rural counties, says Holmes County’s Raymond Thomas, has been a lack of certified industrial sites. That impediment was eliminated in 2014, when the county — population 19,927 — purchased 270 acres for $1.25 million.

With the help of CSX Transportation, the county got the site certified, meeting industry standards for environmental compatibility, rail and interstate access, utilities and zoning.

“Our biggest problem over the years has been lack of industrial park sites, and the fact that we’re so rural,” says Thomas, executive director of the Holmes County Development Commission. “We’d get development proposals all the time for some outlandish project that we couldn’t possibly compete for.”

But Thomas says the addition of the industrial park and a board of directors has enabled Holmes to have some success in attracting jobs.

Earlier this year, the county signed its first lease in the industrial park with TransCore, a traffic maintenance company that brought in seven jobs.

In April, the county announced the opening of Paradigm Plastics, an injection molding company that anticipates hiring 10 to 15 employees this year.

“With the exception of these two new companies, we have not had any new industry come to our county in several years,” says Ashley Pettis with the county’s Development Commission.

Work Space with a Twist

The startup provides a la carte wifi, printing, mailbox and other services by the hour, day, week or month.

What’s innovative about WorkBase, says Sulaiman, is use of the actual office space is free, but services, such as wifi, phone, printing and copying, are pay-as-you-go.

Prices will vary depending on use of amenities.

A month of wifi and mailbox service will cost about $175, Sulaiman says.

APALACHICOLA — A national environmental group named the Apalachicola River as the most endangered in the country. American Rivers says the Apalachicola system is at the “breaking point” because of mismanagement and competition for water that flows through Georgia and Alabama and into Apalachicola Bay.

PERRY — The Perry City Council has agreed to purchase the $4.35 million loan taken out by BioNitrogen from Community and Southern Bank after the bank declared the loan in default in the wake of the company’s bankruptcy filing.

PANAMA CITY BEACH — The city’s bed tax revenue fell 41% in March after local officials passed new laws to crack down on underage drinking and consumption of alcohol on public beaches.

TALLAHASSEE — Fairmont Development is moving forward with development of a 15-story downtown building, featuring a hotel, condos and two restaurants. Tallahassee City Commission has approved a proposal by the city’s electric utility service to build a 10-megawatt solar farm that could be producing electricity as early as December 2016.