Christina Hieber provides hospitality to JM Lexus customers. She was making $9.15 an hour. 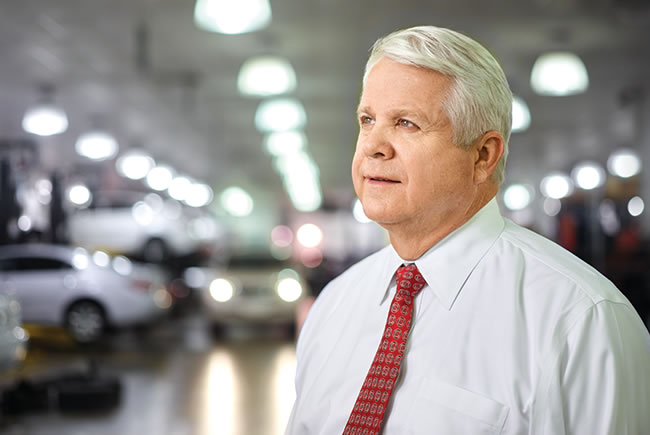 Floridian of the Year: Colin Brown

Christina Hieber lives in a different financial world than the customers at JM Lexus in Margate, her employer. Hieber, 73, works behind a counter on the showroom floor, providing coffee, sandwiches and hospitality to car shoppers and customers who’ve brought their automobiles in for service.

Until last July, Hieber made $9.15 an hour at the dealership, which is owned by JM Family Enterprises. To get by financially, she also held a night job as a security guard. Between the two, she worked 64 hours a week.

In August, Hieber was able to quit that second job after JM Family Enterprises implemented a $16-an- hour minimum wage, which for her amounted to a 75% increase in pay.

For full-time employees like Hieber, $16 comes to just over $33,200 a year in pre-tax income, or $2,770 a month based on a 40-hour workweek. That doesn’t give her much room for spending on extras. But with careful planning, she can set aside money for travel.

“I can have fun now,” she says. Hieber has grandchildren scattered across Florida and Maryland and hopes to spend more time with them, she says. Originally from Peru, she also would like to travel to South America “and see family for the first time in 15 years.”

According to an analysis of federal government data by the Economic Policy Institute, a single person living alone in south Florida needs $2,613 a month to maintain a decent yet modest existence. EPI’s estimate takes into account the costs of food, housing, transportation, health care, clothing and taxes, but does not include any personal savings.

Hieber says her new pay rate is enough to cover the basics, with a little pocket money left over. “I don’t have to work a second job, and I’m going to be able to travel,” she says.

Bar Chart of Hourly Wages in Florida
27% of the 4.34 million hourly workers in Florida earn less than $10 an hour. 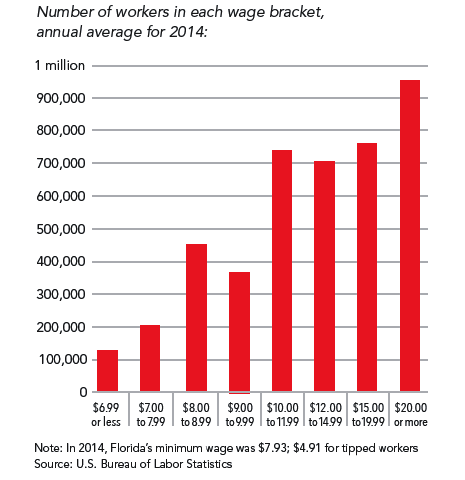