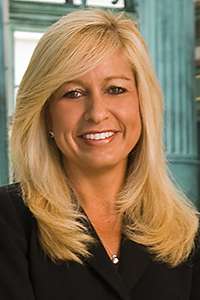 In 2013, Kelly Smallridge, CEO of the Business Development Board of Palm Beach County, was trying to convince the CEO of a financial services firm to move his company down from the northeast.

The CEO told her he was sold on the county but indicated there was a hurdle: In a couple of weeks, he said, his wife would come down to check out the schools. The family included four children, who were attending prestigious schools in Connecticut.

Smallridge saw the need to win over the man’s wife by connecting the family with good schools. But she says the encounter also amounted to an “aha moment” that brought into focus a major shortcoming in the BDB’s overall strategy — the fact that the educational system, always a key concern for business recruits, and the economic development apparatus were strangers.

When it came to schools, she says, “Our efforts were not organized. We’d show up at schools, and the headmaster or the principal didn’t know our economic development program, and we didn’t know how to promote their schools,” she says.

In just two years, the county’s business and education leaders have formed a new kind of relationship. The first step involved creating a task force to rally the business community and engage key educational leaders to change the way they present their institutions. One result: The county’s K-12 public school system revamped its website, making it easier for users outside the district to learn about the system.

The Business Development Board went a step further. In partnership with the education community, it consolidated information from all the schools in the county — traditional public, charter, private and faith-based high schools, along with colleges and universities — on one website (pbcedu.org). Along with links to each school’s website, the site features videos, “points of pride” that highlight accomplishments and school resources, and a mapping tool so that prospective residents can see what resources are near where they might live.

Meanwhile, the task force, led by PR and marketing whiz Carey O’Donnell and Ken Kahn, president of LRP Publications, went about giving educational leaders from all school sectors a crash course in basic economic development. They explained what business recruiters do, how they do it — and why educators are important to the effort.

The effort has produced a “more formal, organized process” of taking business prospects on visits to schools. Executives are now squired, concierge-style, to schools where they’re greeted by principals or headmasters. The school leaders have learned what questions to expect generally and get coaching in what information a specific executive is interested in, whether average SAT scores, Ivy League admissions rates, the number of Division I scholarships a school’s athletes have garnered, or specialized art, music or science programs at the school.

As the initiative evolved, the interaction between business and education leaders revealed another disconnect — guidance counselors in the K-12 system didn’t understand the breadth of the county’s economy and weren’t in touch with options for students beyond the usual suspects of retail, health care and government.

So in December 2014, all the counselors in the system’s “career academies” got a nine-hour bus tour that took them to major employers, where they were briefed on each company’s business and job requirements. “They were absolutely in shock as to the depth of quality industries in Palm Beach County,” Small ridge says — whether in aviation, life sciences, technology or construction.

Counselors, she says, can now offer “real guidance as to the types and multitude of jobs available in the students’ back yard. We’ve been able to address the issue of ‘brain drain’ somewhat because they know they can stay here and get a fantastic job opportunity.”

There was also a lesson for business leaders: Many training programs oriented toward knowledge-based careers were already in place in the schools. All that was missing was a connection to the local jobs and companies.

The next step in the initiative occurs in February, when each public and private high school in the county will send a busload of students — more than 1,000 juniors and seniors — to a central job fair. Along with the traditional industries represented, for the first time there will be representatives from a large number of companies in targeted, high-wage industries, including FPL, Pratt & Whitney and Sikorsky. Students won’t just wander around; each will get a set of assignments, whether it’s getting a signature from a company rep or attending a panel discussion.

Smallridge’s realization about the importance of the connection between education and economic development is hardly new. I can’t count the number of times I’ve heard business recruiters say one of the first questions a prospect asks is about the quality of the schools. And in recent years, economic developers and educators in some communities have made efforts to collaborate better.

What’s impressive about Palm Beach’s effort is how comprehensive it is, and how it’s extended all the way into workforce issues. Also, the fact that it has generated results in a short period of time, in a big, complicated county with plenty of stakeholders and political fiefdoms.

Smallridge is justifiably proud. “We have a full-fledged educational initiative that showcases our schools from top to bottom. We’re not a foreign organization to these schools, and they’re not foreign to us. It’s all about building relationships.”