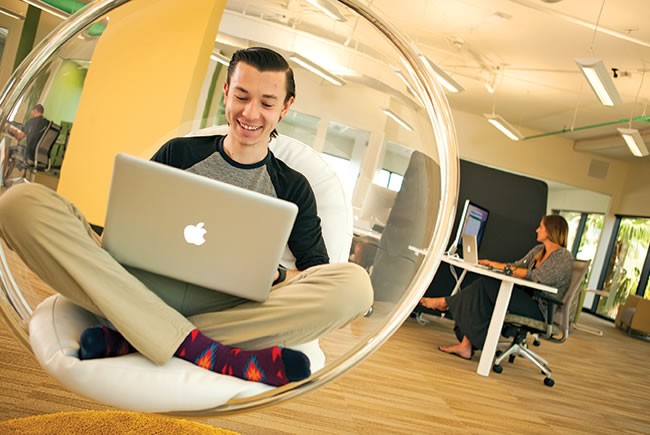 Recent Eckerd College grad Adam Rusin started out at Squaremouth in customer srevice.  A year later, he was product manager. 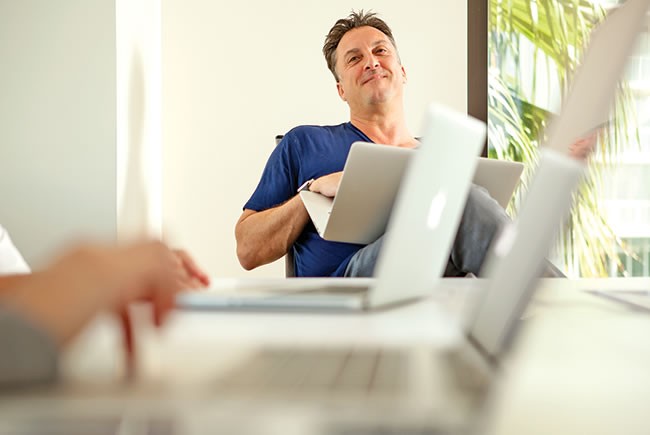 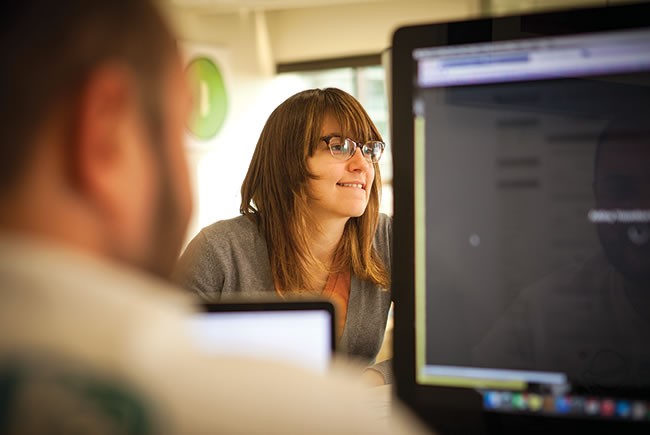 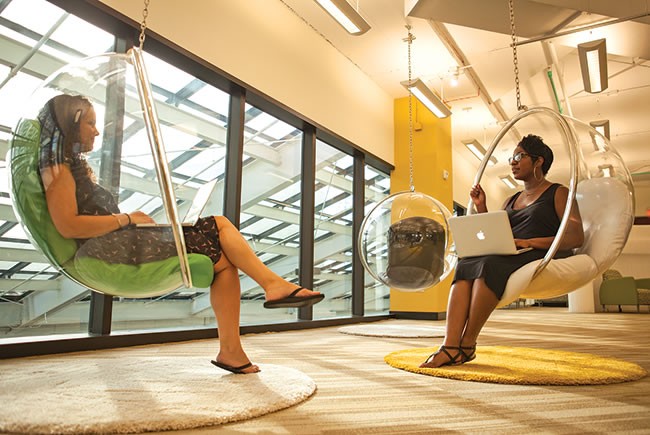 Squaremouth took its cues from Silicon Valley in setting out to create a quirky irreverent workplace. 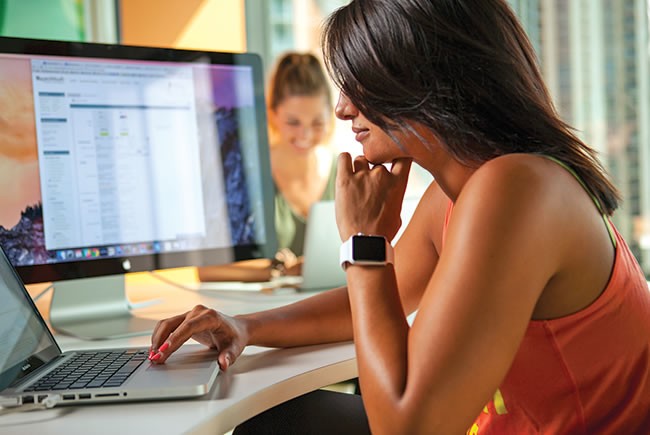 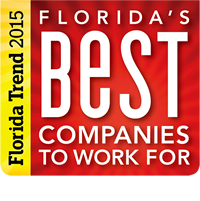 « Return to Florida's Best Companies To Work For 2015

We Throw Them Right In

At online company Squaremouth in St. Petersburg, autonomy for employees is a core value.

Prospective employees learn about the company ethos at Squaremouth within seconds of walking in the door. Job interviews are sometimes conducted by having everyone in the company sit down in a circle and ask questions of the candidate.

Adam Rusin remembers the experience last year. When he finished the interview, he was told to go home, clean up his presentation and come back the next day. He showed up again 24 hours later — more casually dressed this time around — and was hired.

Rusin started out answering phone calls, responding to emails and doing online chats with website users. A year later, he is Squaremouth’s product manager, responsible for ensuring the policies listed on the company’s website are accurate and up-to-date.

Employee empowerment is a core value at Squaremouth, says company founder Chris Harvey, a British expat who once worked in insurance administration. And it’s one of the reasons the firm made Florida Trend’s 2015 list of best companies to work for (No. 18, Small Companies).

“I think what makes us fairly unique is the power that we will give to people,” Harvey says. “We throw them right in. Most people who come to us are pretty shocked that they’ve been given so much autonomy.”

Harvey, who arrived in the U.S. in 1998, began the company that would become Squaremouth five years later, sensing that there was vast growth potential for travel insurance in the U.S., where a lower percentage of travelers buy policies compared with Europe. He originally named the company QuoteTravelInsurance.com, but in 2006 changed the name to one he hoped would stand out from competitors and be easier to remember for consumers who might only seek out travel insurance every few years.

Harvey says Squaremouth has grown slowly but steadily. It did more than $14 million in revenue last year, primarily from selling other travel insurance products, as well as its own. The company employs about 18 people in St. Petersburg and another nine or so in Fort Wayne, Ind.

Taking its cues from the tech world rather than the insurance world, Squaremouth tries to emulate the quirky, irreverent culture of Silicon Valley. Employees are given unlimited vacation days. They are encouraged to take their birthdays off, incentivized with a $200 “beer bonus.” The company has a “no shoes” dress code (it’s more like a “shoes optional” code, a spokeswoman concedes) and it recently gave every one of its workers an Apple watch.

“Because we didn’t take any outside funding, it was kind of easy for us to experiment. We were able to make our own decisions,” Harvey says. “I suppose it’s been like a slowly unfolding test of how to build a little company.”

Transparency — another fundamental company value — is expressed both symbolically and operationally. All of the walls inside Squaremouth’s St. Petersburg office are made of glass, for example. More substantively, when someone at Squaremouth asks for a raise, the employee must make the case in a company-wide meeting. The decision then is put to a vote — voting is mandatory and it’s not anonymous.

“I’m learning something every day,” Rusin says. At Squaremouth, he says, “You can kind of create your own path.”