The U.S. economy contracted in the first quarter owing to bad weather, a strong dollar, cuts in the energy sector and disruptions at ports. However, growth has rebounded in the second quarter. Retailers reported strong sales in May and employers stepped up hiring. Housing is also strengthening. Gross domestic product fell at a 0.2 percent annual rate in the January-March quarter instead of the 0.7 percent pace of contraction it reported last month. Read report from the Bureau of Economic Analysis (BEA), and also see Reuters.

SE Florida Roundup
The makings of a jobs boom 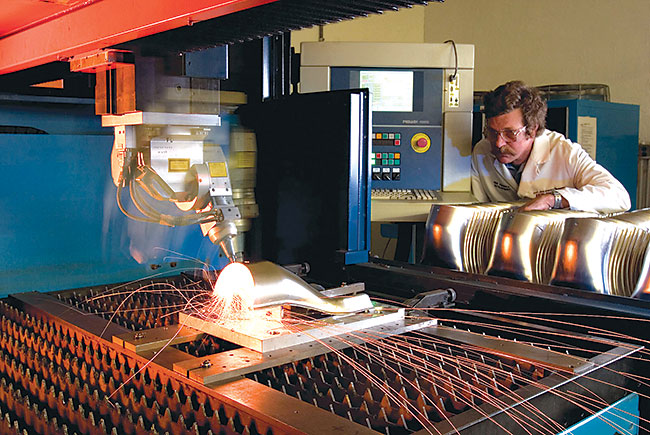 Manufacturing employment has surged in southeast Florida since 2010 as the region began emerging from the recession.The aircraft industry has been one industry driver. » Access the story

Allegiant Air plans to add four routes from Fort Lauderdale-Hollywood International Airport starting in October. The carrier will offer nonstop service to Portsmouth, N.H., Akron-Canton, Ohio, Rochester, N.Y. and Grand Rapids, Mich. [Source: South Florida Sun Sentinel]
Allegiant has been in the news recently because the airline canceled 14 flights leaving or arriving at the St. Pete-Clearwater International Airport since June 17. Some of those cancellations were related to maintenance issues. More at the Tampa Bay Times.

A new study from the National Retail Federation and the University of Florida finds that retailers lose billions of dollars to shoplifting, employee and vendor theft and administrative error – collectively known as "inventory shrink." According to the study, retailers say inventory shrink averaged 1.38 percent of retail sales, or $44 billion, in 2014. The study surveyed 100 senior loss prevention executives from various sectors in retail in March and April 2015. Examine the study's findings, here.

Miami Beach to host US Conference of Mayors in 2017

Miami Beach will host the 85th annual U.S. Conference of Mayors in 2017. The summer meeting brings together about 250 mayors from across the country to discuss a wide range of issues. The nonpartisan organization is made up of mayors from cities with populations of 30,000 or greater. More at the Miami Herald.

Florida bear hunt expected to be approved despite backlash

The Florida Fish and Wildlife Conservation Commission is meeting in Sarasota today, hearing a presentation about black bear hunting and listen to members of the public who have generally denounced it. Public input on the issue is overwhelmingly (77 percent) against the hunt, but Commissioners have said 'yes' on the first vote. More at the Fort MyersNews Press.

In Memoriam
Artist Don Featherstone, creator of the pink flamingo, dies at 79 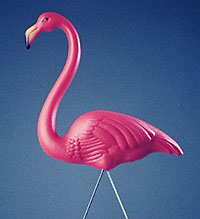 Artist Donald Featherstone, who died at 79, left behind one of the most memorable homages to one of nature's most memorable animals. Featherstone invented the plastic lawn flamingo in 1957, and Florida will never be the same. "I know some people think plastic flamingos are tasteless and tacky," he told the Tampa Bay Times, "but I love them."