Florida Gov. Rick Scott signed a new budget into law Tuesday, but not before vetoing $461.4 million in spending. It is believed to be a record amount for budget vetoes. Scott praised the budget, noting legislators had increased money for public schools, services for the disabled and set aside more than $400 million for tax cuts. More at the AP. 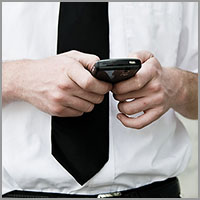 Late last week, the Federal Communications Commission adopted a rule giving telephone companies wider latitude in preventing robocalls and spam text messages to consumers on both landline and wireless phones. In spite of the national “Do Not Call List,” automated calls and spam texts remain a major annoyance for consumers. FCC Chairman Tom Wheeler said the agency receives more complaints about robocalls than about any other issue, fielding more than 215,000 such complaints in 2014. More at the Wall Street Journal.

Darden Restaurants will spin off a bunch of its real estate into a real estate investment trust as part of plans to pay off $1 billion in debt. The owner of Olive Garden and Longhorn Steakhouse plans to transfer some 430 of its restaurants to the REIT, most of which will then be leased back. More at Forbes.

New research on hundreds of business founders reveals that passion has nothing to do with results a few years out. What matters is preparedness -- whether founders have fully fleshed out their ideas, gained a deep understanding of their markets, and created plans for overcoming obstacles and exploiting contingencies. More at the Harvard Business Review..

One of Tampa Bay's oldest -- and dreariest -- malls is getting a major facelift. University Mall near the University of South Florida will get three new anchor tenants and two new free-standing restaurants as part of a renovation that could start early next year. More at the Tampa Bay Times. 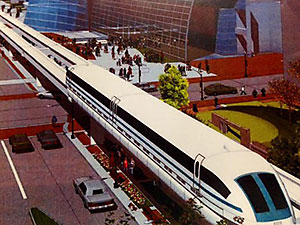 American Maglev Technology Inc. is exploring the idea of a train linking Port Canaveral's cruise terminals with the port Cove restaurant and retail area, nearby beaches and hotels -- and possibly Orlando International Airport. Port commissioners will consider approving a non-binding letter of intent that would allow American Maglev to study the ridership potential for such a system. More at Florida Today.