The Obama administration weighed in on Florida’s legislative debate over Medicaid expansion Thursday with an updated version of a report from the White House Council of Economic Advisers counting the ways the Sunshine State would gain by opening eligibility for the government healthcare program to nearly all low-income adults. More at the Bradenton Herald.

Jacksonville is a great place to visit — and also a great city in which to live, build a career and raise a family. It's a city on the move.

The excitement is palpable. From the Shipyards and "Healthy Town" to coffee shops and craft breweries, residents are pumped about all the investment in their growing city.

Digital Grass, a social impact group and diversity accelerator, will expand its programs and services to help close the diversity gap across South Florida’s tech and innovation community. It received $75,000 in support from the John S. and James L. Knight Foundation. More at the Miami Herald.

Oystermen hustling to keep up with new regulations

Oystermen and women are working under the gun of a revised Florida Department of Agriculture and Consumer Services regulation mandating that all whole-shell oysters have to be under refrigeration by 11 a.m. — three hours earlier than in previous years — and be cooled to 55 degrees by 1 p.m. More at the Pensacola News-Journal.

A new study that measures startup activity in the country’s 40 largest metro areas shows Orlando taking a tumble during the last year. But area startup advocates say the city’s showing in startup density is cause for optimism. More at the Orlando Sentinel.

For Florida's biggest utility, responding to a hurricane is a war with trucks, mountains of supplies, drones, sophisticated communications and satellite tracking, all to be commanded by a $1 million mobile center that still smells new. More at the Orlando Sentinel.

Design
Prototypes of Newspapers in a Capitalist Cuba 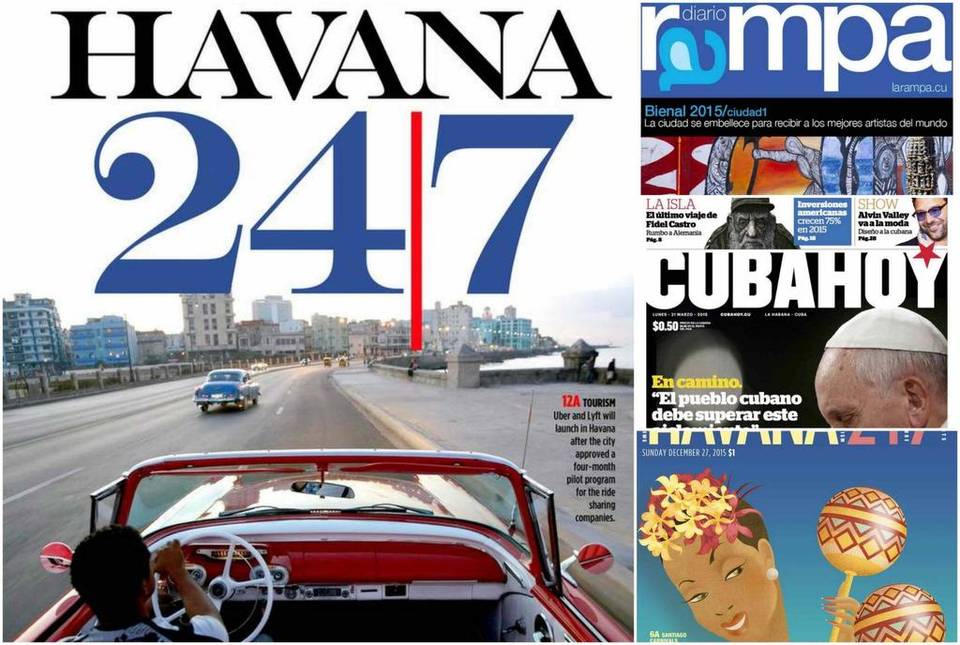 Three Cuban-American designers have dreamed up what might be the future newspapers of a Cuba where McDonald's could advertise a “McLechon” and Cubans could read about entertainment or politics in modern and attractive formats.

» More from the Miami Herald