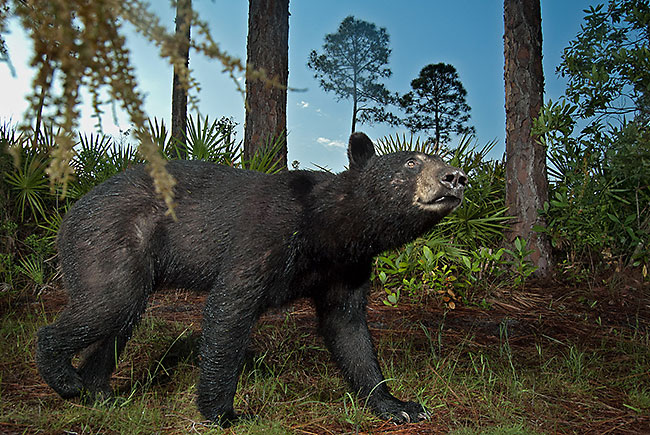 A Florida black bear ambles down a firebreak in a forest of pine and palmetto, where a camera trap set by expedition photographer Carlton Ward, Jr. is waiting. 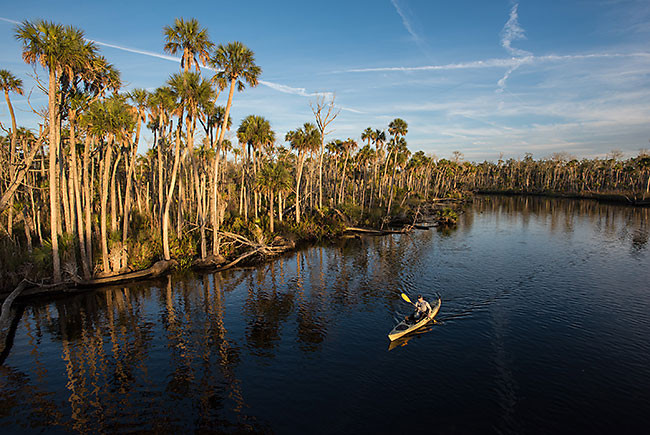 Joe Guthrie paddles a kayak down one of the many creeks of the Chassahowitzka National Wildlife Refuge, a key protected area along the Nature Coast of Florida. 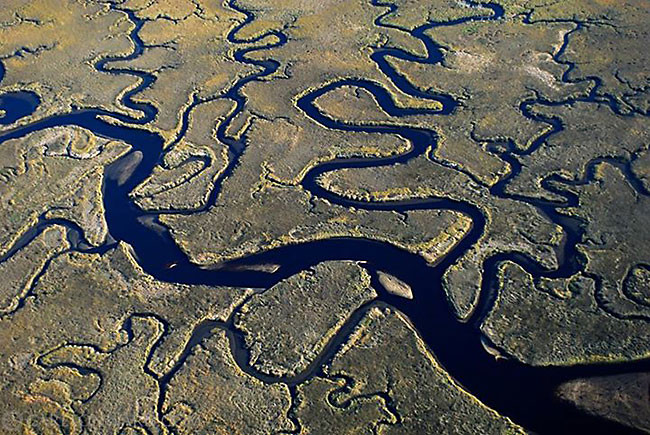 The Expedition team paddled down the Suwannee River near its delta with the Suwannee Sound and Gulf of Mexico. This aerial view of the of the delta is only 12 miles north Cedar Key. 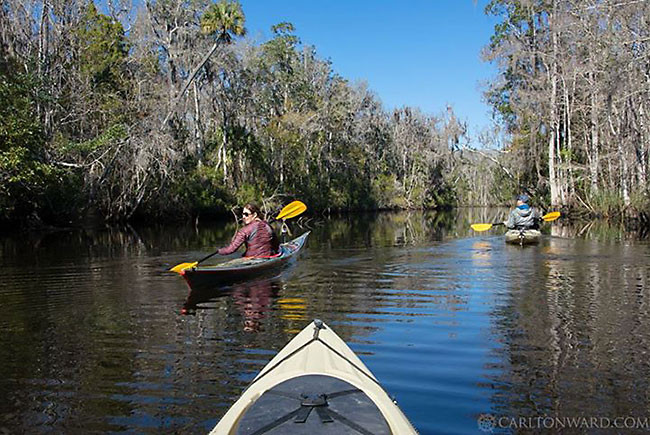 On day 18 of the Florida Wildlife Corridor Expedition, Mallory Dimmitt, Joe Guthrie and Carlton Ward Jr paddled down the Suwannee River toward the town of Suwannee. 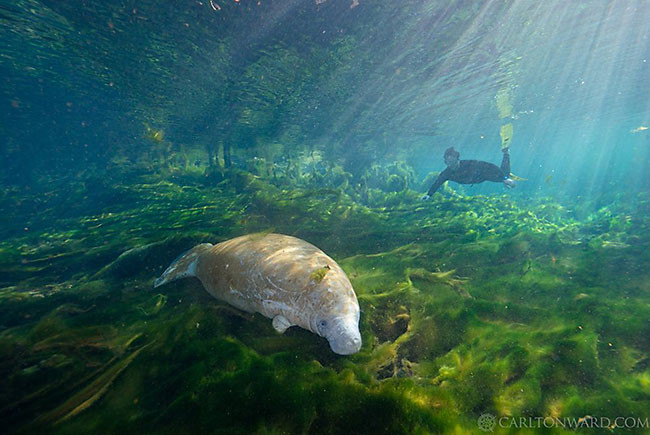 During Week 3, the Florida Wildlife Corridor Expedition team arrived at Florida's Nature Coast. According to team member Joe Guthrie, the Nature Coast is a place where "the loss of habitat and the impact of highways has left a small population of Florida black bears stranded in a shrinking envelope of habitat, squeezed between the Gulf salt marshes to the west and big roads and strip malls to the east. This is where we find the Chassahowitzka black bear."

Below are more exerpts from Guthries's blog post, which can be found in full on National Geograhic's "Voices" channel:

The Nature Coast comprises the inside curve or Big Bend area of the western coast of the state, encompassing the counties stretching almost from Tampa to Tallahassee (see our map identifying the Big Bend here). For the most part the area lives up to its moniker, with several large stretches already under protection as wildlife refuges and water management areas, and timber operations filling in gaps in between small coastal fishing towns like Yankeetown, Cedar Key, Suwannee, and Steinhatchee.

My interest in this section of the expedition is in checking out the linkages in and around remaining bear habitat. With so much habitat left along the Nature Coast, it’s curious that the bear population hasn’t re-colonized much or any of it.

Bears in the “Chass” population are challenged just to exist, and appear to be restricted to public lands west of the town of Crystal River, at the very southern extreme of the Nature Coast. It’s the same condition they suffered under fifteen years ago, when the population was first investigated. In 2011, state biologists reported that Chass may include only 11 individuals, showing signs of severe genetic isolation.

Expanding the range of the Chass bear is unlikely. According to the biologists studying the population, the key to survival is to establish resident bears elsewhere along the Nature Coast to the north, such as at Lower Suwannee National Wildlife Refuge, and then, to improve and restore bear habitat in potential wildlife corridors. The idea is that those animals will use corridors to find the Chass bears and breed there, providing at least a boost to the genetic health of those few remaining individuals.

With a spate of bear attacks over the last two years, talk of bringing back a Florida black bear hunt is making headlines in recent days. The larger conservation community in Florida is wrestling with how to handle bear-human conflicts, and I feel it’s important to recognize the role that wildlife corridors play in reducing negative bear-human interaction. One of the adverse effects of habitat fragmentation is that it brings human beings and wildlife into close contact (one case in point here). Reducing the chances for human conflicts that emerge when wildlife habitat is fragmented is considered one of the benefits of wildlife corridors.