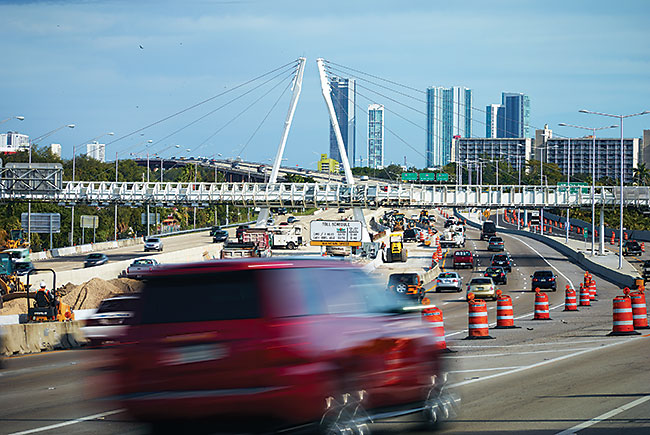 Rental car companies are taking on fees that are sometimes two and three times the cost of the tolls themselves.

Of tourists and toll roads

Many tourists are surprised to find fees on their bills to account for their use of automated toll roads in Florida.

Florida has about three dozen toll roads, bridges and causeways spanning 730 miles — and millions of tourists and business visitors who rent cars. The Sunshine State is, in fact, both the nation’s leading tourist destination and car rental market.

There’s friction at the intersection of those statistics: With Florida setting tourism records and the economy picking up speed, more tourists and business visitors are zipping through automated toll lanes in rental vehicles — only to find at the end of the trip that “administrative fees” have been tacked onto their bill in addition to the toll charges.

Depending on the routes taken, the service fees can be two or three times higher than the actual tolls. Increasing numbers of travelers have complained to the Florida Attorney General’s office, saying they were not told about the charges in advance or found them only later in the fine print of rental agreements.

The Florida’s Attorney General’s Office has logged more than 100 complaints in the past year and a half, and the agency is investigating toll-related billing practices of three major rental firms: Dollar/Thrifty, Avis/Budget and Enterprise. Whitney Ray, press secretary for the Attorney General, says that the office is continuing to review similar complaints involving Hertz.

The focus of the investigations, Ray says, is “whether the rental car companies are properly disclosing what consumers need to know” regarding three key issues: The existence of cashless tolls in Florida; whether a rented transponder is necessary to avoid administrative fees in addition to tolls, and whether consumers are sometimes rented transponders when they are not really necessary.

Rental car companies say they’re justified in charging the administrative fees because so many renters passed through tolls and left the rental firm stuck with the bill. Some companies have contracted with third-party vendors such as PlatePass to centralize toll paying for rental customers who use electronic payment lanes. PlatePass pays the tolls when drivers use certain toll roads and automated lanes, then charges a handling fee, about $4.95 a day in Florida, to the credit card used for the rental. Weekly or monthly fees may also apply.

As the potential for complaints grows along with the number of all-electronic toll roads, some rental agencies are taking additional steps to alert customers to the fees. A rental company based in Orlando, E-Z Rent A Car, reached a voluntary settlement with the Florida Attorney General in 2012, agreeing to revise its contract-agreement to more “clearly and conspicuously” disclose all of the fees at the time of the rental, including a toll-service charge of $6.99 a day. The rental company, operating at 12 airports nationwide including Orlando International, reimbursed the state $10,000 for legal costs and made voluntary restitution of $834 to consumers.

Florida’s prepaid SunPass transponder system accounts for about 80% of tolls paid on the turnpike system, but the Florida Department of Transportation offers another automated option for drivers without SunPass. The FDOT’s “Toll-By-Plate” program takes photos of license plates as vehicles travel through automated tolling locations.

Invoices for the tolls, including a $2.50 administrative fee, are mailed to the vehicle’s registered owner — whether individuals, companies or car rental agencies. Rental agencies then pass on the charge to the renter and tack on additional fees. Transponders from personal vehicles also can be used in rentals to avoid fees, the FDOT says, but various restrictions apply and each company has different rules.

The rental industry has lobbied in recent years to try to keep states from restricting toll-related administrative fees. Bills introduced by Florida lawmakers to limit fees have so far failed to get out of committee. The American Car Rental Association says it remains vigilant in opposing efforts to impose “vicarious limits” on fees that the car rental companies deem appropriate.