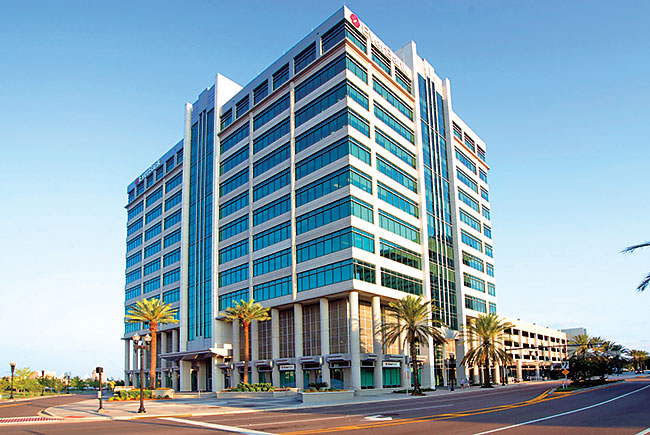 Mergers, acquisitions and IPOs in Florida

Three of the top five merger and acquisition deals in the Southeast last year had Floridabased targets. The state accounted for 189 deals involving a total of $34.7 billion, according to the Mergermarket Group. Among the top deals in Florida last year:

Community Health Systems, a Tennessee-based hospital operator, acquired Health Management Associates, a Naples-based for-profit hospital chain, for $7.06 billion. HMA had operated 71 hospitals in 15 states. In the process, CHS became the largest hospital operator in the country, measured by the number of hospitals. HMA is under federal investigation for possible Medicare fraud, and the government also has intervened in eight false claims lawsuits filed against HMA by former employees who say the company, to boost revenue, implemented policies that resulted in medically unnecessary admissions.

Back in the Fold

Fidelity National Financial of Jacksonville acquired Lender Processing Services, also of Jacksonville, in a $3.8-billion deal. The move brought LPS back under direct control of FNF, which in 2008 had spun off a company that in turn had spun off LPS, which provides mortgage processing services and technology. In a settlement with the Federal Trade Commission, FNF agreed to sell a set of title plants and other LPS interests in Oregon. There had been charges that the acquisition would lessen competition in those areas. In addition to providing mortgage-related services, Fidelity is the largest provider of title insurance in the country through three underwriters. The company also has a minority interest in benefits processor Ceridian and owns a majority share of American Blue Ribbon Holdings, which operates the O'Charley's, Ninety Nine Restaurant, Max & Erma's, Village Inn, Bakers Square and Stoney River Legendary Steaks restaurant chains. Fidelity also owns a majority share in Remy International, a designer and manufacturer of after-market auto and truck parts.

In the first quarter of 2014, the biggest M&A deal in Florida involved the acquisition of Catalina Marketing, a division of private equity firm Hellman & Friedman, by another investment firm, Berkshire Partners of Boston. Berkshire paid $2 billion for control of Catalina, a digital media marketing firm with 1,350 employees that is based in St. Petersburg. Hellman & Friedman, based in San Francisco, took Catalina private in 2008 and will retain a "significant" stake in the business.

WCI Communities, based in Bonita Springs, is a builder and operator of residential communities. The company, which first went public in 2002, was clobbered during the real estate downturn in 2005 and reorganized as a private company in 2009. It raised $102 million from its 2013 IPO and trades as WCIC on the New York Stock Exchange. The company's CEO is Keith Bass.

Cambridge Capital Acquisition is a private equity firm based in West Palm Beach that specializes in investing in supply-chain companies. The company's managing partner is Benjamin Gordon. Its IPO raised $70 million. Shares trade on the Nasdaq market under the symbol CAMBU.

Applied Genetic Tech, which operates from the Sid Martin Biotech Incubator in Alachua, is a biotech firm that uses gene therapy to treat rare, inherited eye diseases. The company, with revenue of $1.3 million before it went public, raised $50 million from its IPO. It trades on the Nasdaq as AGTC. The company's CEO is Sue Washer.

AxoGen markets technologies that help protect and repair nerves. The technology is licensed from the University of Florida, and the company also operates from the Sid Martin Biotechnology Incubator in Alachua. The company trades on the Nasdaq exchange as AXGN. It had $8.2 million in revenue in the year before its public offering, which raised $18 mill Karen Zaderej is the company's president and CEO.

XG Technology, a developer of internet software technology for wireless communications, had revenue of $406,000 in 2013. It raised $10 million in its IPO this year. The company trades under the symbol XGTI on the Nasdaq exchange. It is based in Sarasota, with engineering offices in Fort Lauderdale. John C. Coleman is the company's CEO.

Olympic organizers insist that the games will go forward in Tokyo despite reports that the Japanese government is planning to cancel the event.