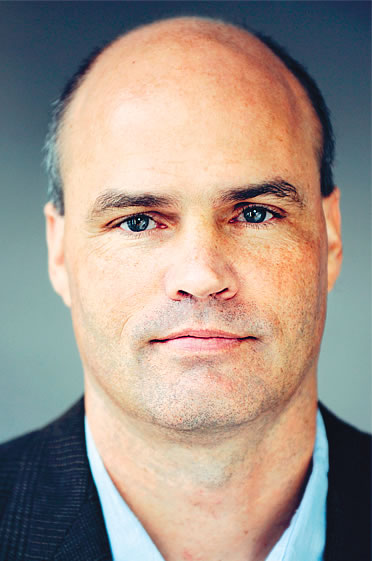 Florida Trend: I heard you talk in an NPR interview about how your father committed suicide when you were in graduate school. Were you thinking of studying suicide before that or was that the reason why?

Expertise
Considered one of the nation’s leading experts on suicide. Author of 17 books about suicide.

Thomas Joiner: No, it’s not the reason why. It would be a simpler story if it were. But I had already started studying things in that neighborhood, that domain. Depression and one of its most pernicious aspects, namely suicide. But I was very green and very much the rookie. So I didn’t really see it coming with my dad at all.

FT: Is suicide more common with men than women?

TJ: A lot more. In the U.S. it’s 4-to-1. It’s really striking. I’ve argued that you have to go through certain life experiences in order to be able to do it. Or else you will get stopped in your tracks. Having gone through painful, provocative, fearsome activities or experiences. So that you have learned to deal with fear. And that is a gender-linked thing as it happens. When you start talking about football, for instance, that is a good example of learning to deal with just absolute disregard for your body. You can’t play the game well without the very unnatural state of mind that you just don’t care about what happens to your body. A lot of women don’t have that experience or at least certainly not in football. That contributes to the gender difference and outcomes.

FT: What’s the most common method of committing suicide?

TJ: In the U.S. there is no doubt, firearms.

FT: What about other countries?

FT: What does the research show in terms of the best way to prevent suicide?

TJ: There are a few ways to go, and one is the modern management of the mental disorders that spur suicide. We know of treatments that do work for the top five conditions. The top five conditions that fuel this are bipolar disorder. And major depressive disorder is a big one. Borderline personality disorder and schizophrenia. Anorexia is actually really lethal. The numbers are not that high because the prevalence rate of anorexia is so low. But among the rates, the rates among anorexic people is the highest of all actually.

FT: What else has been found useful in suicide prevention?

FT: But there this argument out there if you are bent on suicide you will find a way to do it.

TJ: What you tend to find is means-restriction of various sorts works. It reduces death. One of my friends is doing a study on bubble packaging of medicines. If you go to Walmart or whatever, you can buy a big container of something like Tylenol. It’s loose. They are loosely packaged in there. Those are dangerous for overdoses. People can pour out a lethal amount just right into their hand. Bubble packaging, as you know, is when you have to poke it out of their packages one at a time. And it just takes time.

FT: That really works and research proves that works? It seems simple.

TJ: Exactly. That is the frustration here. There are some pretty simple things we can do that we tend not to do, and it costs us lives.

FT: You get research grants for your work. Where do they come from?

TJ: The Department of Defense now.

FT: What kind of research are they funding?

TJ: It’s intervention-related. So we want things that will bring down risk. That can be done on a platform that is realistic in the military life. Like a smart phone.

FT: How would you use a smart phone to prevent suicide?

TJ: You have to creatively think of ways to hit targets that might fuel suicide. Here is one: Sleep. Insomnia is a big trigger for suicidal behavior. It’s one of the top signs that you will see in the day or two or three before the death. So if you could put something on a platform like this that would take insomnia levels down a notch or two, you will affect the suicide rate a notch or two. So these days that is not hard to do. There are behavioral approaches to insomnia that are really simple. That you can program into these kinds of devices.