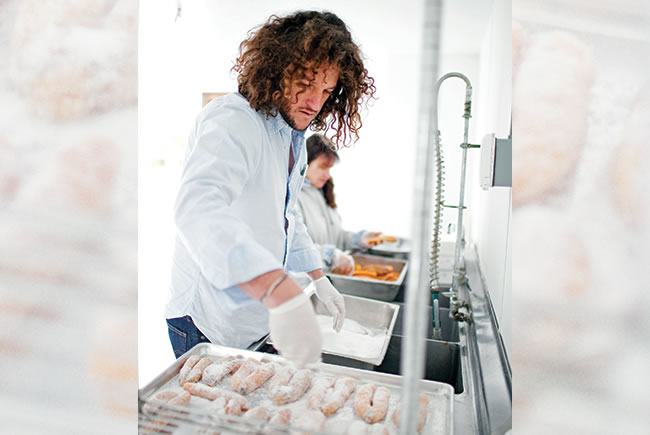 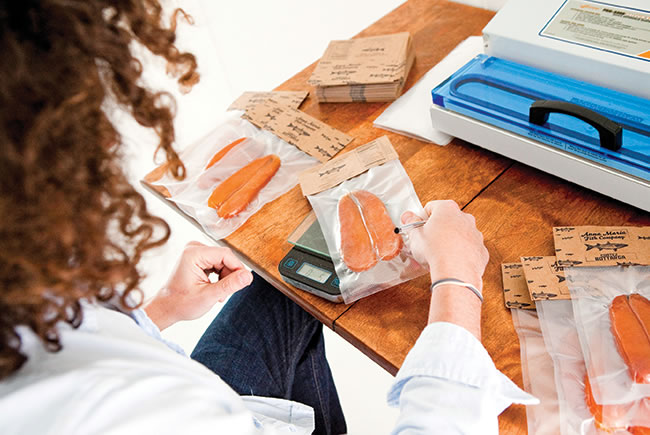 As mullet spawn in the southeast Gulf of Mexico each year from early November through January, the commercial fishing fleet that operates out of the village of Cortez harvests up to 400,000 pounds of mullet roe.

The fishermen sell the fish eggs for between $6 and $15 a pound to processors, who freeze the roe in its natural casing and ship it to Europe and Asia. There, much of it is salted and sun-dried into a solid block that tastes somewhat like anchovy. In Italy, where it’s called bottargo, the roe is shaved or grated over pasta or bread. In Japan, it’s a pricey delicacy called karasumi that’s usually served with sake. Some cured roe is exported back into the United States, where it’s gaining favor among chefs, selling for $100 or more a pound.

Seth Cripe, a 34-year-old Manatee County native, did the math and saw opportunity both for himself and for the fishing industry in Cortez.

Last mullet season, the company produced 2,000 pounds of bottargo and sold it for about $90 a pound. This year, Cripe plans to process 5,000 pounds. He and his mother, Nancy, do most of the salting and curing themselves.

hiles, a partner in the fish company, says curing the roe in Florida keeps the added value in local pockets rather than sending it “halfway around the world.” He says the same goes for Gulf octopus and sardines, which the fish company plans to can and sell, and Gulf sunray clams, which he says taste better than littleneck clams and ship better as well.

“Many people say the best days of Cortez are over,” Chiles says. “But if we do these things we’re talking about with the wild and sustainable products that are available here and if we look at changing the business model from a commodity-based one to a value-added-based one, then Cortez’s best days are still ahead.”