“I can go outside and breathe,” says Skip Clements after hearing that accountant Joseph Rizzuti will be serving time. 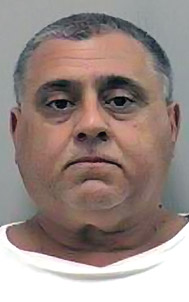 A sense of closure for Skip Clements

Sit long enough by the river, the proverb goes, and the body of your enemy will float by.

For nearly 13 years, Henry T. “Skip” Clements, 62, of Stuart, has done more than sit by the river. In the 1990s, Clements rose to prominence after China selected his company to be the sole exporter of Florida citrus into the giant nation. Clements “literally could save Florida’s $8-billion local citrus industry,” one reporter wrote. Others believed the Chinese were insincere and just used the Clements deal to ease criticism over its trade policies.

In either case, Clements, a sales guy clueless about securities financing, fell in with people who took his tiny company public in a sketchy stock deal, prosecutors said. The scammers made money, while Clements saw his company tank and local investors lost their money. Prosecutors came to believe Clements never made an illegal dime, but his name was tarnished and he has spent the years since badgering government investigators to nail those he holds responsible.

Some vindication came in 2008 [“Sour Grapefruits,” February 2008] when the Palm Beach attorney he turned to for financing, Donald Mintmire, began serving a 21-month term after being convicted of obstructing the investigation into the stock scam. But Clements also wanted to see Joseph Rizzuti, a Palm City accountant and his company’s CFO, investigated.

Rizzuti was never charged in the Clements deal. However, in May, in an unrelated case, Rizzuti was sentenced to six years and eight months in prison after pleading guilty to stealing client payments to the IRS for himself. He also admitted to lying to investors who thought they were investing $3 million with Rizzuti in Nigerian-related oil projects and Bahamian construction, federal prosecutors said. Instead, the money went to Rizzuti and his co-conspirators.