Carol Weissert has directed the institute since 2007. The group gets some of its funding from interest on a $4-million endowment. 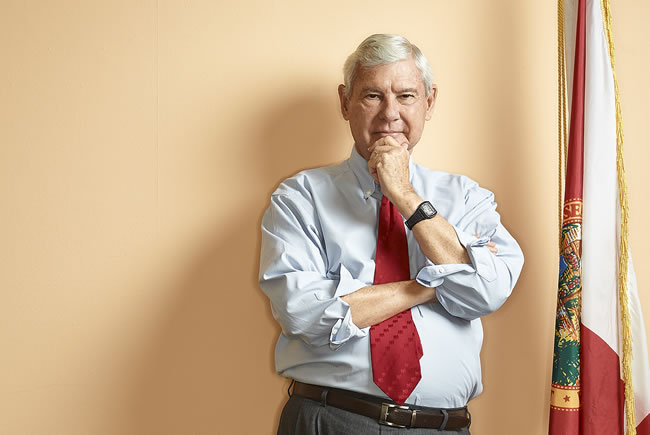 Funding Sources: Interest revenue on an endowment of nearly $4 million and by project-specific support from the Jessie Ball duPont Fund. In the past, the institute has received some funding from the Florida League of Cities for research and to update local governmental revenue and expenditure data. There are no individual donors.

About: Established in 1988, the institute describes itself as a ”non-partisan, statewide policy organization, which studies and promotes creative solutions to key private and public issues facing the people of Florida and the nation.” Originally called the Collins Center for Public Policy, after the late governor, the center split into two separate entities in 2000 — the Collins Center for Public Policy, which operated out of Miami and other offices, and the LeRoy Collins Institute, which is housed at Florida State University. The Collins Center for Public Policy closed this year amid financial woes, but the LeRoy Collins Institute continues its work. The group, which has examined the cost and sustainability of municipal pensions, will study health benefits provided to municipal and county government employees.

Funding Sources: The center receives $265,000 from the state to fund three positions and has a $3-million, four-year grant that funds two other staff positions and new programs. An endowment provides $130,000 per year.

About: The public policy think tank offers a leadership training program for students. Since it opened in 2008, the center has regularly held public events featuring lawmakers, journalists, scholars and others. It also produces white papers on issues such as election reform and conducts occasional polls in conjunction with the UF Bureau of Economic and Business Research on a host of public policy issues. Next year, the Reubin O’D Askew Institute on Politics and Society, which was created in 1994, will be merged into the Bob Graham Center for Public Service. There, the Askew Institute will be represented through the Reubin Askew scholars program for advanced undergraduate students working on research topics in the area of public policy.