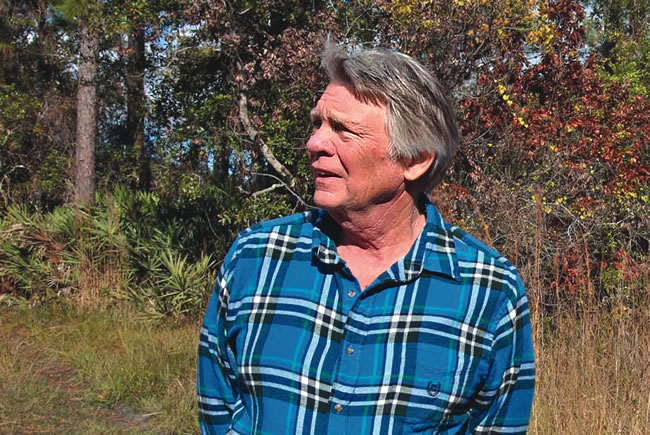 Coy Koontz Jr. persisted in a lawsuit against the St. Johns River Water Management District that his late father initiated. 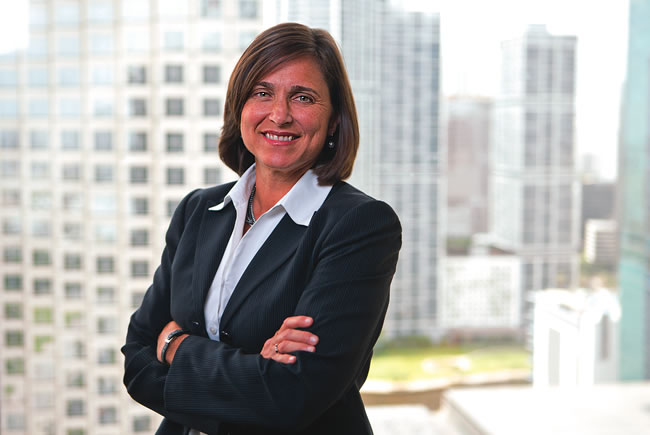 "I think the Koontzes have won a great victory for property owners all over the country." — Attorney Amy Brigham Boulris

A 20-year legal battle over a water management district's condition for development is over — sort of.

Early in her legal career, working for her father’s property rights law firm in south Florida, Amy Brigham Boulris took an interest in “exactions” — cases in which jurisdictions impose conditions on landowners before development can occur.

For years, she closely followed the case of Coy A. Koontz, a Florida businessman who purchased 15 mostly swampy acres in east Orange County. In 1994, Koontz proposed a subdivision on 3.7 acres of the property. He was willing to deed the remainder of the land into a conservation area, but balked when the St. Johns River Water Management District imposed another condition: The agency wanted him to replace culverts on district land more than four miles away. The cost of the work was estimated at more than $100,000.

Koontz sued, setting forth a 20-year legal battle that’s still not over. The case outlived Koontz himself — he died in 2000 — but his son, Coy Koontz Jr., kept it going. When Koontz v. St. Johns River Water Management District reached the Florida Supreme Court in 2011, Boulris assisted Koontz’s legal team pro bono and introduced the family to the Pacific Legal Foundation, which represented the Koontz family when the case went to the U.S. Supreme Court this year.

On June 25, the same day the U.S. Supreme Court invalidated part of the Voting Rights Act, the court also announced a 5-4 decision in favor of the Koontz family.

The Koontz decision is significant, says Boulris, now an environmental and land use attorney at Gunster in Miami, because it reaffirms U.S. Supreme Court precedents that say jurisdictions can only legally impose permit requirements that are proportional and connected to the environmental damage the development would cause.

Boulris says the former case law, referred to as Nollan-Dolan because it’s based on two U.S. Supreme Court cases, has not been uniformly interpreted by courts across the country. She expects the Koontz case will result in a “more even application” of Nollan-Dolan, which she thinks will reduce the need for future legal fights between governments and developers.

Royal C. Gardner, a Stetson University law professor and the director of the law school’s Institute for Biodiversity Law and Policy, doesn’t see it that way. Gardner, who co-authored an amicus brief intended to educate the U.S. Supreme Court about wetlands and off-site mitigation, thinks the Koontz decision might actually spur more litigation.

“It appears that the connection between the mitigation and the development impacts will be subjected to heightened scrutiny, which could embolden landowners to challenge mitigation conditions more frequently,” Gardner says. “If agencies want to protect themselves from Koontz-related litigation, they will need to invest in science-based mitigation methodologies. The agency’s position will need to be scientifically justified.”

Gardner is happy, though, that the court’s decision shouldn’t impact wetland mitigation banking, a common practice among Florida developers who can make deals to develop wetlands in one area in return for buying credits to restore wetlands somewhere else.

“The government has a legitimate interest in requiring wetland mitigation, but the mitigation must have a nexus and rough proportionality to the development’s impacts,” Gardner says.

Mark Fenster, a University of Florida law professor who wrote an amicus brief in support of the district, says he was hoping for a “clearer decision.” But he thinks the decision leaves regulating agencies two choices:

“They could avoid getting into any discussion with a developer and just deny a permit application until the developer presents them with a mitigation plan that they like. If they did that, then they would be likely to win a lawsuit the developer files, because Koontz wouldn’t apply. It only applies when the government demands mitigation,” he says. “Or, they could get into discussions with developers, but only present possibilities which they are confident they could defend in court. Now, in the abstract that’s OK, but the problem is that doing the kind of studies required to defend these concessions is time-consuming and expensive. So, (Koontz) is likely to formalize the development process and chill negotiations between developers/property owners and local governments.”

The case, meanwhile, still isn’t over for the Koontz family. The 15 acres are still undeveloped. The question of compensation to the family still has to be decided by Florida courts because that issue wasn’t addressed by the U.S. Supreme Court. Legal fees have likely exceeded $500,000.

“I think the Koontzes have won a great victory for property owners all over the country,” Boulris says. “But their victory is still not fully won.”