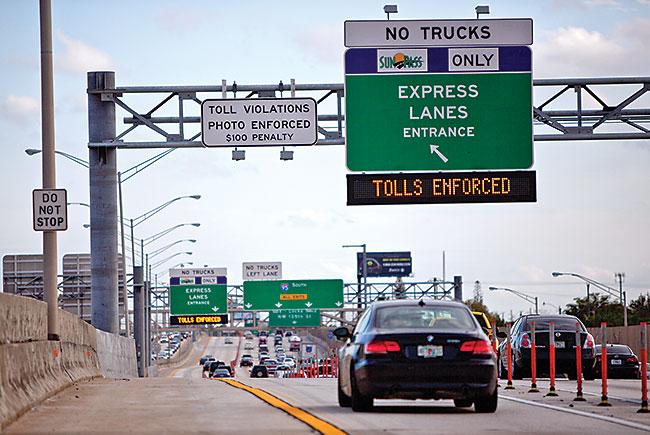 Florida, last year, became the second state to allow driverless cars. Then-state Rep. Jeff Brandes, now a senator and transportation committee chairman, took fellow legislators out on I-10 in a Google-equipped car going 70 mph and left the driving to it. Says Brandes, “It was a pretty awesome experience.”

For advocates like Brandes, R-St. Petersburg, autonomous vehicles hold the promise of increasing the capacity of Florida’s roads and making driving safer. Thus far, however, most of the Florida action is on paper, not pavement. Google doesn’t test vehicles in Florida, but planners have taken note. The Tampa-Hillsborough County Expressway Authority in June contracted with the University of South Florida’s Center for Urban Transportation Research for a $125,000 study on the impact of autonomous vehicles on the region. Center Director Jason Bittner says the center will come out with a series of white papers and host workshops with decision-makers looking at everything from how real the technology is to the affect on toll lanes. “They want to understand the impact on their business model and planning,” Bittner says.

Brandes’ bill also required the Department of Highway Safety and Motor Vehicles to report by February on any legislative or regulatory actions the state should take for the safe testing and operation of autonomous vehicles.

One solution to increasing road use efficiency is to charge vehicles to use limited-entry, designated lanes called express toll lanes or high occupancy toll (HOT) lanes. The charge for using such lanes varies with demand and congestion. Starting at 25 cents in Miami-Dade, the price rises — sometimes north of $7 on I-95 — as more motorists opt for the designated lanes. In return, drivers get a more predictable travel time. Drivers in the free lanes see a reduction in volume, too. Overhead electronic tolling antenna and SunPass transponders in vehicles handle the transaction without anyone slowing down or stopping. Though sometimes derisively called “Lexus lanes,” federal research shows low-income people in areas with express toll lanes support them and use them — as do businesses that want to save their drivers’ times.

Variable lane pricing came to I-95 in Miami-Dade in 2008. It’s being extended into Broward and express-lane extra tolling — whether variable or fixed additional charges, depending on the roadway — has been proposed to be added to I-75, the Palmetto Expressway, the Dolphin Expressway, Florida’s Turnpike, the Don Shula, Airport Expressway, the Snapper Creek Expressway and Gratigny Parkway in Miami-Dade. 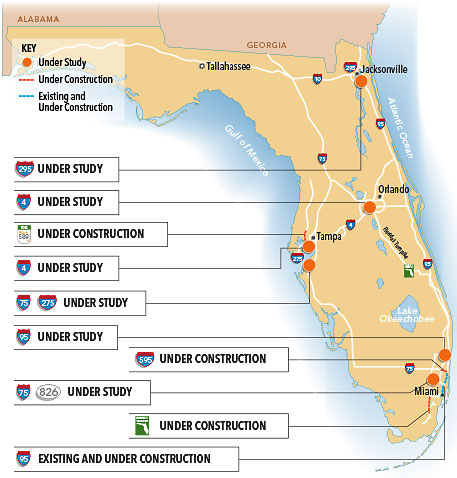 In a stunning rebuke to one of the state’s longest serving social services agencies, a Florida House committee subpoenaed its executives Thursday and the governor launched an investigation.

The CDC sent novel coronavirus testing kits to Florida. They might not work

Florida health officials received testing kits for novel coronavirus earlier this week but can’t use them yet because it’s unclear whether the tests are working.

Get your adrenaline pumping with this Florida State Fair stunt show

Bello Nock and his daughter, Annaliese, are just two of the daredevils performing at the Florida State Fair.