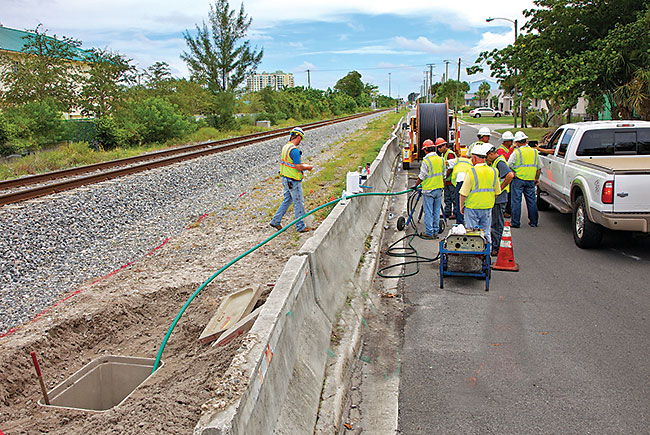 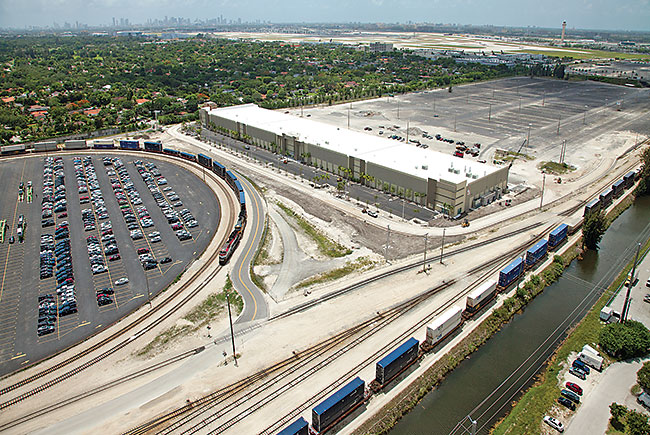 FECI has plans to build facilities to handle imports and exports at its 400-acre rail yard in Hialeah, Florida.

The venerable real estate development and management firm owns 7 million square feet of office buildings, largely suburban, in Florida and another 2,500 acres it can develop. It manages another 10 million square feet for clients. Flagler still has a long future ahead of it — building out that acreage alone will take years — but it’s a low-return business compared to what FECI now is after and is being monetized. Once there’s “no meaningful upside” for a Flagler office property, says FECI CEO Vincent Signorello, FECI will sell it to raise money to fund its three higher-return startups — All Aboard Florida, Parallel Infrastructure and South Florida Logistics Services.

Any company or government entity that wants to put a power line over the 350-mile rail line or a sewer pipe underneath it or a billboard beside it has to pay. Parallel Infrastructure collects those fees and also contracts itself out to collect revenue for other rights of way owners, including state, county and local governments. Signorello says there are 1 million miles of right of way on the major thoroughfares in populated areas the company targets. Up to now, local governments responded ad hoc to requests from telecoms or others to put a cell tower or other structures on government land. Once under contract, Parallel Infrastructure looks for revenue-making projects: It might determine a county-owned site is ideal for a cellular tower, for example, then raise capital to build the cell tower, sell use of it to cell companies and share the revenue with the local government. FECI’s share varies, but it does take the lion’s share. Signorello sees a future in pipelines and also billboards on rights of way.

The 400-acre Hialeah rail yard runs in a strip, long, but narrow, connecting Miami International Airport on the south with the rail line running from PortMiami on the north. “The foregone conclusion in the marketplace is that was a rail yard. It will never be utilized for anything other than a rail yard,” says Vincent Signorello, FECI’s president and CEO. In that rail yard, however, he and FECI see a future of buildings handling imports and exports, a lynchpin logistics center promising lots of profit. FECI took all its industrial sites and put them into its South Florida Logistics Service, where it will develop its 400-acre rail yard — and lots more. The division has representatives working in Latin America to convince exporters there to move their goods through Florida ports. It also owns 2,100 acres of developable Florida land, with 23.6 million square feet of industrial entitlements in place — 12.4 million of them in Miami-Dade. The rest is in Lakeland, Titusville and Fort Pierce. With that division alone, “We will invest in excess of $1 billion in the state of Florida over the next five to six years,” Signorello says.