“We're unusual in that we made the investment ourselves without government grants,”says Saddle Creek Logistics President Mike DelBovo. 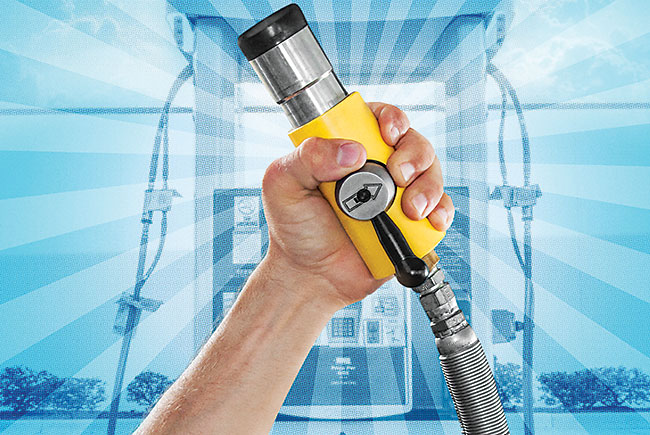 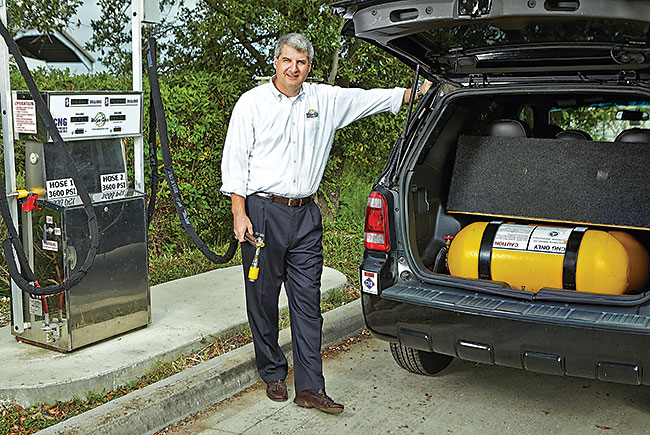 In Lakeland, Saddle Creek Logistics Services, which stores, services and distributes a variety of goods, is a national leader in transitioning trucking fleets to CNG. President Mike DelBovo says the privately owned company spent more than $25 million in 2012 and plans to spend another $20 million this year on fleet conversion and fueling infrastructure. The company’s 400 vehicles travel throughout Florida and as far as North Carolina. Most of its trucks return at night to the destination where they started in the morning.

DelBovo says the trucks fuel up at Saddle Creek and Clean Energy stations in Lakeland or Atlanta and travel throughout Florida and Georgia. The company has worked closely with manufacturers to overcome some initial drawbacks — mostly the number of miles the trucks can go before needing to refuel.

Today, the company has 102 CNG vehicles operating in Florida and has developed a third-generation truck that can carry heavier loads and go as far as 700 miles before refueling. By year’s end, it expects to have another 100 CNG trucks on the road, which would amount to about half its fleet.

“We’re the leader in the nation in the number of CNG fueled trucks we’re using, the miles we’re traveling and the amount of fuel pumped,” DelBovo says. “We’re unusual in that we made the investment ourselves without government grants.”

DelBovo says his company’s owner, David Lyons, believes in becoming energy independent and that natural gas is an ideal untapped fuel supply. “Not every company has the capital for the upfront costs, and public companies won’t want to wait long for a return on their investment. You have to burn through a lot of fuel to get a return on your costs.”

He estimates Saddle Creek will get its investment back in five years at the current cost of diesel. There are other upsides to CNG, however: The trucks operate significantly more quietly and more safely, with less chance of catching on fire.