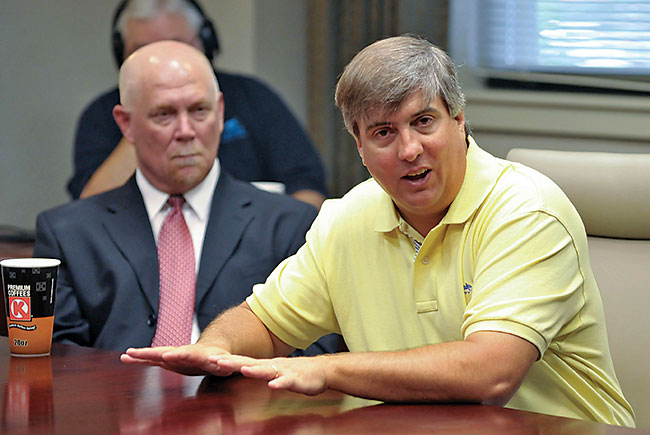 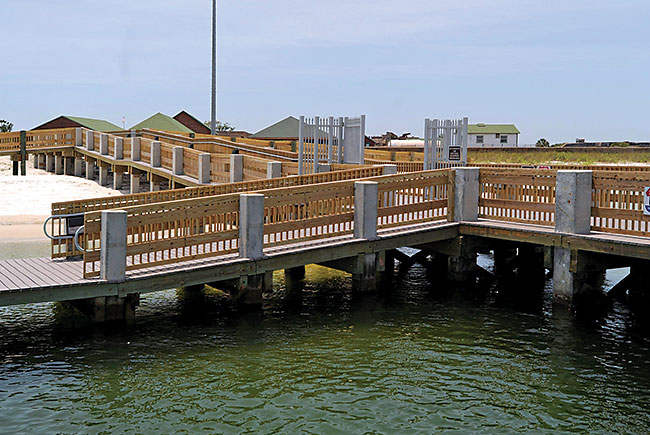 The pier at Fort Pickens was completed recently to accommodate ferry service.

Florida Trend: How will the oil spill fines be distributed, and how much money could northwest Florida receive?

Grover Robinson: The RESTORE Act fund consists of five pots of money: Pot one gets 35%, divided equally among the five impacted coastal states; in Florida, the state’s share then will be divided among 23 gulf coast counties. The eight coastal northwest Florida counties, which were most affected by the oil spill, will receive 75% of pot one Florida money; the other 25% will be divided among the other 15 Florida gulf counties. Exact amounts won’t be known until all court cases are settled. My best estimate is that the oil disaster fines will be between $10 billion and $15 billion, in which case northwest Florida could receive as much as $1 billion — possibly stretched out over 10 to 15 years.

FT:How will the northwest Florida pot one money be divided?

FT: And the other four pots?

GR: Pots two and three, each 30%, are state-directed and could benefit any and all affected counties. Pot four (2.5%) is science-related and five (2.5%) is to create centers of excellence. Also, besides RESTORE Act, there are other significant BP-funded sources for restoration money, significantly National Fish & Wildlife Foundation ($2.4 billion) and awards made through the Natural Resource Damage Assessment process. NRDA recently facilitated $67 million in environmental restoration projects, most headed to northwest Florida.

FT: How should the RESTORE Act money be spent in northwest Florida?

GR: I want the oil spill funds to go toward environmental and economic projects that will truly transform northwest Florida. Also before we start spending the pot one funds, we need to see whether some projects will be funded through other funds — with recent NRDA and environmental awards as an example.

Putting the Money to Work

Gov. Rick Scott and the U.S. Department of the Interior recently announced BP funds that will provide $67 million for coastal repair and recreation projects, most located in northwest Florida. Among major projects: A $20-million Florida Gulf Coast Marine Fisheries Hatchery will be built on a Pensacola shoreline and two passenger ferry boats, with $4 million, will begin transporting tourists across Pensacola Bay to historic Fort Pickens. Funds also were directed to enhance and rejuvenate shorelines, remove asphalt debris and restore dunes and oyster beds. The awards are being made through the Natural Resource Damage Assessment.