The state spent $393 million on beach renourishment over the past decade. Wider beaches create a thriving environment for marine life. 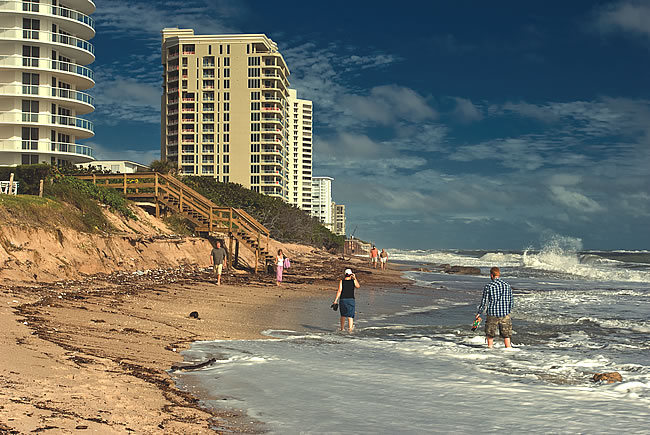 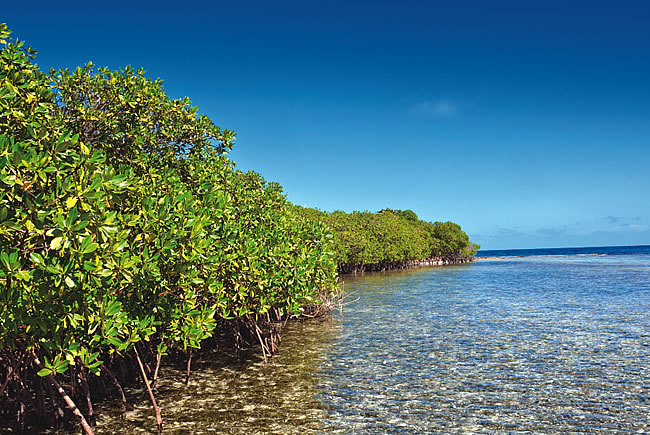 Many factors play a role in beach erosion on Florida’s Atlantic and Gulf coasts: Storms, coastal development, river dredging and dams, jetties and inlets that divert sand. But rising seas magnify the effects of the other factors. This year, more than 398 miles of beaches, or about half of the beaches in Florida, are deemed “critically eroded,” says Florida Department of Environmental Protection spokesperson Dee Ann Miller.

Florida spent $393 million in matching funds on beach renourishment programs in the last 10 years to put sand back on beaches, some of which was paid for by federal funds. It’s not just an aesthetic preference. Beach renourishment is one issue environmentalists and economic developers agree on. Wide beaches are essential for marine life, such as sea turtles, and for the state’s $72-billion tourism industry. Adding sand and dunes onto beaches is also one of the best protections against sea level rise.

Just south of Tampa Bay, Anna Maria Island lost 348,000 cubic yards of sand during Tropical Storm Debby. The Army Corps of Engineers estimates it will cost $20 million to restore the beach there, with $13.6 million coming from the federal government and $6.4 million from Florida and Manatee County. The federal, state and local governments split the check for beach renourishment, though the federal government typically pays a majority of the cost.

The state plans to spend a total of $37.5 million on beach and dune restoration in Florida this year, a 72% increase from the year before. In years following major hurricanes, the budget for beach renourishment can triple or quadruple. As sea level rise accelerates, the costs will escalate, too.

An estimate put together in 2008 by the Environmental Protection Agency says the cost of replenishing Florida’s beaches after 1½ feet of sea level rise is $1.7 billion. Sea level rise of that magnitude could happen as early as 2040, though most estimates say not until closer to the end of the century.