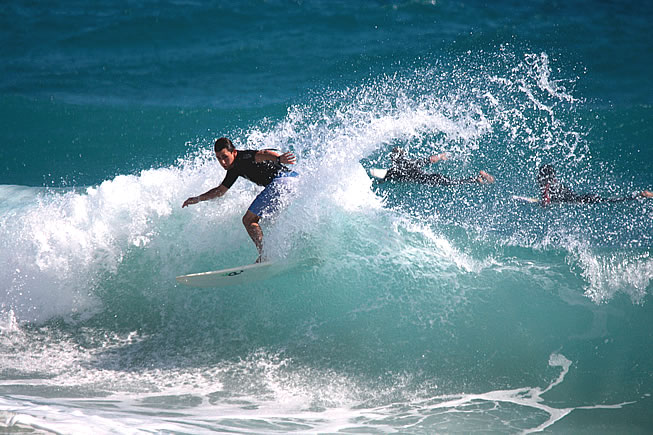 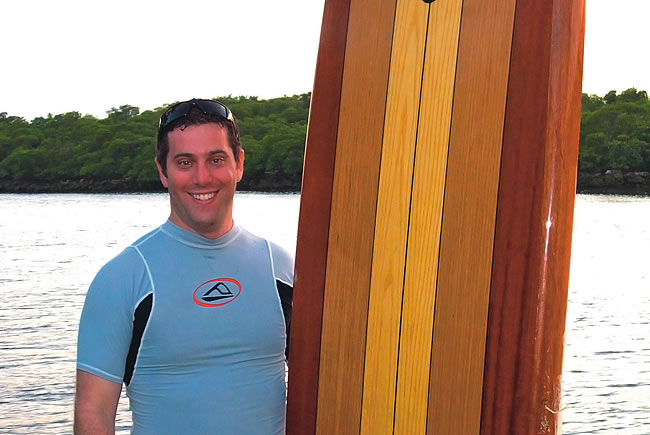 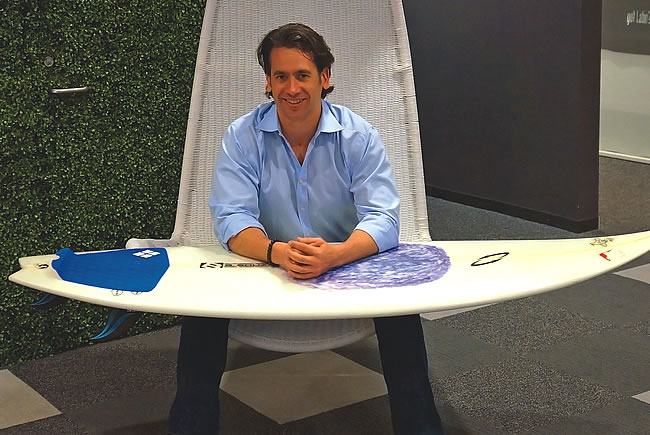 Nick Mohnacky started surfing in the ninth grade. “Friends and I used to take the bus down Beach Boulevard, then walk to the pier to surf every weekend,” he recalls. Mohnacky turned his hobby into a business with Surfr, a software company that is creating a web and iOS application targeting the surf community. It allows users to log their surf sessions, follow friends around the globe, take photos, tag friends, make a comment and rate the conditions. “In comparative terms,” Mohnacky says, “Surfr is Nike+ meets Instagram meets Foursquare. It’s a simple and intuitive way to log your time in the water and keep track of your friends around the world.”

Board-Ready: Mohnacky swims five to six miles a week to stay fit. In addition, he stretches a lot, skateboards and keeps his running limited to 5k’s “because the impact is so taxing on the body.”

Surfing Safaris: Mohnacky went to Hawaii in December. “From Kauai to the Big Island and Oahu’s infamous North Shore, I’d say it’s my favorite.” He also lists Central America among his favorite spots — especially Nicaragua “because the country hasn’t been exploited yet.”

Jacob Steiger started surfing while in medical school at the University of Miami. “While we were going through such rigorous studies, surfing was a great way to clear our heads and put things into perspective,” he says. Lately, Steiger says, it’s been more difficult to get away, but he tries to take a surfing trip at least once a year.

Surfing Safaris: One of his favorite spots: Jeffreys Bay in South Africa. “The right-hand point break is amazing. I’ve experienced eight- to 20-foot wave faces.” He also enjoys the Pacific side of Costa Rica.

Call of the Wild: “In South Africa, we met a surfer who became our local surf guide. This guy was the only person to have been attacked by two great white sharks in what appeared to be a coordinated attack by the sharks off of his local surf break. The whole thing was caught on camera.”

Philippe Houdard was 13 years old when he started surfing. “The surfers in my class were whipped into a frenzy over a tropical storm rolling in,” he says. “After school, a friend lent me his board, and I paddled out with everyone. The ocean felt like a huge washing machine, tossing me all around, but I finally caught my first wave and stood up and everyone was yelling. It was a great moment.”

One-Fin Wonder: Houdard says he was in Costa Rica when an enormous wave “sucked me down underwater for about a minute, ripped my shirt and my watch off, snapped my leash, tore a fin out of my board. I came out fine though. It was a remote spot, so I surfed with only one fin the rest of the week, but it was still great.”