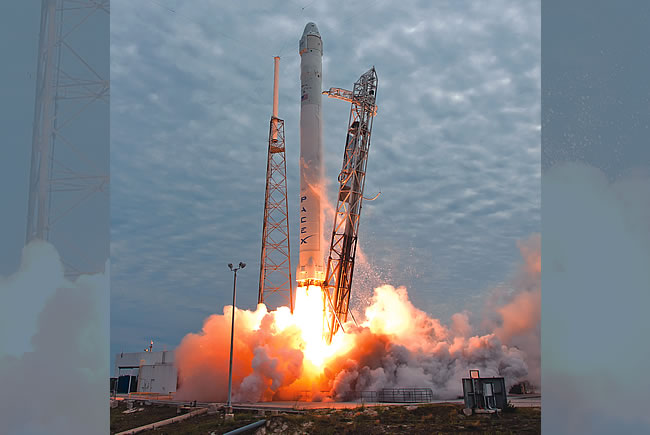 A Space X Dragon capsule flies into space last month on a mission to resupply the International Space Station. 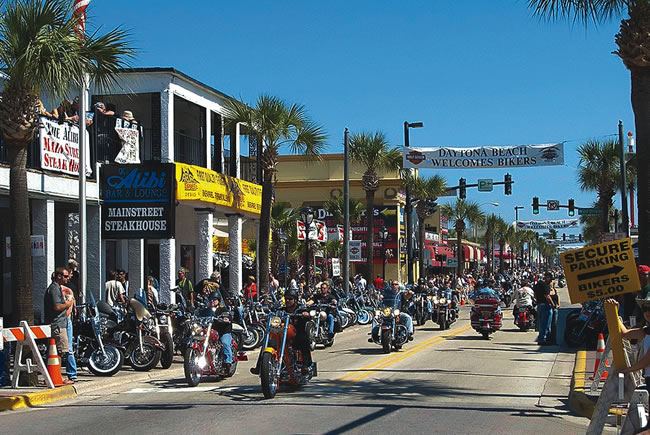 Supporters are pushing to expand Biketoberfest to 10 days. 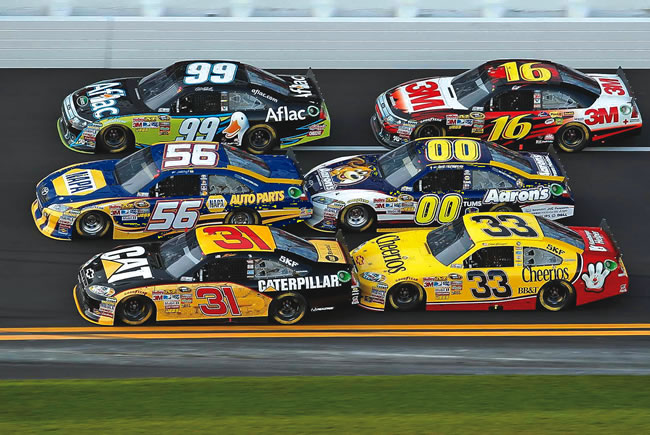 Daytona International Speedway is exploring mixed-use projects around the complex.

» With NASA cutbacks and the end of the shuttle program, the Space Coast economy would be far weaker if not for the growth of the commercial aerospace and aviation sector. While private rocket launches and entrepreneur space ventures will take years to replace the thousands of jobs lost to NASA cutbacks, deep-pocketed investors are lining up to take advantage of Cape Canaveral's aerospace infrastructure, from launch pads to trained personnel. XCOR Aerospace is expected to be among the first private companies selling suborbital flights on a regular basis from Kennedy Space Center, and the California-based firm says it may open a manufacturing and assembly center in Brevard for its reusable Lynx launch vehicle.

» Port Canaveral continues to lead the recovery, setting records in 2012 for the second straight year for cruise traffic volume and port revenue. During the past two years, multiday cruise passenger traffic surged 38% to 3.76 million from 2.72 million in fiscal 2010. The number of port-of-call visits by ships, primarily single-day visitors, rose from 86 to 123. Total port revenue surged 17% for the year to a record of more than $68 million. Port Authority member Bruce Deardoff, an auto dealership owner in Merritt Island, says the port's ongoing expansion will benefit all of Brevard. “As we attract more cruise and cargo business and develop Port Canaveral into a destination, our community reaps the benefits of the increased jobs and business opportunities.”

»  Meanwhile, citrus greening continues to take a toll on Brevard's orange and grapefruit trees. The bacterial disease, transmitted by a tiny leaf-hopper insect, is harmless to humans but ruins fruit and kills trees unless costly control measures are used to keep it at bay. Federal and state quarantines that began in south Florida have since spread north throughout citrus-producing counties, including Brevard, and limit the movement of citrus fruit and trees for commercial replanting. Citrus growers also continue to battle another tree disease endemic to Asia, citrus canker, and other pests.

» Nuance Communications: The Burlington, Mass.-based company specializing in voice and language technology is expanding operations in Melbourne, with plans to create 115 jobs. The company's investment is forecast to boost its total annual economic benefit to the community by 66% to more than $24 million.

» Wuesthoff Health System: The Wuesthoff hospitals in Rockledge and Melbourne have acclaimed stroke centers, and an alliance with the University of Florida and Shands HealthCare has increased their access to state-of-the-art cardiac and stroke emergency services. The alliance allows for teleconference consultations between physicians and staff, continuing education exchange and patient transfer benefits to Shands in Gainesville. Both Wuesthoff hospitals have new leaders, Tim Cerrulo, CEO at Rockledge, and Jeannette Skinner, CEO at Melbourne.

» AAR Airlift Group: The company, with operations in Palm Bay and at Melbourne International Airport, provides specialized aircraft modifications and has created more than 225 jobs in the region since 2011.

» State and local leaders are exploring the establishment of a new launch complex in Brevard that could operate independently of NASA and the Air Force's Cape Canaveral Eastern Range. Private aerospace companies, such as Space Exploration Technologies (SpaceX), would like access to a launch pad potentially offering more rapid turnaround times and scheduling opportunities.

» Tom Weinberg: The newly elected chairman of the Canaveral Port Authority Board of Commissioners for 2013 previously served as chief of staff for former U.S. Sen. Mel Martinez.

» Travis Proctor: The CEO of ndtArtemis, Proctor was among the Governor's Innovators Under 40 Award winners in 2012. The Melbourne-based IT services and consulting company founded in 2003 serves small and medium-sized businesses targeted for growth, and in 2012 merged with a local competitor.

» Gary Spulak: Spulak is president of Embraer Aircraft Holding, which, in partnership with Space Florida, is building a $24-million engineering and technology center at Melbourne International Airport, to complement its Brevard airplane assembly plant and customer center.