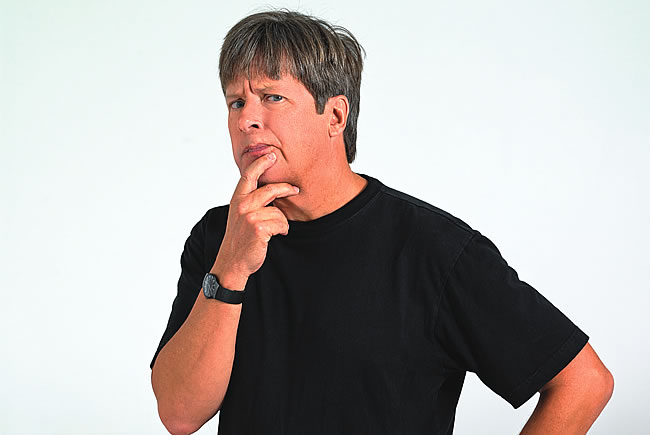 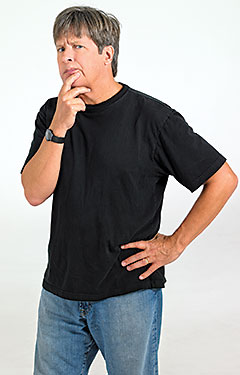 Dave Barry is a 'Florida Icon'

» Apparently, you’ve run down all the real icons there ever were in Florida. It’s a sad commentary on the state that I would be iconic. I can see myself being iconic in Delaware. There’s Joe Biden and then who?

» Rick Scott and Charlie Crist? It’s the lizard against the traffic cone running for governor. And people ask why I think politics is funny.

» My early years in the newspaper business were as a real reporter and a real editor. I really loved it, actually. It was great fun. I learned a whole lot. I learned everything I know about journalism at the Daily Local News in West Chester, Pa. The only thing is, I realized at some point, that nobody was reading anything I was writing.

» Driving in Miami is kind of a spectator sport. It’s not unlike roller derby.

» My biggest worry is that because of the career I’ve chosen, I’m afraid that somebody will go, ‘Wait a minute. This is what you did with your life?’ I’m always afraid I’ll have to get a real job.

» Key West is a very unusual little place. It keeps changing and everybody keeps saying, ‘Oh, it used to be better,’ but it’s just a little pocket of weirdness down at the end of the world, and I really like that.

» It’s amazing when you think about it: 500 years ago, there were people in Florida — and we’re not really totally civilized yet.

» I’m not a big fan of the Everglades. I know it’s a precious ecological resource, but I don’t actually believe that. I think it’s a swamp. It has a tremendous number of bugs in it and large pythons now and muck. I’m sure it’s really vital, but why couldn’t it be somewhere else? Basically, it just makes it take longer to get from here to Naples, although I’m sure the people in Naples are glad they have this giant snake-infested barrier between them and Miami. They’re afraid we’ll come over and steal their dentures or something — which we would.

» You’re a reporter and you go and cover an organization with a name like the Downingtown Regional Sewage Commission, and the meeting is 3½ hours long and involves something called interceptors, which you, an English major from Haverford College, know absolutely nothing about and never will know anything about, but you have to write 30 inches of story about it with a big headline. If I were to go back and read those stories now, I would think to myself, ‘What on earth did I think I was doing? Why would anyone care what the Downingtown Regional Sewage Commission had to say about interceptors, and why did you think you were the person to tell them?’ But that’s sort of the essence of journalism.

» There are people I admire and learn from. Carl Hiaasen is the guy closest to me that I would use as an example. The writers I loved growing up as a kid were Robert Benchley and P.G. Wodehouse. When I plot a book, especially ‘Insane City,’ my last book, the writer I most thought about was P.G. Wodehouse. But the Florida element, nobody does it like Carl.

» I was a wiseass as a kid. I was a good student, but I was a little bit of a discipline problem. I was a class clown. I needed attention, and I got my attention by making jokes and trying to get people to laugh. I was really not very good about authority, which was sort of an ongoing problem in my life.

» Anybody with completely, wildly out of control ambition and no particular views or ethics has a good shot of going far in this state — and that’s always been the way. I contend, if he wanted to, Donald Trump, in three years, could be elected governor of Florida.

» I’m a loving parent, but I think my wife is a much better parent in the sense of, you know, remembering to buy clothes and stuff like that. But my children have the gift of sarcasm, a precious gift that I gave them very early. My daughter, she’s almost 13, but when she was 2, she knew when I was being sarcastic.

» A lot of people get wrought up about the government and worry about it and I say, ‘No.’ if you just look at it as entertainment, it’s pretty funny. It’s like a big-budget motion picture comedy. It’s better for your heart probably to look at it that way.

» I like Disney World. That’s not a fashionable thing to say. Carl Hiaasen, I know, will disagree with me. I have a connection with Disney. I’ve written books for them. But we like to go there and hang out, even just to watch the people and marvel at how large so many of them are, lumbering around eating turkey legs.