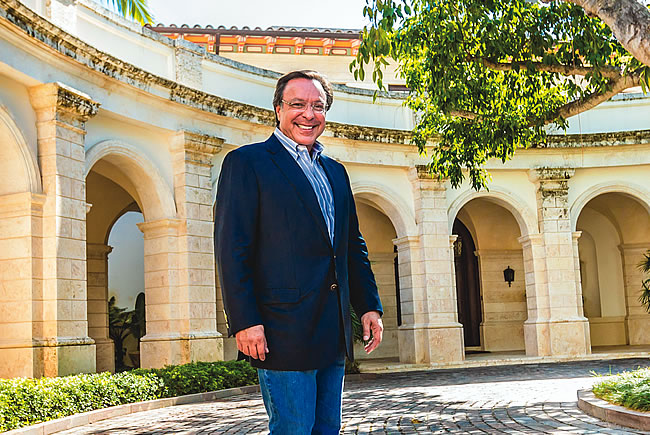 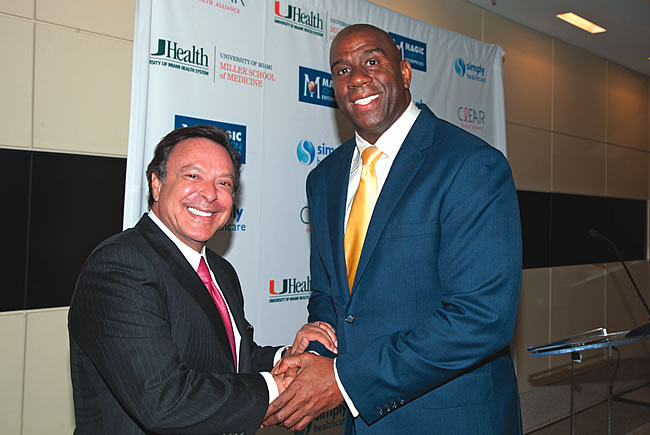 On the Other Side of a Billion

A shopkeeper’s son, Mike Fernandez came to America from Cuba in 1964 at age 12. He had unremarkable grades as a student and abandoned college. After a stint in the Army, he sold life insurance in Miami, then health insurance to small but fast-growing Air Florida. He cashed out, struggled in his next venture — he had to move back in with his parents — then hit his stride. He built health care companies, cashed out, started again, cashed out.

In 2005, he started a private equity firm, MBF Healthcare Partners in Coral Gables. Its portfolio includes Navarro Discount Pharmacy, which now posts $320 million in revenue, and a managed-care company, Simply Healthcare Plans, that has gone from $38 million in revenue in 2010 to $270 million last year and expects $600 million to $700 million this year. Simply Healthcare’s ventures include a partnership with the University of Miami and Magic Johnson Enterprises to provide services to the HIV/AIDS population in south Florida.

“We’re similar in so many ways,” says NBA Hall of Famer Earvin “Magic” Johnson of Fernandez. “That’s why our friendship has taken off just like our business. We’re excited because we’re helping a lot of people and giving them first-class health care. We’re all about best of class, too. We have to provide best customer service, great health care — not good but great.”

All told, Fernandez has had 11 companies. He owns the 4,000-acre Little River Plantation ranch in Havana near Tallahassee and a total of 9,000 acres in Florida, 25,000 acres in Alabama, a yacht, helicopter, plane and a house on Biscayne Bay in Coral Gables, with eight bedrooms, five acres, 31,000 square feet and an assessed value of $36 million.

He’s grateful, he says, to his adopted country for all of it. “You can put a glass of water in front of people and whether they drink is up to them. This country puts a lot of glasses in front of people and a lot of people choose not to drink. I come from a pretty arid place so I drink,” he says. Last year, Fernandez was invited to join Harvard med school’s Health Care Policy Advisory Council. He took a picture with his phone of the medical quadrangle at Harvard. “From high school to Harvard — only in America,” he says.

Fernandez’s personal net worth has crossed the $1 billion-plus mark, something he has mixed feelings about the world knowing. It brings unwanted attention. But, he says, it may inspire youth who see no way out of their tough circumstances. They might realize, he says, that “if this idiot can do it, I can do it too.”

Unlike many of Florida’s billionaires, Fernandez, 60, made his fortune here. Like the rest, he is coming to grips with:

» The next generation: Fernandez has high, but non-specific, expectations for his children. “I never went into my father’s business. I never had a desire for my kids to be in my business. I don’t care if you go into the sausage-making business as long as you become the Jimmy Dean of the sausage-making business,” he says. Fernandez’s oldest son, George, 33, who has an MBA, seems most interested in day-to-day operations and runs part of Simply Healthcare’s operations in Broward County. Alex, 30, who also has an MBA, is a senior associate in MBF Healthcare and is interested in investments and non-health care businesses, including agricultural holdings — cattle, horse breeding, timber. Michelle, 21, in law school, is drawn to social issues and family law. Michael, 17, is finishing high school. His youngest, Christopher, is 9.

» Wealth transfer: Fernandez has had two heart attacks and prostate cancer. “My friends tell me I’m using my lives pretty fast. I tell them I’m a bad weed and hard to kill,” he says.

As his children grew old enough, he arranged quarterly meetings between them and accountants, investment professionals and attorneys to learn the family finances. Once, he missed a meeting due to illness. His attorney told him the session without him was the best they ever had “because you were not there.” Says Fernandez, “They seem to be overshadowed by — I’ll call myself — the ‘patriarch’ in the family.” He no longer attends.

Fernandez has divided his wealth. His advisers are instructed to “protect the capital, protect the capital” with the money they oversee. For the other portion, says Fernandez, “I do the risk taking. I’m the wealth builder. The payoff may be 100-to-1. But you also have a high degree of uncertainty.”

» Charity: He created a family foundation, for which his three older children make the decisions on what to support. The foundation in the last two years has given $29 million to universities, high schools, a hospital and an art museum.

Fernandez’s outreach takes other forms as well. In November, he facilitated a visit by Johnson to East Gadsden High School near Havana to give an inspirational talk to students. “Mike is different than just a lot of billionaires I’ve met because he is such a nice guy. He’s just a good, good guy,” Johnson says. “He’s funny; he tells jokes. I think the cutest thing is he didn’t know who Earvin Johnson was. Mike is not a sports fan.

“God’s blessed this man to be special, and in return Mike is blessing other people. I never saw a man get so many hugs and smiles as Mike Fernandez.”