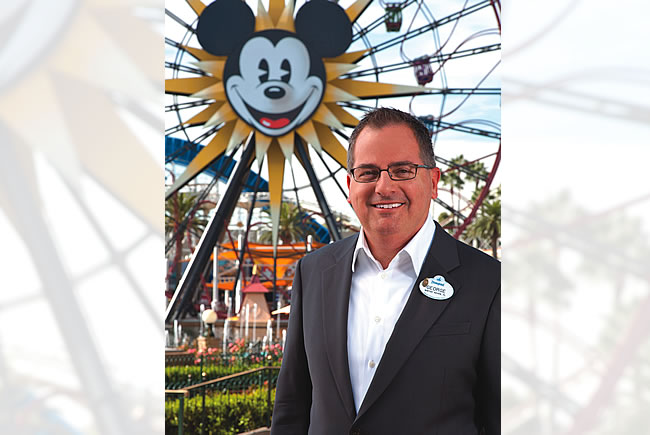 A reorganization of top ranks at Walt Disney World has brought Disney veteran George A. Kalogridis back to Orlando as president of the Disney Co.’s largest resort. Kalogridis, 59, began his career as a hotel busboy at Disney World when it opened in 1971. The University of Central Florida graduate, who rose to become president of Disneyland in California, succeeds Meg Crofton. She has transferred to the Burbank, Calif., headquarters and oversees all theme park operations across the U.S. and Europe. Michael Colglazier, vice president of Animal Kingdom park at Disney World, succeeds Kalogridis as president of Disneyland. Both report to Crofton. Josh D’Amaro was promoted to oversee Animal Kingdom, and Ken Potrock was promoted to lead Disney Vacation Club, the company’s Celebration-based timeshare business.