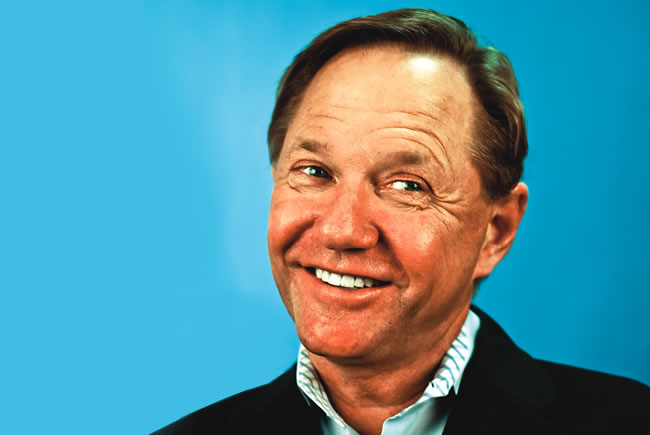 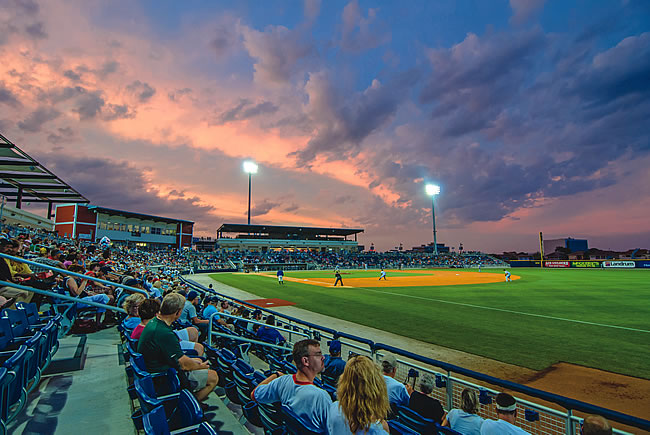 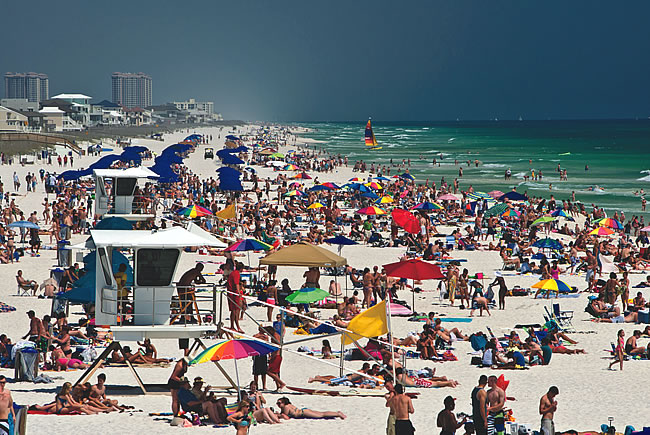 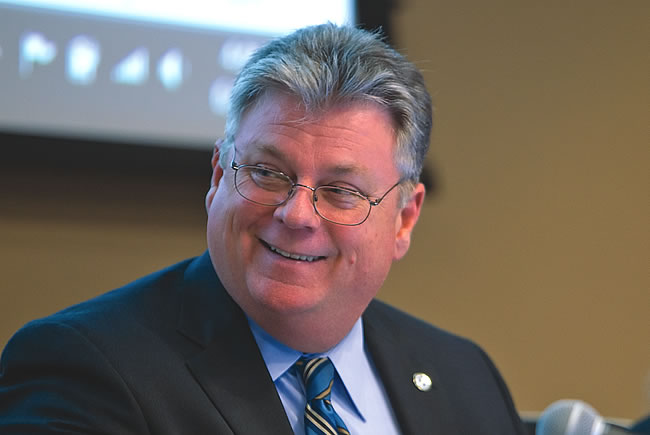 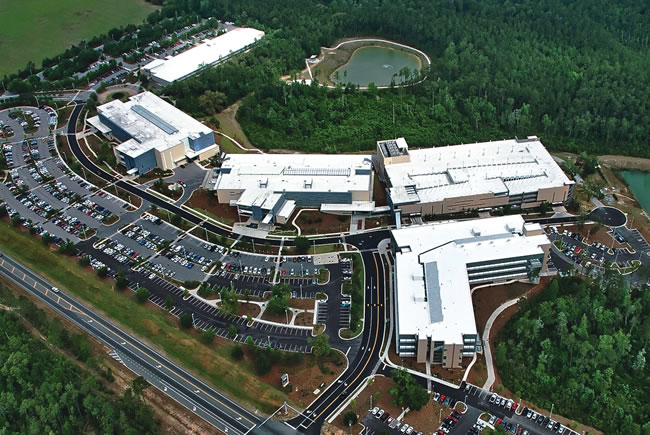 “Communities go as the flagship city goes,’’ says Quint Studer, founder of a health care consulting company. “You have to create something vibrant downtown.’’

“Bringing lots of people downtown’’ — some 4,900 per game — was the first step in Studer’s economic development plan. Retail and restaurant development and need for office space would follow, he says. As a catalyst, he and his wife, Rishy, bought two empty office buildings facing each other across Palafox Place, a city thoroughfare, where she opened two stores, Bodacious Olive and Bodacious Brew. They’re also leasing space for a half-dozen more stores and several loft apartments. To spur business interest, they started the Pensacola Business Challenge, awarding the winning entrepreneur startup money and a store site.

As for office space, “we’ve got it coming,’’ says Studer: A $12-million office building next to the Maritime Park to house Studer Group, relocating from

Gulf Breeze, and provide room for other businesses. Construction will start early this year.

“I always feel it’s important to invest in the next generation,’’ says Studer, who started his career as a special-needs teacher. “If you don’t have talent, you won’t attract business.’’ The Studers have set up a $1-million scholarship fund for students to attend the University of West Florida and Pensacola State College; they also outfitted an elementary charter school located in an economically challenged area with a music lab and laptop computers for every classroom.

Studer believes his and others’ community efforts are paying off. The 2012 Community Quality of Life Survey, a Mason-Dixon poll, showed 54% of those polled think Pensacola is headed in the right direction, compared to 23% in 2008.

Personally, he says he’s derived most satisfaction from the Blue Wahoos’ stadium. “It’s become the neighborhood, a melting pot for the community.’’

provided by BP in the wake of the Deepwater Horizon oil spill to good use. In April 2011, the oil company paid $30 million to the seven most-affected Panhandle counties, to be spent on tourism marketing. BP provided an additional $7 million in August. The marketing paid off in increased visitor counts — and big jumps in the seven counties’ bed-tax collections. Terry Scruggs, Pensacola interim vice president for tourism development, noted near year-end: “It looks like our bed tax receipts will yield another 11% bounce over the record-setting 26% in 2011.’’

Jim Murdaugh in 2012 oversaw development of TCC’s new Wakulla Center at Crawfordville and its expanded commitment to Wakulla County, including new environmental studies. He also presided over area town hall meetings to learn citizens’ views of the college’s new strategic plan, organized grant-funded classes to expand workers’ skills in manufacturing and engineering, and received the Leader of the Year award from Leadership Tallahassee, a division of the Greater Tallahassee Chamber of Commerce.

Navy Federal added 438 jobs last year to its Pensacola area operations, bringing its workforce to 2,578. It also prepared for more expansion by buying the 240-acre Langley Bell 4-H Center next door for $3.6 million. The current 602,000-sq.-ft. campus, representing a $225-million investment, will house 3,100 employees and is the largest regional office of Navy Federal, the world’s largest credit union. A master plan is under way to explore future expansion.