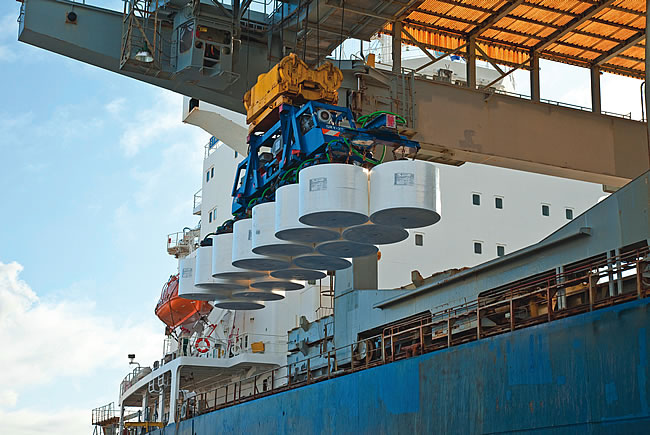 RockTenn’s fluff pulp, used in absorbent products like diapers, is loaded onto ships for export. 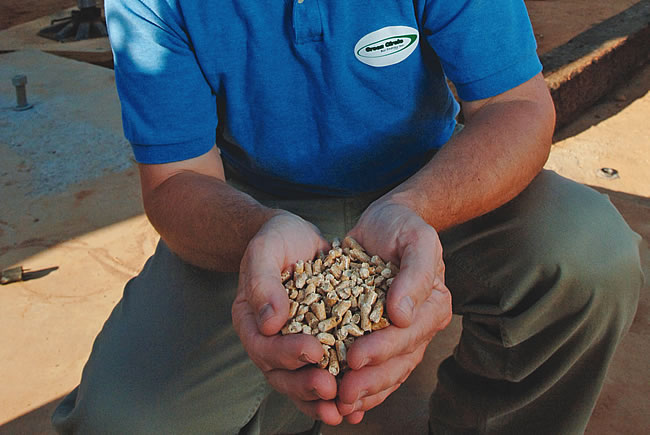 Bay County, home to northwest Florida’s largest port and its only container port, is riding a wave of international trade growth.

» Port Panama City wrapped up its fiscal year in September with a 3% cargo gain over 2011.

» The port’s biggest customer, 2008 Cottondale startup Green Circle Bio Energy, shipped more than a half-million tons to Europe and expects to maintain the momentum. The company annually buys $30 million worth of timber from regional growers to produce wood pellets at its 77-employee plant in Jackson County. The pellets are sold under long-term contracts to European electric utility companies, says CEO Morten Neraas. Production is up 10% from last year and currently at capacity.

» The Panama City Port Authority plans to build the first two buildings at its newly approved off-site Intermodel Distribution Center, designed for port arrivals awaiting pickup and U.S. delivery by rail or truck. One building site is already under contract.

» Berg Steel Pipe is close to completing a $30-million expansion at its port-site manufacturing plant, which will broaden its product range, says Vice President of Operations John Burton. The 175-employee plant makes steel pipes for the oil and gas industry, shipped largely to Canada and Mexico.

» RockTenn operates a Panama City paper mill with 475 employees and its own port, producing liner board, of which 20% is exported, and fluff pulp for absorbent products, 80% of which is exported. Markets are in Asia, Central and South America, Middle East and Europe.