Brookings Institute officials meet with Tampa leaders in June. The institute is helping the region create an export strategy. 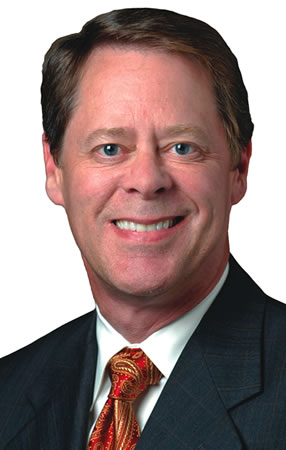 Tampa Bay accounts for 25% of Florida’s economy, yet the region generates just 15.6% of the state’s merchandise exports. “Exports account for merely 6.7% of metro GDP, ranking Tampa Bay roughly 88th among the nation’s largest metros, suggesting that too few of our exportable goods and services are advancing to sale in international markets,” says Dave Sobush, vice president of regional business planning and development for the Tampa Bay Partnership.

Boosting exports is the focus of an effort by local economic developers and the Brookings Institute, which picked Tampa Bay to be one of eight U.S. metro areas it’s helping to create strategic export plans this year. Tampa Bay’s export plan is in the works now and is due by the first quarter of 2013. It’s expected to focus on exporting more high-tech electronics, medical devices and other products.

Brookings created the program last year. After working with four metros — Los Angeles, Portland, Ore., Minneapolis/St. Paul and Syracuse, N.Y. — early results are encouraging. “They are creating buzz about exports in their areas, and they are seeing a shift in their economic development plans from trying to attract relocations to trying to build up exports from existing companies,” says Brad McDearman, a Brookings fellow and director of the Metropolitan Export Initiative.

The potential payoff is significant. Sobush says that increasing Tampa Bay exports to 9.8% of the metro’s GDP — the average percentage among the nation’s 100 biggest metro areas — would mean an additional $17.5 billion to the local economy.

“If you think about the firms here that have exportable goods and services, that’s an enormous opportunity,” says John Schueler, executive director of corporate/economic development at the University of South Florida and chair of the Tampa Bay Partnership’s regional business plan efforts. “If there are other areas around the country that are exporting similar goods and services, then we should be able to do the same. We’ve got a port. We’ve got an airport. We’ve got incredible infrastructure to take advantage of.”