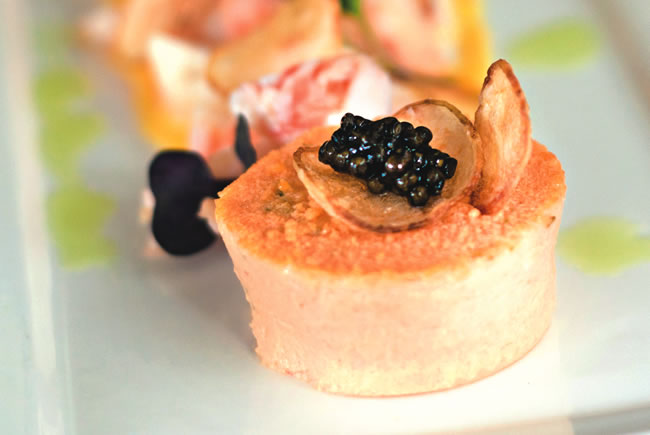 Sarasota’s Indigenous uses Mote caviar in an appetizer of smoked Gulf shrimp with a horseradish flan. 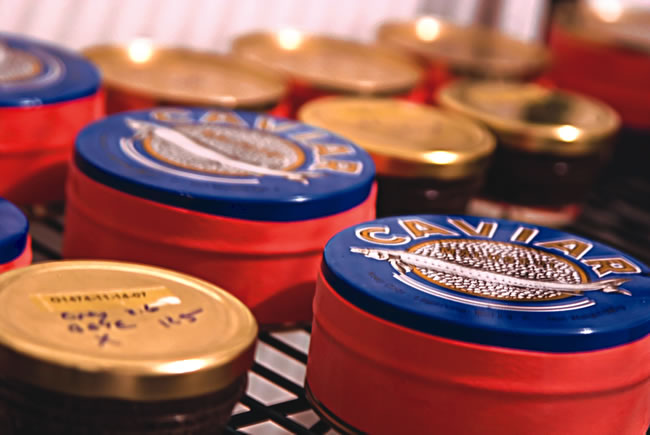 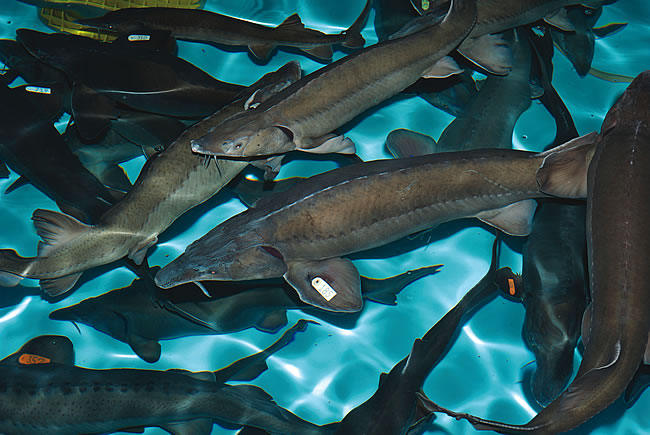 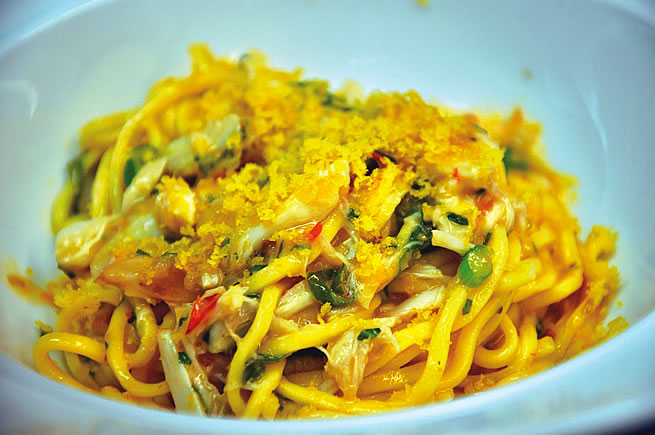 The taste of the sea in Florida cooking is more luxurious than ever, and it comes from a surprising source:

Mote Marine Laboratory in Sarasota raises 50,000 to 70,000 sturgeon at its fish farm. The following distributors sell Mote’s caviar to resorts and hotels across the state:

As in caviar. From Florida. Yes, eating “local” in Florida now means savoring the most extravagant of all foods, caviar on a spoon of mother-of-pearl.

Like the precious product imported for centuries from the Caspian Sea, Florida’s own caviar is doled out ounce by pricey ounce but is not as expensive as the famous Russian and Iranian product, which can run to hundreds and hundreds of dollars for big spenders seeking rare wild sturgeon roe.

Florida caviar from Mote Marine Laboratory in Sarasota is affordable, so chefs and ambitious foodies can use more and even put it on a home menu ($55 an ounce at Whole Foods).

Still expensive, but the taste is exquisite — a clean delicate hint of the sea but more a fresh ocean breeze than any seafood or anything like sushi bar tobiko.

“It’s a perfect middle grade,” says chef Chad Johnson of SideBern’s in Tampa, which uses Mote caviar as garnish on oysters and other dishes and also serves it with the classic accompaniments of hard-boiled eggs, toast points and creme fraiche. “It has the same butteriness, brininess and pop” of imported caviars, says Johnson. And the sturgeons also provide delicious steaks.

Mote’s caviar is harvested in a vast, earnest demonstration project of sustainable, eco-sensitive aquaculture, dedicated to restoring a variety of Florida native species with the valuable sturgeon as underwriters. The fish farm itself is located far east of the attraction in moss-draped ranchland in what looks like a tidy work camp. The yellow-and-green buildings are not barracks but shelter for dozens and dozens of recirculating, filtered tanks holding 50,000 to 70,000 sturgeon from very small fry to 3-foot adults in varying stages of growth.

The paddle-nosed sturgeon are an odd and extremely old family of fish (200 million years old), large but boneless and found in many parts of the world, including Florida, where they sometimes surface with such power they can knock over a surprised boater.

The roe of those in the Caspian and Black seas are the most prized, but with increased pollution, overfishing and regional turmoil, that caviar is scarcer and more precious, inspiring caviar dreams in fish farmers from California to Uruguay and Italy.

Mote is one of the most successful, the second-largest in the U.S., and after more than five years could break even. For director Jim Mitchell, raising sturgeon and caviar is providing lessons and soon money to support the rest of Mote’s efforts to improve native fish stock, reduce water use and energy by recycling and cut the environmental damage. Even wastewater is reused to grow plants for wetlands mitigation.

Ironically, Mote’s sturgeon are native to Siberia, a species popular with caviar farmers, yet they seem to thrive in Sarasota without air conditioning. When the females are 4 to 5 years old, the eggs are harvested and the sturgeon meat is sold as well.

The caviar is then lightly salted in a curing known as malossol. The Siberians’ roe is slightly larger than poppy seeds, similar to that of osetra, which is the middle-sized of the Caspian species. (Beluga is larger; sevruga is smaller.)

For chefs around Sarasota and Manatee County, caviar is now hyper-local. “I never expected to have a caviar restaurant,” says Steve Phelps, owner of Sarasota’s Indigenous, but now he’s so excited he uses Mote caviar every day in an appetizer of smoked Gulf shrimp on golden tomatoes with a horseradish flan. “It’s a shrimp cocktail on steroids.”

Once the “caviar” of Cracker breakfasts on the Gulf Coast, mullet roe is also going upscale to become homegrown bottarga, the elegant delicacy of southern Italy and the Mediterranean.

“Cortez bottarga” is the brainchild of Seth Cripe, a Gulf native who splits his time between Napa wine making and the Manatee mullet fishery. At Anna Maria Fish Co., Cripe and local restaurateur Ed Chiles run the only U.S. company to make bottarga as the Europeans do. The roe sack is kneaded, dried and converted into a solid form, which is then shaved or sliced over pasta (for $98 a pound wholesale).

Their customers range from Meadowood in Napa and Ai Fiori in New York to Jackson’s in Pensacola plus Sarasota and beach restaurants.