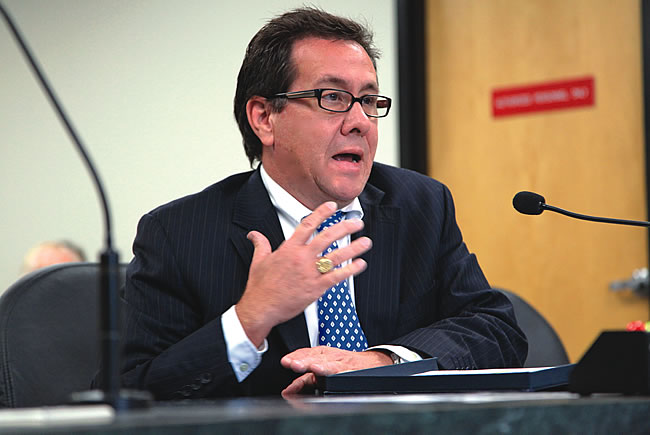 Focus: During the last 18 years, Garcia has argued clemency cases before four governors.

Goes with the job: Garcia has visited 23 state prisons.

The 30,000 to 35,000 felons released from prison each year in Florida who have been convicted of felonies can’t vote. They can’t serve on a jury. They can’t run for office. They will encounter difficulties in obtaining state or federal licenses, security clearances, government contracts and gun permits. The only way to get these rights restored is to apply for clemency, a process with new rules implemented last year by Gov. Rick Scott. Reggie Garcia is a Tallahassee clemency lawyer:

Florida Trend: What does a clemency lawyer do?

Reginald R. Garcia: We help people who have had a prior felony conviction obtain ‘mercy’ from the Florida governor and Cabinet so they can get their civil rights restored. I’m an attorney and a lobbyist, so I enjoy it because it’s really half law and half lobbying. The law part is researching the criminal case and the appellate record. The lobbying part is convincing the governor’s lawyers and ultimately the governor and the Cabinet that the applicant deserves mercy. We actually get to present 10 minutes to the governor and the Cabinet at clemency hearings, but the hard shoe-leather work occurs well before that.

FT: There have been some recent rule changes pertaining to clemency in Florida. Please explain.

FT: What has been the impact of these changes?

Garcia:“The practical effect is people have to wait five to seven years to demonstrate rehabilitation before they are eligible to seek restoration of civil rights. Some people think that is too long, but only time will tell. Law enforcement strongly supported the rule changes. Members of the state’s black legislative caucus strongly opposed them. I testified that there was already in effect a de facto two- or three-year waiting period, even without the rule changes, and that should be long enough to demonstrate rehabilitation. The sheer volume of applications resulted in the de facto waiting period. More than 30,000 people are released from prison each year.

FT: Why does clemency matter to your clients?

Garcia:Almost every clemency applicant I have represented in 18 years is a business owner or professional who had a prior felony conviction, usually as a young adult, and now they have a roadblock to obtaining state or federal licenses, security clearances, government contracts, better jobs and even volunteer opportunities with non-profits. Clemency is the ultimate second chance, where the state’s highest officials recognize that someone has turned their life around. It’s an incredible achievement in the fourth-largest state to say the governor and Cabinet granted me a full pardon or granted me firearm authority or granted me restoration of my civil rights. You almost have to be there to see it. The people openly weep when they are successful because in many cases they’ve devoted years of their life, their blood, sweat and tears, to redeeming themselves.”