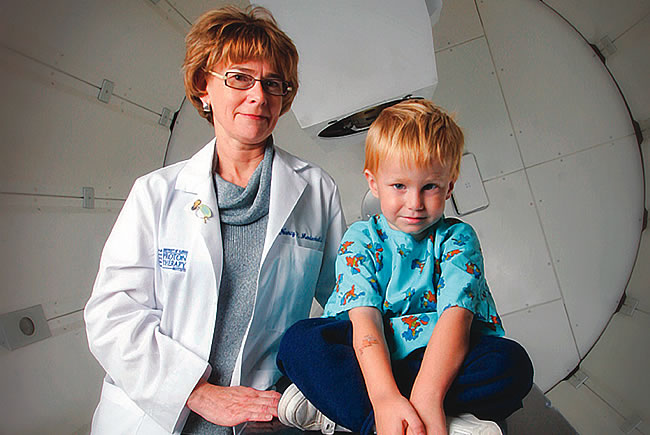 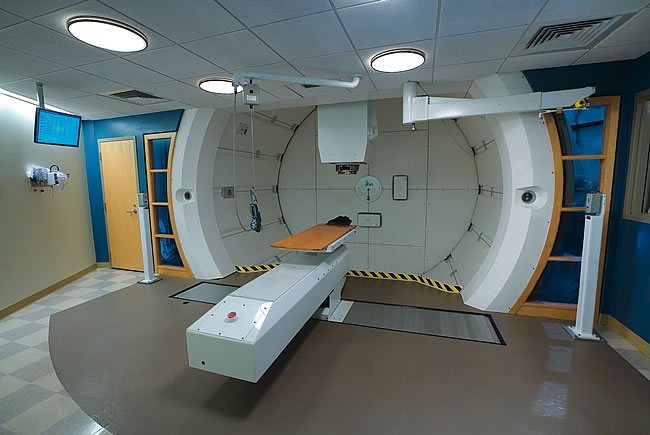 UF's proton therapy machine.  The average payment for treatment at the UF institute is $70,000.

Proton therapy centers are proliferating in Florida, highlighting both the medical industry's push to create new technologies -- and their role in driving health care costs.

When it opened in 2006, the University of Florida’s $125-million Proton Therapy Institute was the only one in the Southeast and only one of five in the country.

No longer. There are now 10 centers in the United States. And in Florida, cancer centers at the University of Miami, Boca Raton Regional Hospital and South Florida Radiation Oncology are now pursuing plans to purchase their own proton therapy machines.

As with many capital-intensive technological advances, the question about proton therapy is how much of an improvement it represents, and whether the marginal improvement is worth the increased cost.

Protons are subatomic particles that can be used to destroy tumors. Protons, unlike the X-rays used in traditional radiation, can be aimed more precisely and do less damage to surrounding tissue.

There’s no question, however, that proton therapy is more expensive than traditional radiation. New, smaller proton beam machines start at $25 million, but larger machines can run more than $200 million. That level of investment means that in order to see a return, providers need to treat a lot of patients — and get the federal government and private insurers to pay steep fees.

The average charge for therapy at the Proton Therapy Institute is $160,000, though the average payment is $70,000, with Medicare reimbursing $56,000. That’s about double the cost of traditional radiation. In 2009, the institute generated revenue of $46.8 million, with profit of $8.3 million. With 800 patients last year, the institute has likely increased its revenue since.

Does the mere presence of a new technology generate its own demand? UF Proton Therapy Institute medical director Nancy Mendenhall says she is “not worried at all” that she’ll have to compete for patients with the new centers in Florida. At least one study indicates the presence of new medical technologies means patients are more likely to be treated with them — in part because patients view new technology as automatically “better.”

That’s one reason health care costs are so high, says Kenneth Goodman, director of the University of Miami’s bioethics program and the Florida Bioethics Program. America’s health care system offers “really cool gadgets. It’s not clear our health is any better for it.”