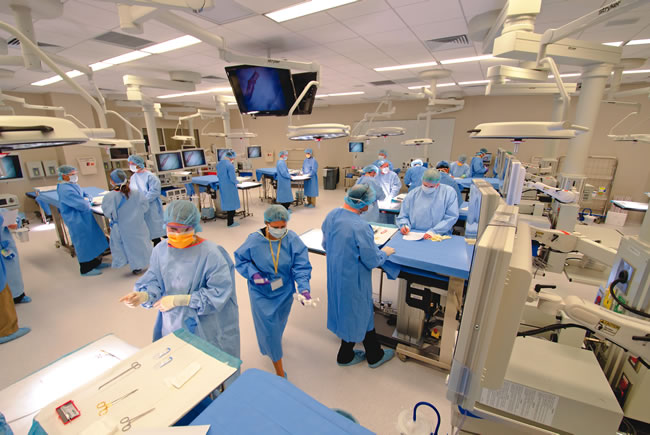 The Center for Advanced Medical Learning and Simulation in downtown Tampa has 21 surgical skills labs, a trauma operating room and a synthetic cadaver. 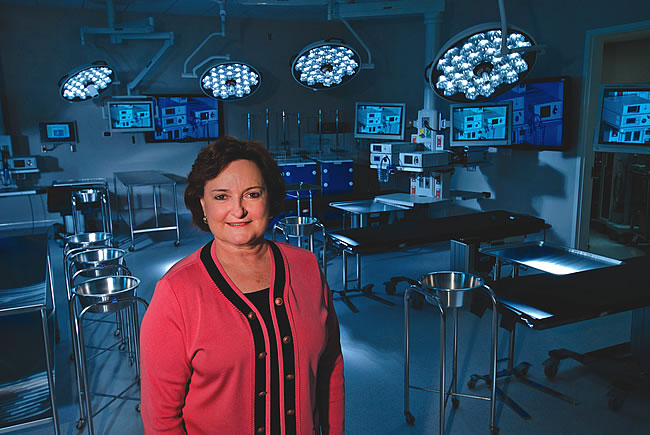 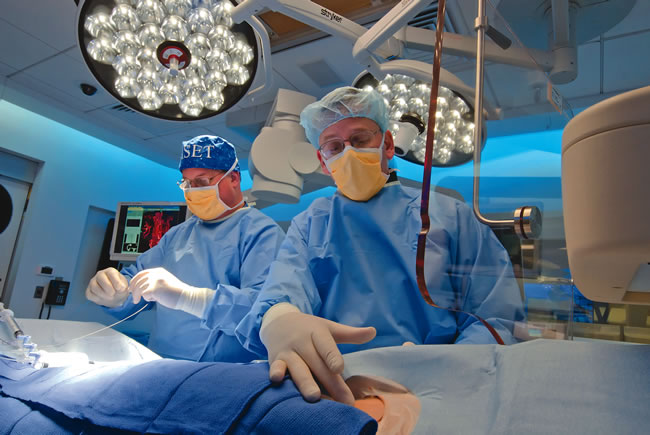 The Center for Advanced Medical Learning and Simulation also serves as USF medical school’s instructional program for some residents and med students. 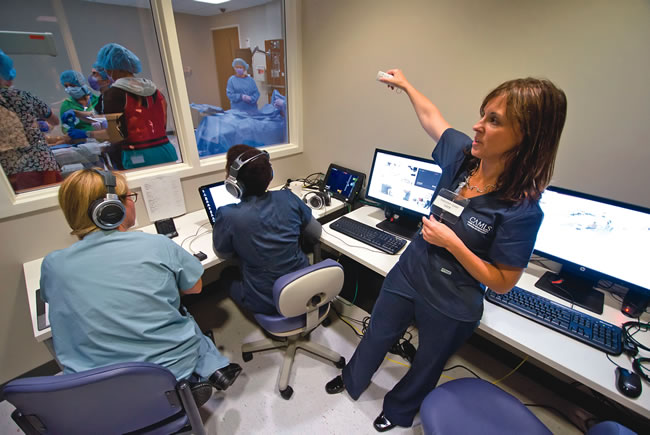 Both the Nicholson Center and CAMLS tout themselves as economic drivers, attracting groups of affluent physicians as “tourists” and highlighting the medical and high-tech profiles of their respective communities. 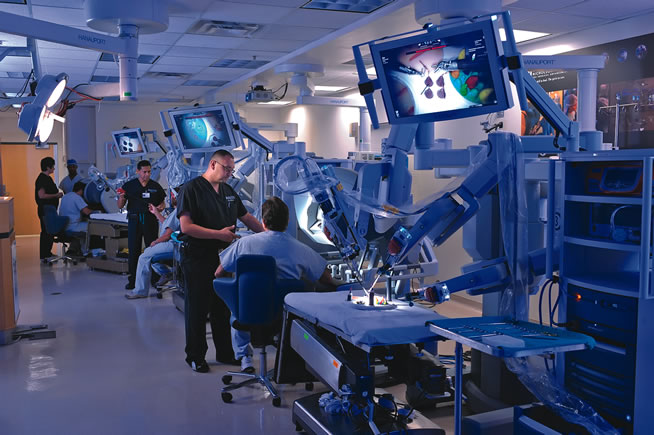 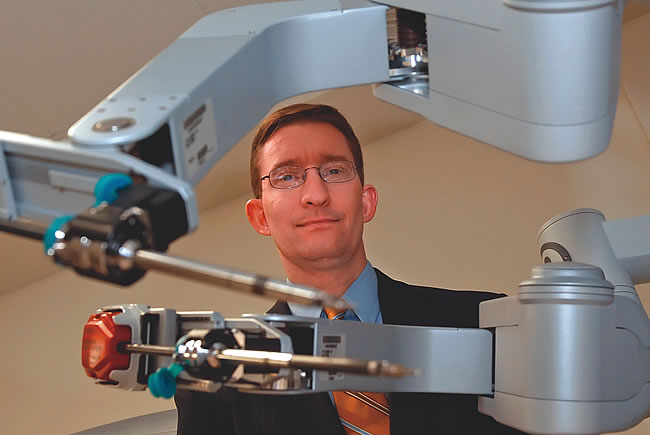 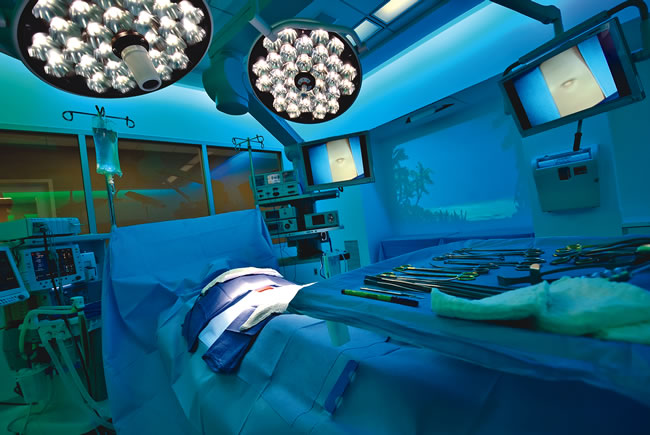 While competitors at some level, both the Nicholson Center and CAMLS (pictured) also collaborate on research and technology development.

Doctors and other medical professionals travel to Florida from around the world to learn at two of the most prominent training facilities in the country.

In a pristine mockup of an operating room in a building in downtown Tampa, a young surgeon sits at a video game-like console, staring intently at a high-definition monitor a foot in front of her face. With two joysticks, she manipulates a nearby surgical robot whose giant arm looms over an operating table and extends down inside an anesthetized pig on the operating table.

Focused intently on the image of the pig’s insides on the monitor, the surgeon uses the joysticks to steer a pair of tiny scissors and minuscule pliers to hold and cut fine layers of tissue.

A technician employed by the robot’s manufacturer stands close by, watching the procedure unfold on another monitor, offering tips and instruction as the surgeon proceeds.

As medical devices, surgical robots and treatment procedures become more complex, the need to efficiently train doctors, nurses, medical students, biomedical engineers and medical company technicians grows along with the complexity of the machines and procedures.

Around the U.S., a handful of training centers has emerged where that entire spectrum of medical personnel — American and foreign — come to learn about cutting-edge devices and procedures using advanced simulation techniques. Notably, two of the most prominent are in Florida — Florida Hospital’s Nicholson Center in Celebration near Orlando and the University of South Florida’s Center for Advanced Medical Learning and Simulation (CAMLS).

Target: 30,000 medical personnel a year, including onsite and those reached through teleconferencing

Mannequins and role-playing scenarios are not new to medical education, but the “capacity to use high-fidelity simulations, virtual reality and concepts from the gaming industry” will play an increasing role in medical education in the 21st century, says Deborah Sutherland, CEO of CAMLS.